Blair bounces back to beat Northwest 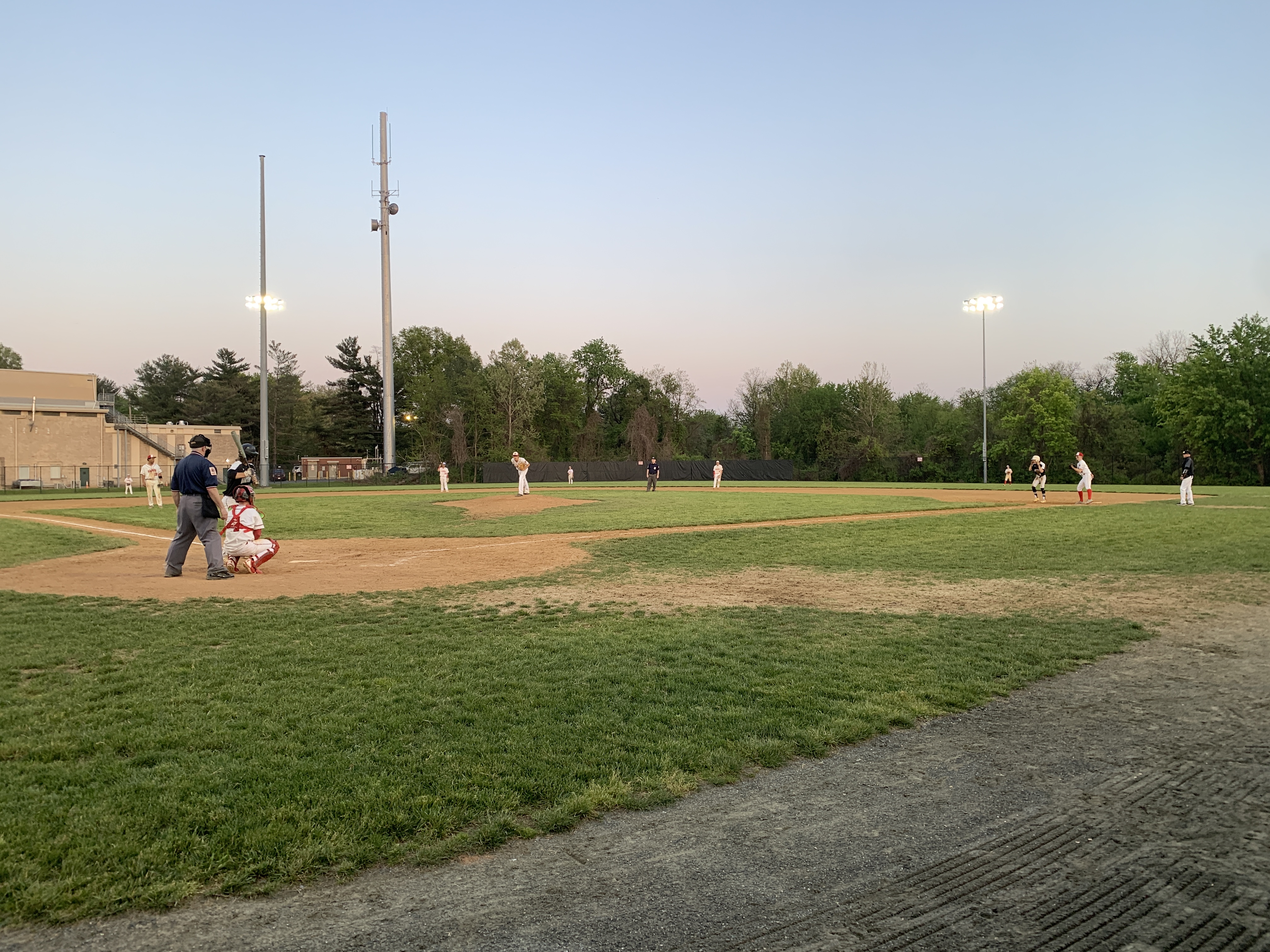 Photo: Senior pitcher Yasha Van Praagh looks in for the sign from sophomore catcher Logan Stillerman before delivering a pitch against Northwest on Monday, May 2

Photo: Senior pitcher Yasha Van Praagh looks in for the sign from sophomore catcher Logan Stillerman before delivering a pitch against Northwest on Monday, May 2 Photo courtesy of Sachin Parikh.

On Monday, May 2, the Blazers played one of their best games of the season against the Northwest Jaguars, with exceptional pitching and consistent, well-placed hitting.

Blair played well defensively, staying on top of fast ground balls and reacting quickly to keep the Jaguars’ runners from reaching the bases. However on the offensive side of the ball, the Blazers were not able to get on base, popping up the ball and fouling away hittable pitches.

Neither team was able to make much progress offensively in the first four innings, but the Blazer offense started to show signs of life and put runners on base frequently.

This pattern shifted in the top of the fourth inning when a Northwest batter hit a line drive to right field for a base hit, scoring the runner on second for the first run of the game. Blair threatened in the bottom of the inning, but their rally was snuffed out by two consecutive flyouts to center.

In the top of the 5th inning, the Jaguars put pressure on the Blair infield and loaded the bases. Senior Pitcher Yasha Van Praagh withstood the pressure, however, striking out one batter and inducing a ground ball to first base to stop any potential runs.

When the bottom of the fifth came, it was the Blazers' turn to redouble the offensive pressure. This time, it worked. Powerful hitting, base stealing and a multitude of errors from the Northwest defense earned Blair four runs, propelling them past the Jaguars to bring the score to 4-1.

But in the sixth inning, the Jaguars showed they were ready for a back-and-forth fight, constantly getting hits into the empty parts of the outfield. The Blazers’ outfielders tried their best to get to the constant fly balls, but the Jaguars scored two more runs, putting the score at 4-3.

Even though their lead was much slimmer, the Blazers continued the momentum of the previous inning. A force out on first base, however, prevented Junior Jack Bevington from scoring Blair’s fifth (and his second) run of the game.

In the top of the seventh inning, Northwest was threatening. Van Praagh was attempting to pitch a complete game, but they managed a runner on second with two outs. Coach Kyle Wannen came out of the dugout and subbed Van Praagh for hard-throwing junior Ricky Reeves. Van Praagh received hearty congratulations from teammates and the crowd for his near-complete game efforts.

After a passed ball by sophomore catcher Logan Stillerman and a questionable catcher's interference call, Northwest had runners at first and third. Reeves needed to secure one out and the game would be over.

Reeves used his mid-80s fastball and wipeout curveball to keep the Northwest hitters off-balance. He punctuated the night with a devastating curveball for a strikeout to secure the clutch win for Blair.

Even though the team performed well overall, Coach Eric Saul thought that strong hitting was especially key in allowing Blair to wear down the Jaguars. “It was just a matter of time before we found the gaps,” Saul said.

Senior catcher Logan Stillerman believed the win was one that the team needed, given its losses this season and the trials still ahead. “This win is definitely going to give us some more energy and confidence in ourselves going into playoffs”, Stillerman said.

Yasha Van Praagh also recognized the importance of a morale boost before playoffs. “We have our last five games of the season on Monday, Tuesday, Wednesday, Friday and again on Monday, so we’ve got to keep this momentum going forward”, Van Praagh said.

The Blazers play their next game tonight at 7 p.m. against Northwood. It will be senior night.

Gabe Prevots. Hi, I'm Gabe (he/him), a senior at Montgomery Blair High School and the features editor of SCO. I enjoy biking, video games and correcting minor mistakes in my stories. If you find any, let me know! More »