The Blazers won 78-66 against the Cavaliers

The Blair boys' varsity basketball team (7-2) defeated Kennedy (3-5) by a score of 78-66 in their fifth home game of the season on Monday night.

Despite losing the tip-off, the Blazers started the first quarter strong. Thanks to baskets by junior guards Alfred Worrell and Jacob Briggs, Blair was leading 7-0 within the first minute of the game. Though the Cavaliers got back into the game, baskets from junior guard Roman Cannuscio, Worrell, senior guard Liam Olagbaju and junior center Tommy Waltz-Chesnaye kept Blair in the lead. The Blazers ended the first quarter strong up 21-10. 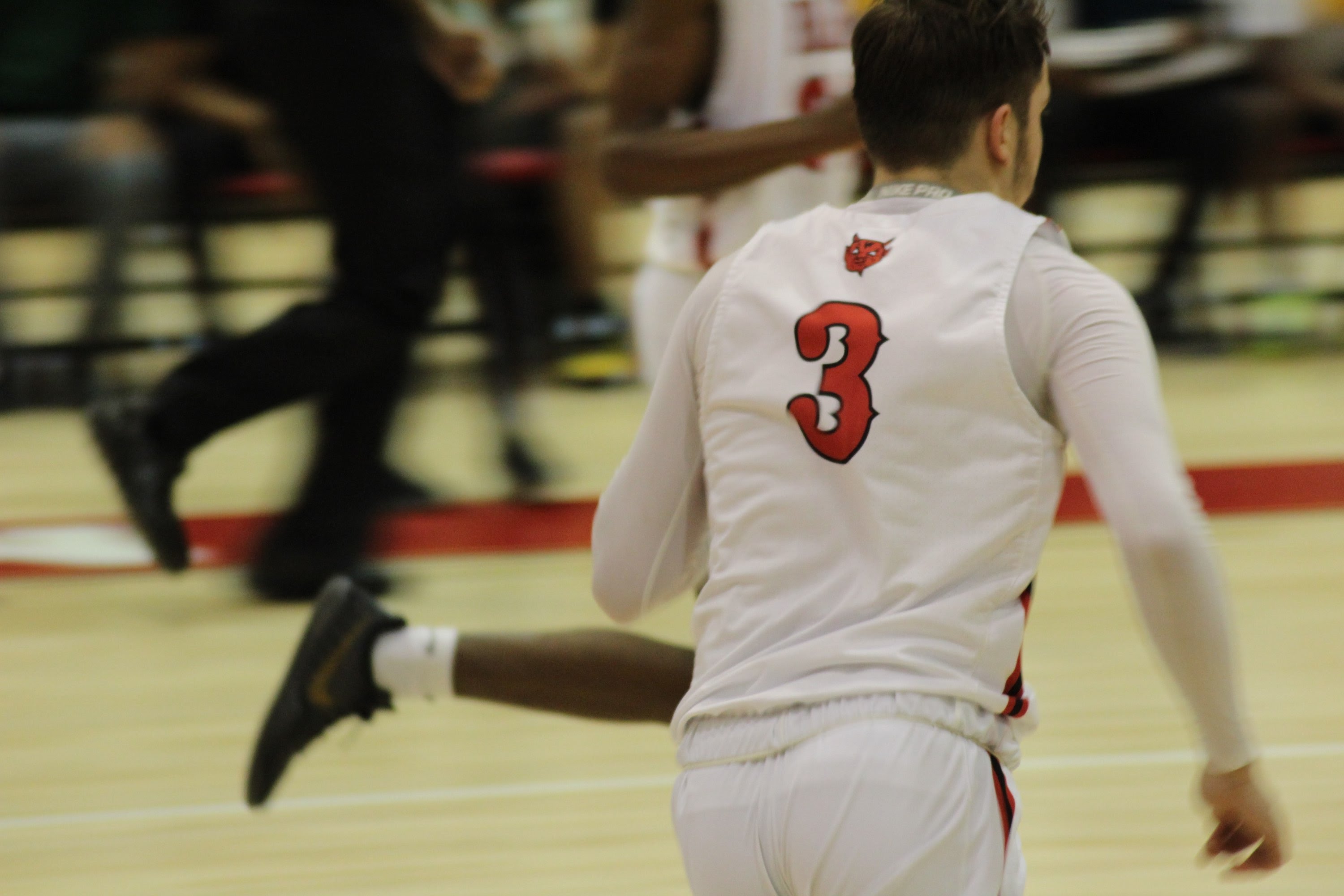 In the second quarter, Kennedy continued to struggle as its players committed multiple fouls and gave Blair several free throws. Briggs and senior forward Bakarr Bangura played exceptionally, scoring a combined 15 points for the team in the second quarter. At halftime, Blair was leading 44-25.

Although the Blazers were leading by 19 points, there were many turnovers from both teams in the second quarter. Waltz-Chesnaye thought that the team could tighten its plays and limit turnovers. "There were points in which it [the game] got kind of sloppy. We had a lot of long passes where we kind of threw the ball away," he said. Coach Damon Pigrom also showed concern regarding turnovers. "[We can improve on our] ball security," Pigrom said. "I think we turn over the ball too much."

Throughout the third quarter, the Blazers maintained their enthusiasm and continued making solid plays. But, the Cavaliers started to catch up as they followed up many of Blair's baskets with an immediate goal of their own. The quarter ended with Kennedy making 19 points and Blair 20 points. Still, the Blazers were ahead by 20 points, with the score being 64-44 going into the final quarter.

When the fourth quarter began, the Blazers started to lag a little, resulting in many more turnovers. The Cavaliers took advantage of this, scoring a total of 22 points throughout the last quarter. Especially in the last three and a quarter minutes of the game, Kennedy significantly outscored the Blazers. But in the end, Kennedy could not mount enough points and Blair came out with a 78-66 victory.

Waltz-Chesnaye noted that it was a good game, though there were some areas for improvement. "I think it was a good team win," Waltz-Chesnaye said. "I think an important thing going forward is limiting turnovers." Pigrom praised the team's defense and said that it could still work on its offense some more. "Defensively, we were pretty good," he said. "[But] we are not running our offenses as well as we want to."

The Blazers will play their next home game on Wednesday, Jan. 15 against Springbrook at 7:15 p.m.