The Blazers win 70-47 against the Cougars

The Blair boys' varsity basketball team (5-1) defeated the Quince Orchard Cougars (5-2) by a score of 70-47 in their third home game of the season on Monday night. The game, originally scheduled for Dec. 16, was moved to Jan. 6.

The beginning of the first quarter was tight as Blair and Quince Orchard traded buckets, leaving the score 6-6. During the latter half, senior forward Bakarr Bangura made five field goals with assists from junior guards Roman Cannuscio, Jacob Briggs and Michael Ayala, contributing 10 points to the team. The most impressive moment of the first quarter, and arguably the entire game, happened in the last second of the quarter when Cannuscio took a shot from the midcourt line and made a three-pointer. At the end of the first quarter, Blair was ahead of the game, 23-10. 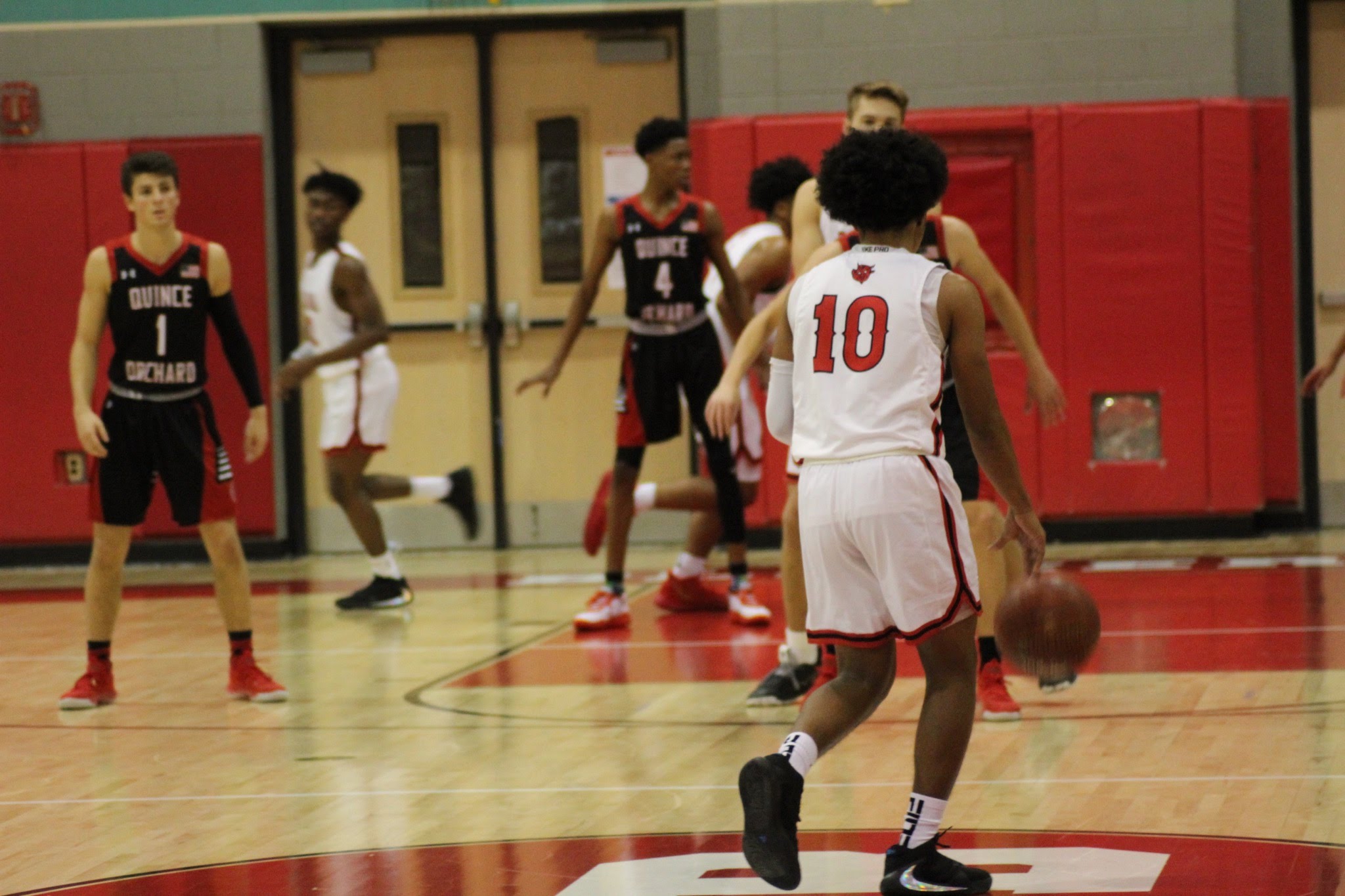 With the Blazers starting off the second quarter with more than double their score, the Cougars attempted a comeback. The Cougars were able to close the gap to 7 points, bringing the score to 28-21. However, within a matter of minutes, Cannuscio and junior guard Alfred Worrell scored a series of three-pointers and free-throws. The second quarter ended 43-28.

Both the coach and the players agreed that Blazers started off strong and played well. "I think we played really well as a team," Cannusio said. "We came out strong in the first quarter and we really extended the lead and put them away early. We were able to get things going early and keep the momentum."

Through the third quarter, Quince Orchard lagged behind even more as they struggled to keep up with the Blazers. Worrell, senior guard Liam Olagbaju, Ayala, Cannuscio and senior center Leon Johnson made shots, keeping Blair in the lead. The gap between the teams' scores peaked at the end of this quarter, which ended with a score of 63-38.

By the start of the last quarter, it was almost certain that the Blazers would take home a victory. Although the Blazers slowed a little, scoring only seven points in the quarter, the boys ended the game with a solid 70-47 victory.

Coach Damon Pigrom said that the team played well together and that the players trusted each other. "I thought it was a very good team effort," Pigrom said. "We shared the ball. We defended and we were able to win." Pigrom, however, did point out that the team needed to work on consistency. "The main thing is probably being more consistent about playing as a team," Pigrom said.

The Blazers will play their next home game on Thursday, Jan. 9 against Sherwood at 7:15 p.m.