The Blazers win 68-44 against the Titans

The Blair boys' varsity basketball team (3-1) won against the Einstein Titans (0-3) by a score of 68-44 in their second home game of the season on Friday night.

In the second quarter, the Titans had a chance to mount a comeback. Two minutes and thirty seconds in, an Einstein player made a three-pointer, briefly putting the Titans in the lead with a score of 25-23. The second quarter ended with a close gap between the teams, 35-33.

Throughout the third quarter, the Titans struggled to keep up with the Blazers. Worrell, senior forward Bakarr Bangura, junior guard Michael Ayala, senior guard Liam Olagbaju and Waltz-Chesnaye all made crucial shots, keeping Blair in the lead. The gap between the teams furthered, as the third quarter ended with a score of 52-40.

The last quarter was halted throughout with many timeouts called by the coaches. For the last two and a half minutes of the game, the Blazers successfully prevented the Titans from scoring. The game ended with an Einstein player taking the ball out of bounds. The game was over, and the boys came out with a 68-44 victory. 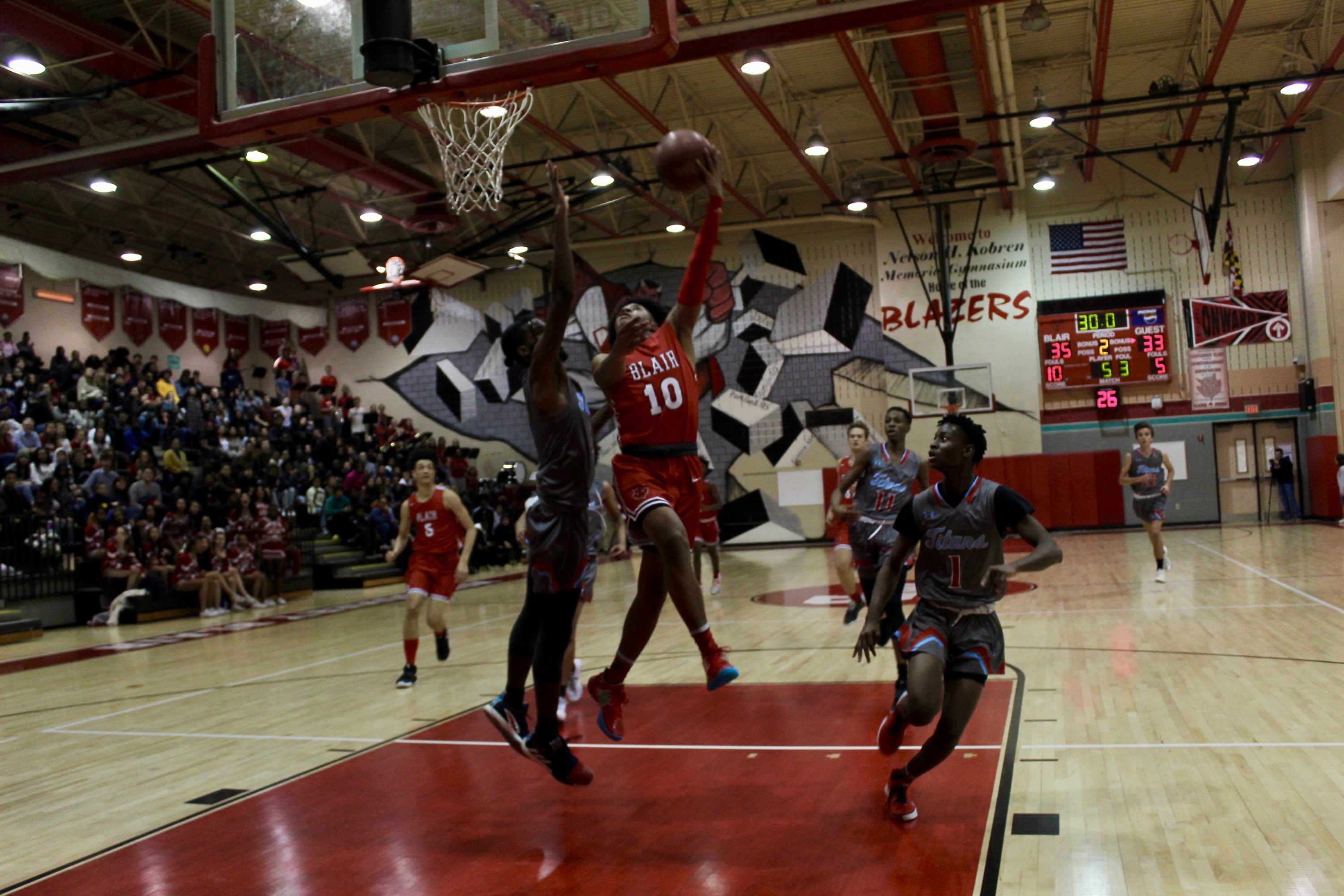 The Blazers learned from their last lost to Thomas Stone. Junior guard Khalif Welch thought that the team was more unified than the previous home game. "I feel like we were more together than the last game against Thomas Stone," Welch said. "We were dismantled. Now we are getting in our footing now. We know our defense. We are more knowledgeable." Coach Damon Pigrom still thought that there were some areas to improve on. "In the first half, we played undisciplined which kind of catered to Einstein's style of play," Pigrom said. "We have to pay attention to detail more."

The Blazers will play their next home game on Monday, Jan. 6 against the Quince Orchard Cougars at 7:15 p.m.