Blazers edge out the Blue Devils in a last minute victory

The Blair boys' varsity soccer team (2-0) defeated Springbrook Thursday night with a crucial last minute goal from Austin Kokkinakis to secure the 1-0 victory. The outcome of Blair's win over Springbrook was unpredictable up until the game's final moments. Both teams continued to push themselves throughout the entire match, which resulted in a constant battle for control of the ball."It was hard fought and the teams were even, but we had a little brilliance from captains Jordi [Long] and Austin," said coach John Haigh after the game.

The beginning of the game signified its evenly matched, defensive nature, as possession shifted rapidly and neither side seemed to make any progress. In the 15th minute of the game, Blair's offense made an excellent effort with a shot on goal to the top right corner, but the effort was blocked by Springbrook's goalie at the last moment.

After eight minutes of midfield passing with a few weak moves from both sides, a Springbrook attacker was able to get through Blair's defense and shoot from within the box. He was quickly surrounded and stopped by all three of Blair's defenders. 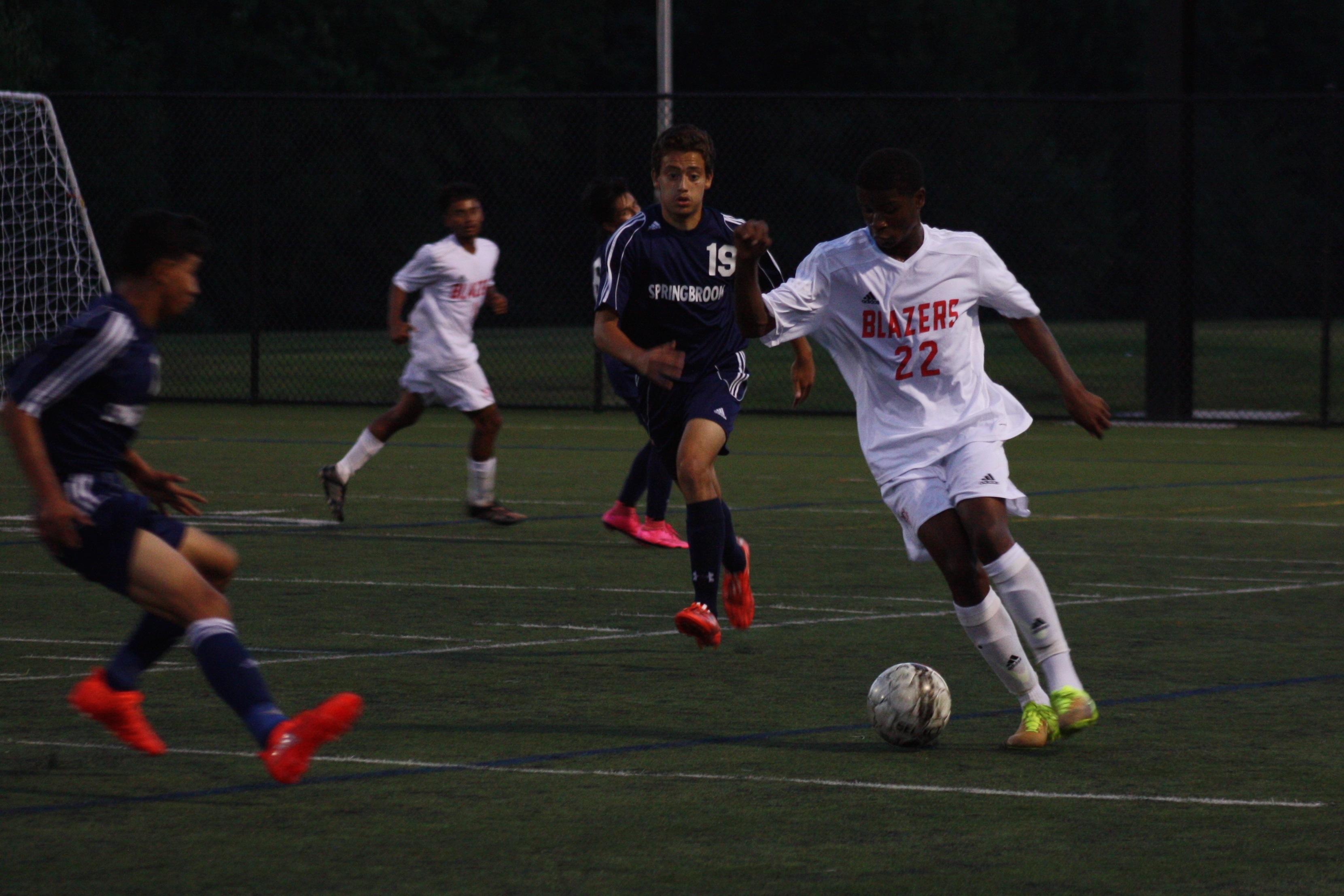 "We had a lot of opportunities to score but didn't capitalize on them," said senior Alex Sarri-Tobar, who blocked a Springbrook forward's shot attempt with a header as the game's intensity began to increase in the second half. Shortly after, with 35 minutes left in the second half, senior Jordi Long took a far shot on goal, but it missed high as the ball went above the goal and through the field goal post. "We fought a lot harder than our first game, that was the biggest change," said Long when comparing this game to the season opener.

After ten minutes the aggressive back and forth continued, with a mid range center shot from Springbrook stopped by Blair's goalie Ricky Benitez, and another long shot from Blair being caught a mere moment before it could enter the goal.

With less than nine minutes on the clock, Blair's repeated aggressive plays paid off, when Austin Kokkinakis scored the first and only goal with a header, winning the match for Blair. "I'm happy we scored at the end of the game and got the result we deserved," Kokkinakis said after the match.