Tenth win of the season puts Blazers in first place

Blair varsity boys soccer (10-1) beat the Walter Johnson Wildcats (9-1) 2-0 to bounce back from their 2-1 home loss to Whitman the game before. The victory boosted Blair into first place in the south division over the formerly undefeated Wildcats.

This battle between the two strongest attacking teams in the county had all the makings of a high scoring affair, but early on it turned into a defensive battle. Neither Blair nor Walter Johnson was able to create any chances until the 16th minute, when a Wildcat striker took a long shot towards the far left corner of the Blazers goal, which was saved by senior goalkeeper Charlie Waltz-Chesney.

Eight minutes later, Blair senior striker Michael Lake countered with a shot from just outside the box, which was also saved by the keeper at the far post. This marked the first of only two shots on goal in the first half.

In the 36th minute, junior midfielder Jordi Long lobbed a long cross up the middle ahead of senior striker Jimmy McMillian, who trapped the ball in stride and calmly slotted it into the bottom right corner of the goal.

According to Long, his first half assist and the team's strong play throughout the game was what led Blair to an important victory. "We just really played well as a team and we connected passes better than we have all season, and we finished our chances," said Long.

The Blazers maintained their momentum going into the second half, and came out strong, keeping the ball on the Wildcats' defensive third for the first ten minutes. However, it was Walter Johnson that had the first scoring chance, with a free kick in scoring range in the 18th minute. A strong shot led to the second save of the night was by Waltz-Chesney.

Six minutes later, Walter Johnson got a breakaway, earning a one on one opportunity on goal, which was once again saved by the outstretched hands of the Blair goalie. According to Waltz-Chesney, Blair's success was largely due to strong play along the back line. "We defended really well, and kept their strikers from having too many opportunities, and we did a better job of marking than last game," explained Waltz-Chesney. 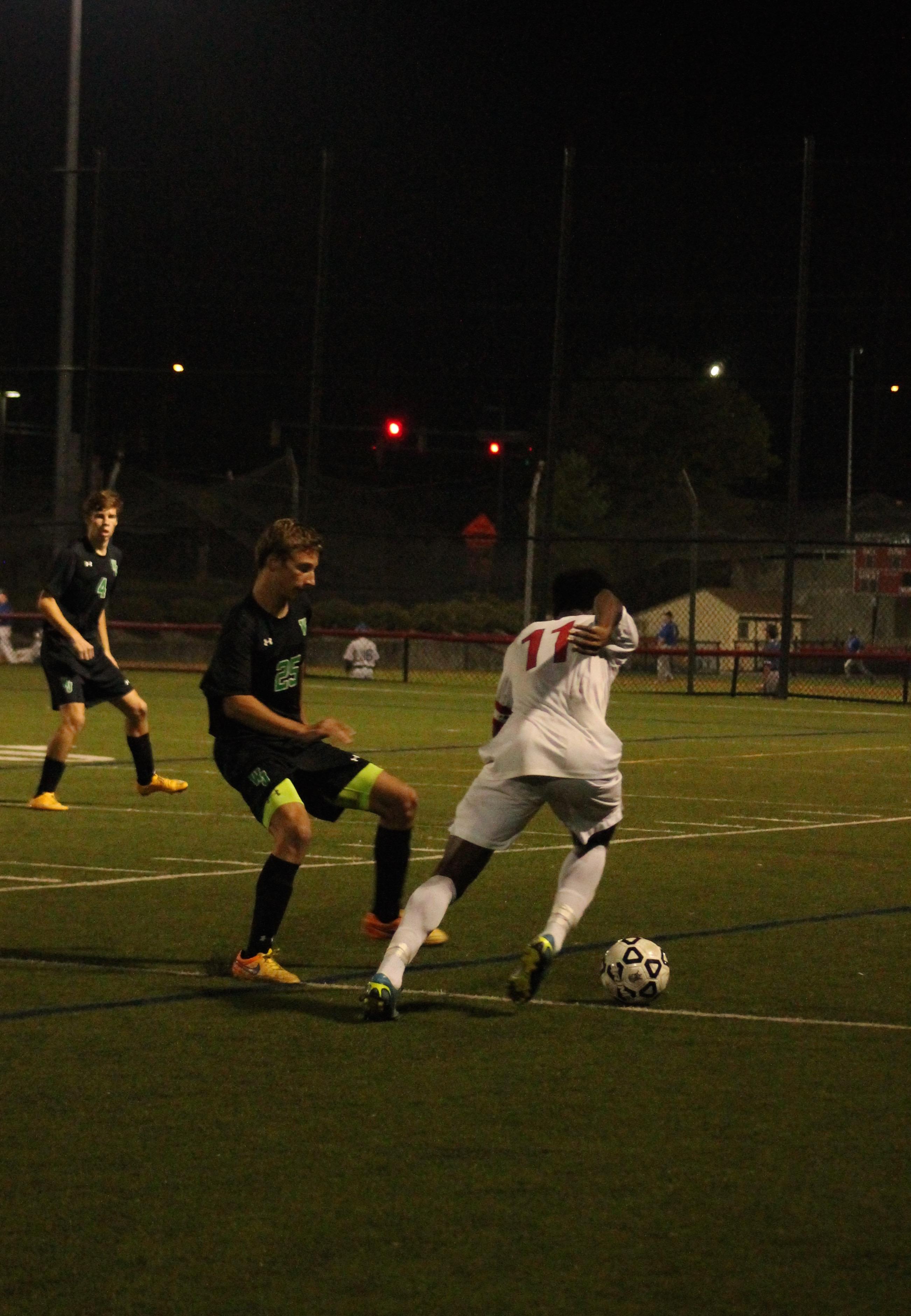 Photo: Senior striker Jimmy McMillian takes off for his second goal of the night.

Photo: Senior striker Jimmy McMillian takes off for his second goal of the night. Photo courtesy of Hannah Rapp.

Nearing the end of the game in the 72nd minute, the Blazers put the game out of reach with another breakaway goal from McMillian, who attributed the two-goal performance to teamwork. "We did a really good job of playing simple, and choosing the early ball so that we could possess and eventually open up the holes in their back four," said McMillian.

The Blazers hope to snag another home victory on senior night against Sherwood next game.