The Blair boys' varsity soccer team (1-1) defeated the Clarksburg Coyotes (1-0-2) by a score of 2-0 on Sept. 11. Blair's offense came alive after a scoreless first half, with several shots on goal and two goals. Throughout the game, Clarksburg's offense couldn't capitalize on their opportunities to score. In the second half, senior Ryan Halli snuck one past the keeper for the first goal of the game. Head coach Edvin Hernandez only used a few substitutes during the game, including Halli. "Today coming in, as a substitute player, we needed that boost and [Halli] gave it to us," Hernandez said. 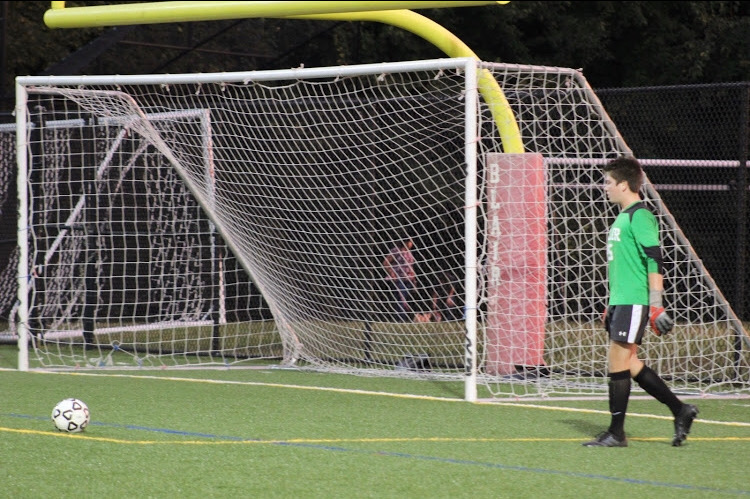 Following Halli's goal, Clarksburg conceded a handball, giving senior Walter Sosa a penalty kick goal. The Blazers showed a lockdown defense, with senior captain and goalkeeper Brennan Moore's four saves and junior goalkeeper Donovan Cox's three. With their first win of the season, the team is confident that they have more to come. "I think we have a great team and a great coach and we're going to go far into the playoffs," Moore said.

The Blazers play their next home game against the Churchill Bulldogs at 5:30 p.m. on Monday, Sept. 16.