The Blair boys' soccer team (5-3) took down the Kennedy Cavaliers (3-5-1) by a score of 3-2 on Oct. 2. This win lifts Blair's conference record to 3-0 after defeating Paint Branch and Springbrook in September.

Both teams struggled offensively in the first half, with few shots on goal and lots of great defensive play. Just 14 minutes into the first half, senior defender Silas Reitsma received a ball and chipped it over Kennedy's goalkeeper to put Blair up by one. Blair's defense, led by senior goalkeeper Brennan Moore, was able to keep Kennedy without the ball in the first half. 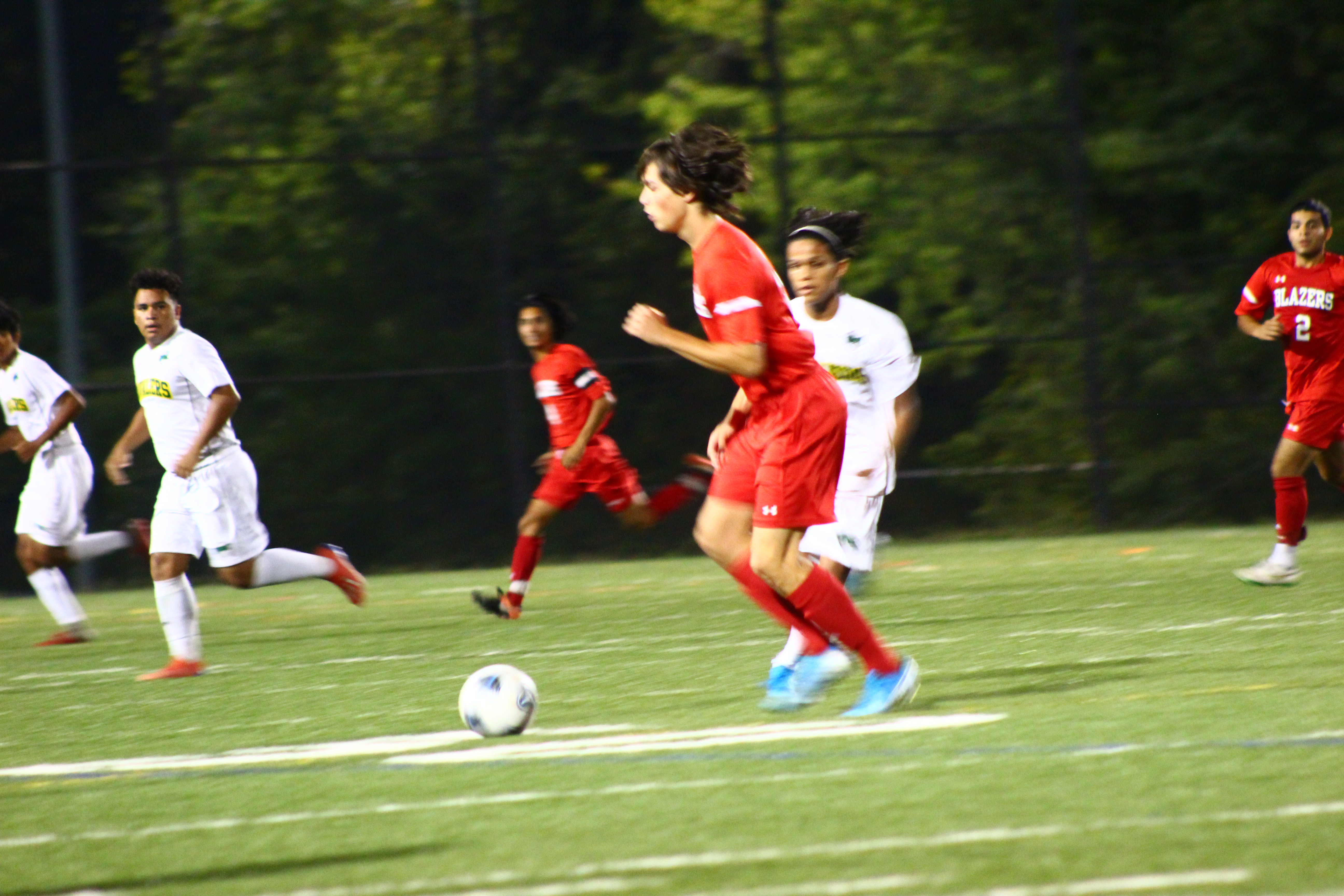 The second half was a different story. Kennedy's offense came out swinging and immediately tied the score. Soon, Kennedy played a ball ahead of the Blazers' defense and scored again, giving the Cavaliers a 2-1 lead. With 13 minutes remaining in the game, sophomore forward Alexander Hernandez was fouled in the penalty box, giving the Blazers a penalty kick that senior midfielder Walter Sosa capitalized on to tie the game at 2-2. Just six minutes later, a shot from Reitsma was saved, but senior forward Natinael Tesfaw grabbed the rebound and tapped it in to give Blair the lead with seven minutes left and ultimately win the match. "It always feels good, especially if it's a winner," Tesfaw said.

After giving up two goals and taking the lead, the Blazers' defense didn't allow a single shot on goal from the Cavaliers, and secured the win. "I felt like it was lockdown after those two goals. We [the defense] realized our problems and we resolved it. We realized what we did wrong and we didn't allow them to capitalize on their shots or on their counterattacks," junior defender Liben Schmidt said.

The Blazers play their next home game against the Northwood Gladiators on Oct. 10 at 5:30 p.m.