The Blair boys' soccer team (8-6) beat the Northwood Gladiators (6-8) by a score of 3-1 to win the 4A North Region II Championship on Tuesday. The state championship bracket will be reseeded based on the teams' regular season record. 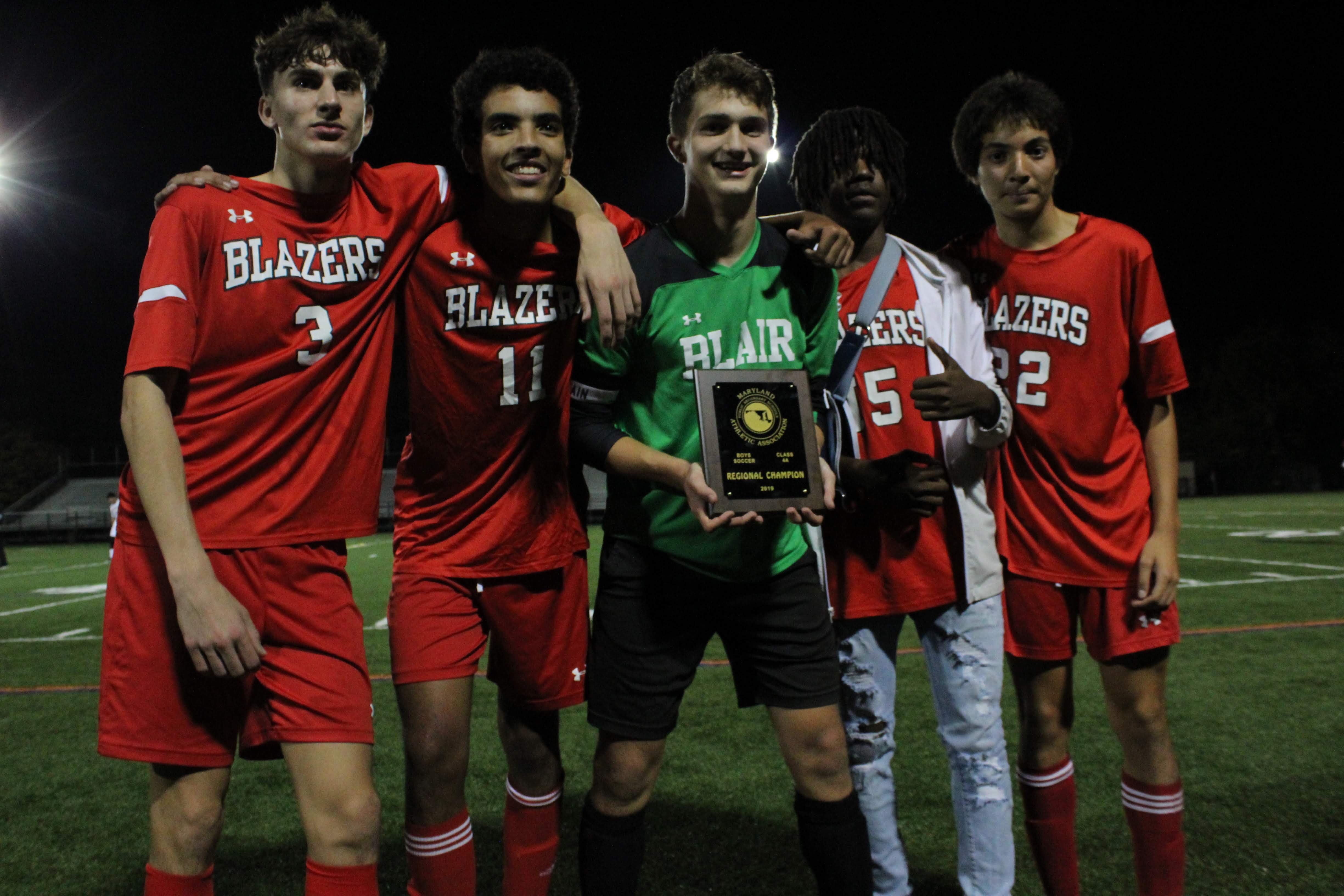 The Blazers came out swinging. Five minutes into the game, junior defender Brian Sermeno headed in a corner kick, giving Blair a 1-0 lead. The Blazers extended their lead to 2-0, as the Gladiators' goalkeeper failed to secure senior defender Silas Reitsma's corner kick. The Gladiators then struck back on a free kick from the side of the box, sneaking it past junior goalkeeper Donovan Cox and going into halftime down 2-1.

In the second half, senior forward Natinael Tesfaw scored off a through ball from Reitsma, bringing the Blazers' lead back up two goals at 3-1. Later in the half, junior defender Wilson Cruz Rivera fouled inside the box and gave Northwood a penalty kick. After senior goalkeeper Brennan Moore saved the penalty kick, the buzzer sounded, and there it was: the Blazers had won their first regional championship since 1965.

Sermeno played in his first career varsity start for this game. "It feels good, I got cut my freshman and sophomore year, so scoring a goal in the regional final, it's pretty amazing, it feels great," Sermeno said.

The Blazers are moving on to the state quarterfinals, giving them a chance to go to the state championship. "We're looking forward to it, we're going to take it one game at a time and keep on building, we have a lot to work on and we'll be back at practice tomorrow," Moore said.

The Blazers will play their next playoff game at and against Leonardtown High School on Nov. 1 at 7 p.m. The Maryland Public Secondary Schools Athletic Association (MPSSAA) state playoff bracket can be found here.