Blazers even out their record to 3-3

The Blair Blazers (3-3) defeated the Springbrook Blue Devils (0-5) on Sept. 23 by a score of 3-1 after losing two straight games to Gaithersburg and Churchill. "After that home game against Churchill, I think that the guys really connected and played well together on both sides of the ball," head coach Edvin Hernandez said. 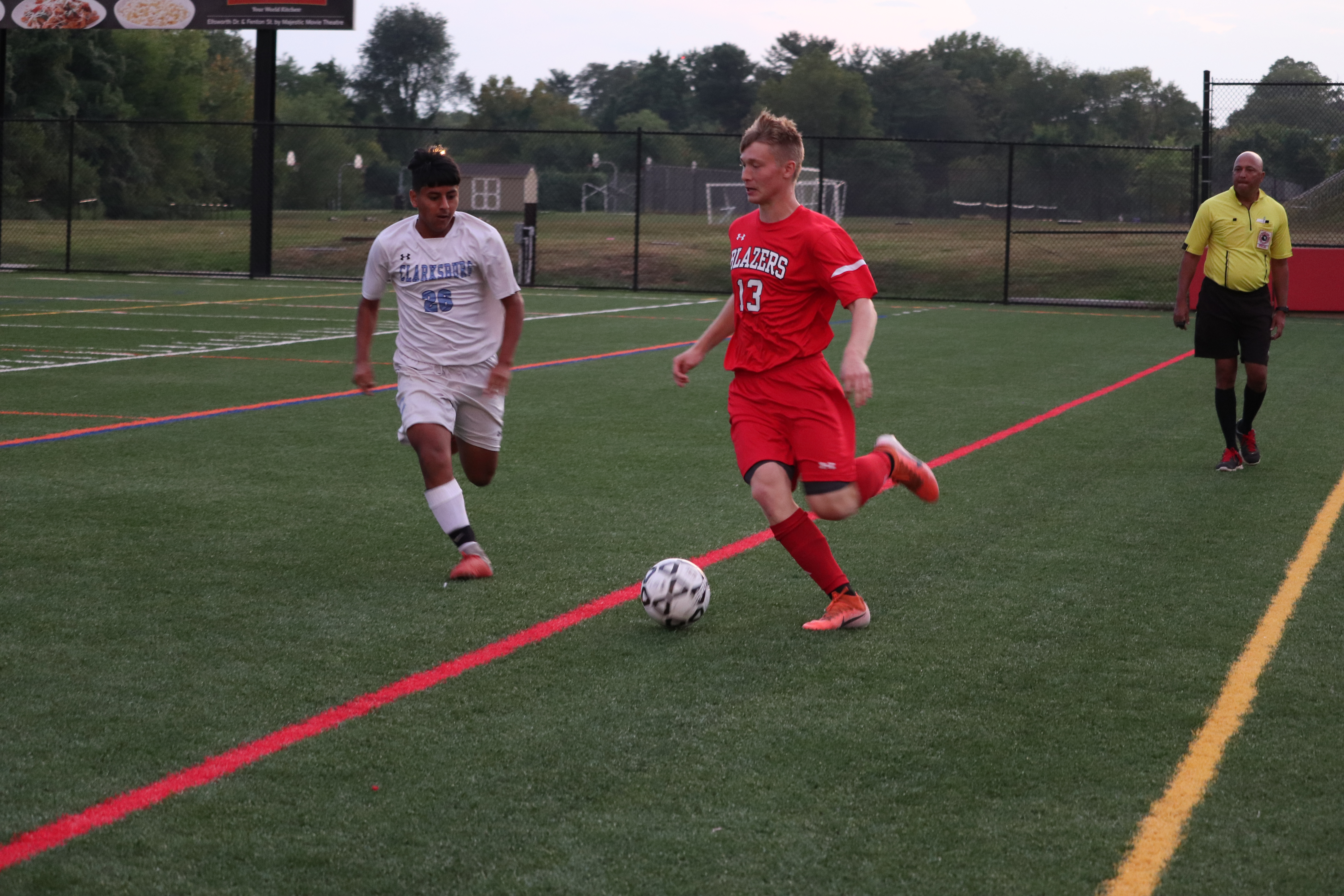 In the first half of the game, senior midfielder Walter Sosa and senior forward Nate Tesfaw set up senior Silas Reitsma for a goal. Sophomore Hernan Guzman soon followed with a goal off of Reitsma's assist, getting the Blazers up 2-0 going into halftime. During the second half, Reitsma scored a tap-in goal off the rebound of senior Wilmer Gonzalez's shot. The Blue Devils scored late in the second half, but it was too late to make a comeback.

Reitsma was responsible for all three of the Blazers' goals against a tough opponent in Springbrook. The game was the first conference game of the season, which plays a part in determining the seeding for playoffs. "I hope it's the start of something and it motivates us to play better in the rest of the season. Conference play is the most important and it's good to start with a win," Reitsma said.

The Blazers play their next home game against the Kennedy Cavaliers on Wednesday, Oct. 2, 2019 at 7:15 p.m.