Senior night marks the Blazers' 12th win of the season

The Blair Blazers (12-1) beat the Sherwood Warriors (3-5-1) 2-0 Tuesday night. The Blazers dominated throughout the game, keeping the ball in their opponent's half for the vast majority of the match. This game was Blair's senior night and the last home game before playoffs.

The Blazers got off to a quick start, with a long arching cross by senior winger Sean Munroe to senior midfielder Ronaldo Sotelo at the top of the box in the third minute. Sotelo's shot was saved by the Sherwood keeper, but the resulting corner gave senior striker Jimmy McMillian another chance on goal. His strike was also saved, but with two shots on goal within the first five minutes Blair made it clear that they came to play. Over the next twenty minutes, the Blazers managed five more shots on goal, with senior midfielders Diego Guarniz Layza and Michael Lake each contributing two.

According to senior defender Diego Melendez, the team needs to work on getting more of these attempts on target going forward. "We definitely need to work on our finishing as we get closer to the playoffs," said Melendez.

In the 35th minute, Blair earned its best scoring chance of the half. Junior Jordi Long played a through ball to the corner flag, which McMillian ran onto, playing a ball on the ground across the face of goal. The cross gave senior forward Miguel Lopez an open shot on goal, but he was brought down from behind by a Sherwood defender, giving the Blazers a penalty kick. Lopez drilled it into the bottom right corner of the goal, putting Blair up 1-0 going into halftime. 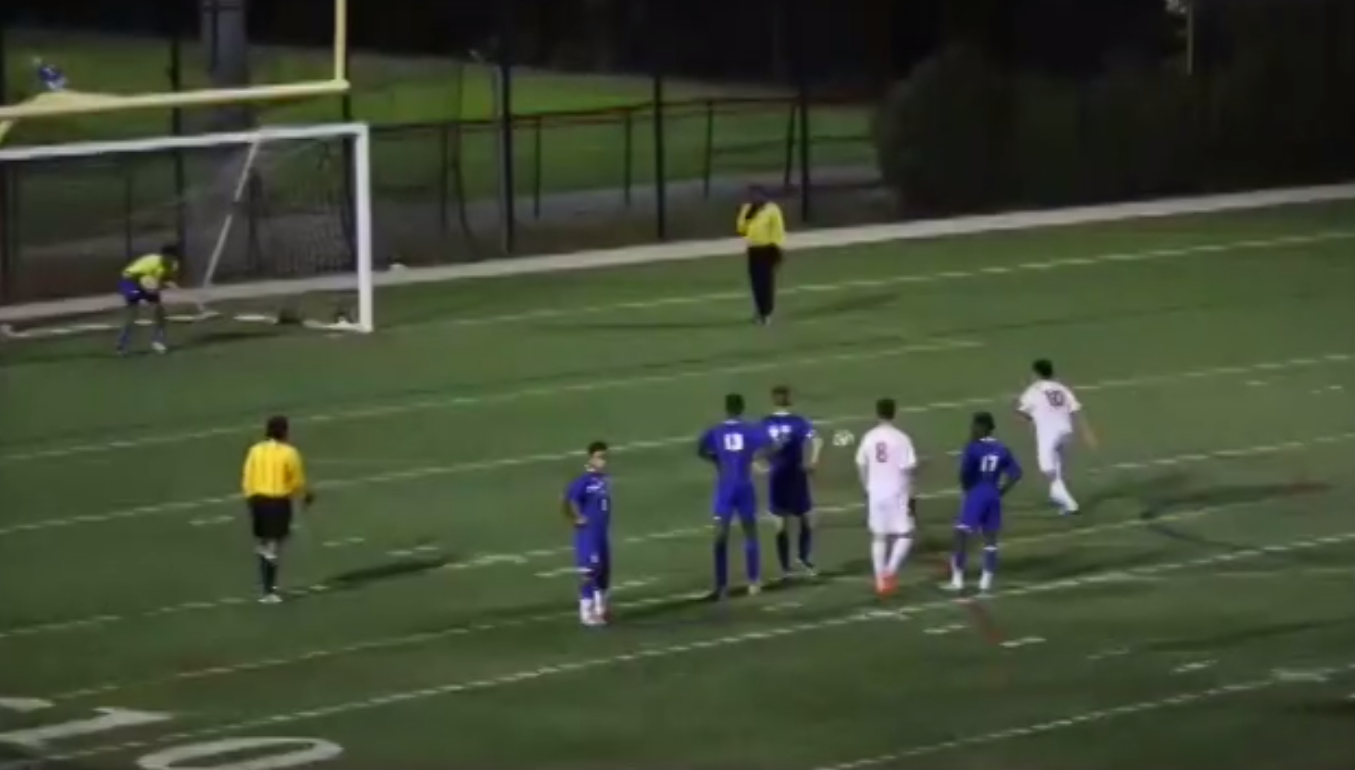 According to Sotelo, the team's success can be attributed to how well the group plays together. "We played as a cohesive unit, and showed great communication and teamwork," explained Sotelo.

Blair came out strong once again in the second half, piling on the scoring opportunities and keeping the Warriors from crossing the midfield line. Five minutes in, a cross from Munroe led to yet another shot on goal from McMillian, which was saved by the Sherwood keeper. Two minutes later, Guarniz Layza got off his third shot of the game, which floated wide right.

In the 48th minute, McMillian found the ball at his feet in front of the goal yet again. His shot took a tough bounce off the turf, and skimmed past the Sherwood keeper, giving the Blazers a two goal lead.

With a comfortable lead, Blair slowed down on the attacking end of the field. The Warriors finally got their offense going in the 65th minute, with two hard shots on goal. Both were saved by senior keeper Charlie Waltz-Chesney, his only action in what was a largely one-sided game.

The game ended with Blair still ahead 2-0, a score that did not entirely represent the Blazers offensive dominance. The team managed to maintain possession for most of the night, but the team still has things to improve upon. According to senior midfielder Michael Lake, who finished the game with three shots on goal, Blair still needs to work on shifting the ball and moving as a single unit. "We moved well as a group, but it wasn't quite simultaneous. Not that the whole team has to be synchronized, but the left and right sides of the field need to shift together, not as two separate pieces," said Lake.