After 27 minutes passed in the first half, the Blazers struck first with a goal from sophomore forward Alexander Hernandez on a cross from sophomore defender Joao Gonzalez. The rest of the first half went scoreless, as Blair held the ball in their half most of the time. In the beginning of the second half, the Panthers would score, as senior goalkeeper Brennan Moore couldn't control the shot, tying the game up at 1-1. Just four minutes later, the Blazers would take the lead back after senior forward Natinael Tesfaw's shot was blocked but then rebounded and scored by senior defender Silas Reitsma. But, again, the Panthers would score a goal off a corner kick, knotting the teams back up at 2-2 with 20 minutes remaining in the second half. In the final 15 minutes of the game, Blair saw a few opportunities to win the game, but could not capitalize. Eventually, the game would go to overtime, as neither team could break the tie. The Blazers took just five minutes to score, as Tesfaw was able to sneak past the defender and finish, winning the game for the Blazers.

The game-winning goal by Tesfaw secured the victory, and secured a regional championship berth for the Blazers. "It feels great, especially it being playoffs, our emotions are really high, obviously it's win or go home and I can barely describe how it feels to score and everyone running towards you, it feels amazing," Tesfaw said. 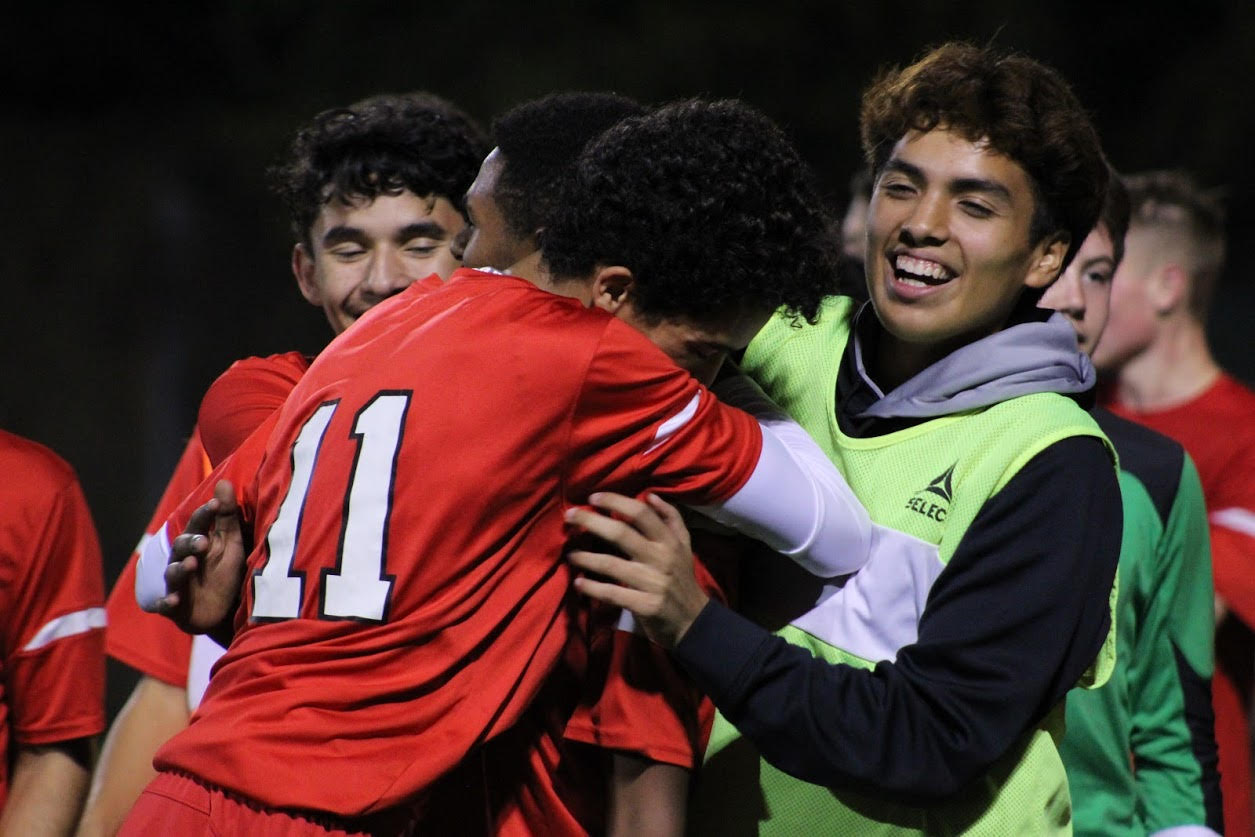 Blair's defense was solid throughout the game. "The backline was absolutely solid. The goals were caused by silly mistakes off corners, but they couldn't make an effort on goal," junior defender Liben Schmidt said.

The Blazers look to keep going in the playoffs on their road to the state championship. "We must humble ourselves because this will be a very emotional game and Northwood is looking to beat us," Schmidt said.

The Blazers play their next playoff game at home against the Northwood Gladiators for the 4A North Region II championship on Oct. 29 at 7:15 p.m. The Maryland Public Secondary Schools Athletic Association (MPSSAA) Boys' Soccer Class 4A playoff bracket can be found here.