The excitement was palpable all week at Montgomery Blair High School for homecoming week 2013. The school was buzzing as Blair students participated in one of the most spirited weeks of the school year, which all led up to Saturday evening's Homecoming dance. But before the dance could commence, Blair football took the field in Friday night's Homecoming game, where the Blazers (3-3) easily took care of the Wheaton Knights (1-5) to the tune of 28-7. 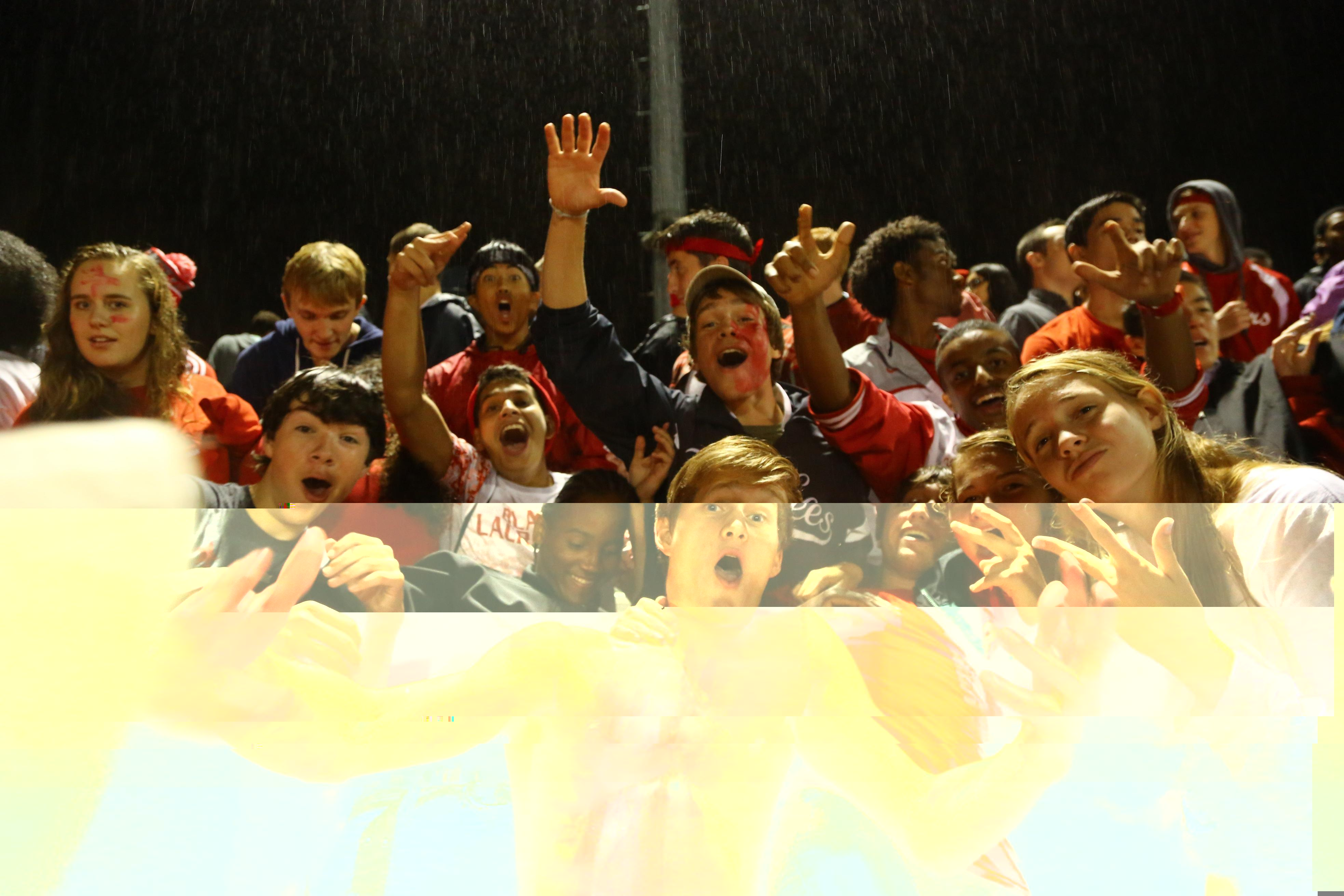 Photo: The student section had no shortage of fans or spirit.

Photo: The student section had no shortage of fans or spirit.

It seemed like there was a party in the bleachers Friday night as the student section went nuts as usual. Members of all grades made up the rowdy crowd that has cheered on Blair at every home game this season. An electric student section at Blazer stadium during football games has become a mainstay this season, and head coach Andrew Fields has continuously been impressed. "I'm loving the student body," Fields said, "They're really getting it done out there in the stands."

Despite the one-sided score line, it was a gritty game. There weren't many big plays in this contest, but Blair made the most of their opportunities, namely Wheaton's turnovers. The Knights' starting quarterback threw three interceptions while the swarming, opportunistic Blazer defense stifled Wheaton's offense all night.

It's clearly been a year of firsts for Fields in his initial season as Blair's head coach, and now he can check off a Homecoming win on his list of first time milestones. This game was also Blair's second game with a new starter at quarterback. Wide receiver and backup quarterback Damon Anderson continued to take over starting quarterback duties on Friday night in the absence of regular starter Raymond Burtnick (out due to a shoulder injury). The receiver-turned-quarterback had an up and down night, but the guys around him, both on offense and defense, picked up the slack to help out their new signal caller.

"We're a running team, so there wasn't a huge adjustment with a different quarterback, but shout out to the offensive line. They put in work," wide receiver Darryl Blue explained.

Still, there were minor tweaks of the offensive game plan with Anderson at the helm. Blair did a good job of executing on the screen and short passing game to help out their new starting quarterback. "A different quarterback obviously means a bit of a different game plan," said Fields, "We missed some throws, but we're still growing." 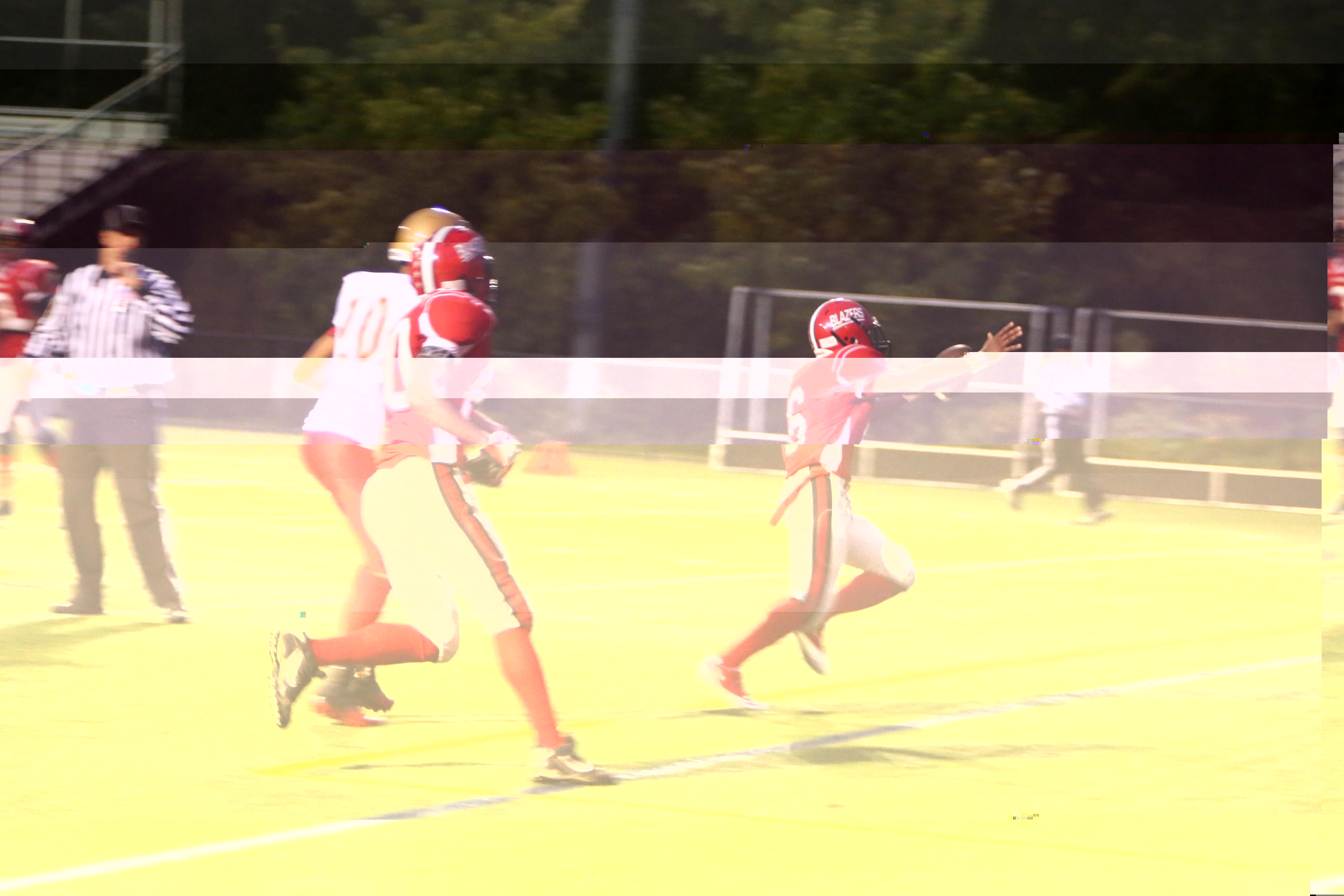 Photo: RB Darron Cumberbatch walks into the endzone, one of his two touchdowns on the night.

Photo: RB Darron Cumberbatch walks into the endzone, one of his two touchdowns on the night.

Running back Darron Cumberbatch capped off one of Blair's grind it out drives with a 14-yard touchdown run midway through the first quarter. He also added another one in the second quarter to give the Blazers an early 13-0 lead.

After a Wheaton two-yard touchdown run, the score was 13-7, but that was as close as the Knights would get. Running back Malik Brooks extended the Blair lead with a 15-yard scamper into the end zone and the Blazers took a 20-7 lead into halftime.

Blair held the Knights scoreless for the rest of the game thanks in large part to the play of defensive back Chris Green. The junior went into the game leading the team in interceptions and then snatched three more on Friday night to give him five picks in six games. Linebackers Edwin Baruca-Ramos and Yonas Blanco also continued their stellar seasons with 20 and 11 tackles respectively.

"We showed more effort this week," junior offensive lineman Nick Dayhoff said, "We worked as a unit and we were in sync." 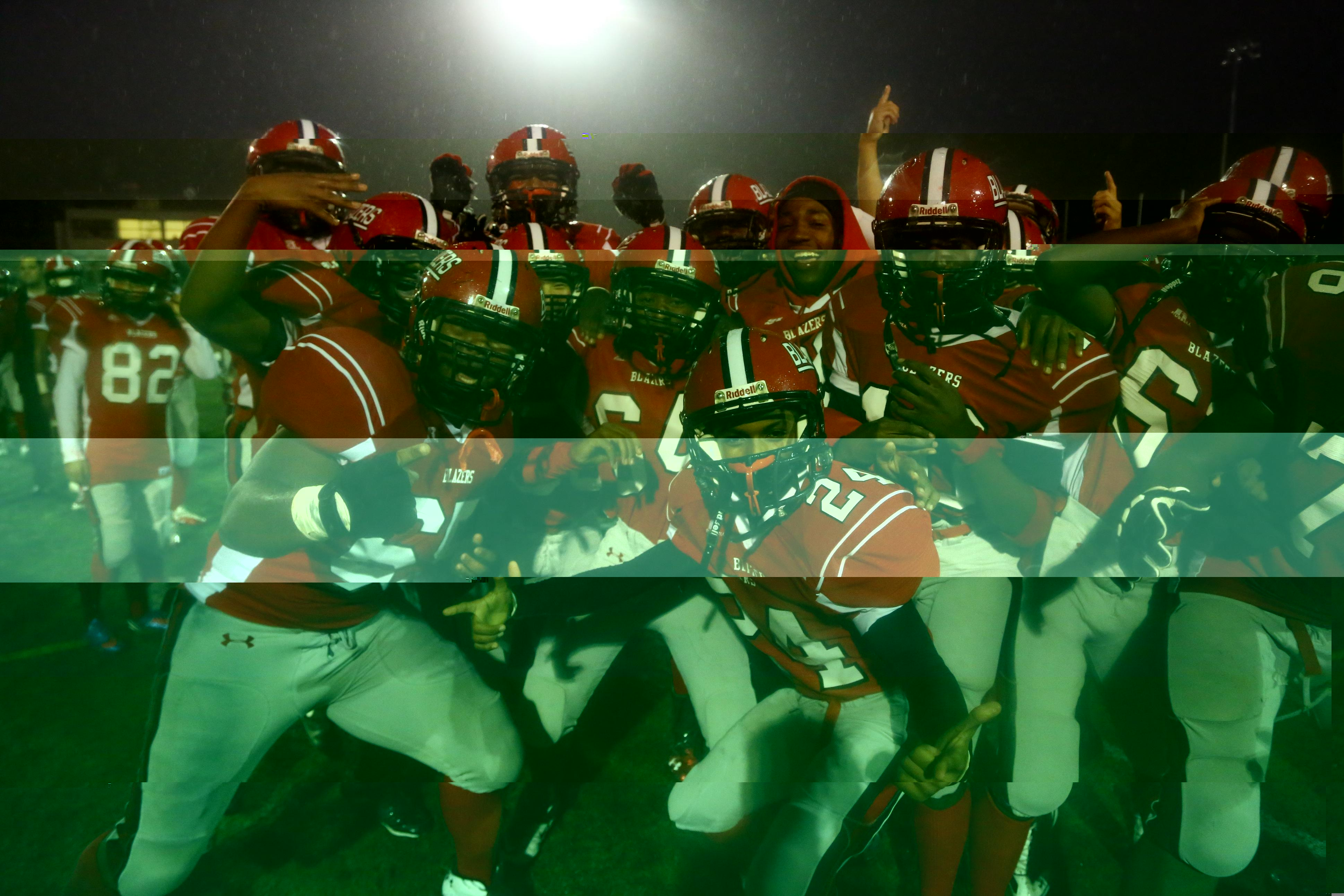 Photo: Players celebrate after evening their record to 3-3.

Photo: Players celebrate after evening their record to 3-3.

In the end, it was a gritty, team effort that won the game for the Blazers. They will definitely need some more of that next week when they travel to Paint Branch to play the Panthers, one of the top teams in the county.

"We're not worried. We think we're going to win, that's the way it is in football," Blue said.

"We don't care how many studs they've got," Mihrete declared, "We've got our twenty-two."

The Blair varsity football team will play its next home game on Friday, November 1 against Blake at 6:30 pm.