Blair dives in against Sherwood

The Blair swim & dive team (1-5) beat the Sherwood Warriors (3-3) in their last team meet of the season, 204-161. The boys' team held an edge over the Division II opposition for the whole meet, ending with a score of 142-43, but the girls' team lost to the Warriors, 118-62. Despite the girls' loss, the team's overall performance showed the gradual improvements that the Blazers have been making over the course of the season. 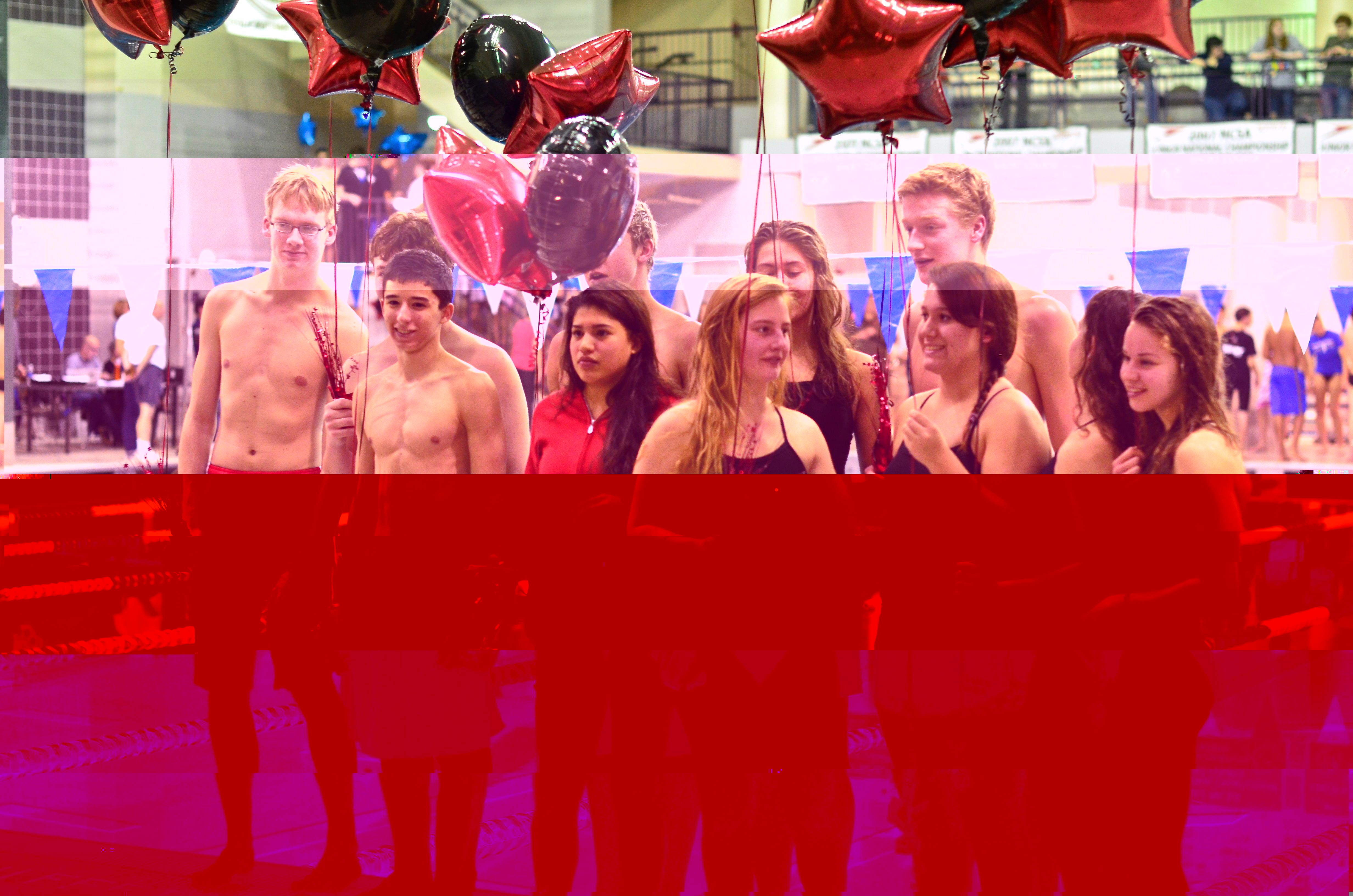 Though the Warriors are in a lower division than the Blazers, Saturday's meet counted towards Blair's overall record. Sophomore Brian Tsau explained that the Warriors used to compete in Division I, the category that the Blazers are currently in. "Sherwood used to be in Division I so they're pretty good. Their girls did really well today," Tsau said.

Co-coach James Demma also stated that Sherwood is one of the better teams in Division II, and the Blazers have enjoyed swimming against them in the past. "[Sherwood and Blair] are sometimes in the same division, so I'd say we have a friendly rivalry going on," Demma said.

After their win, the team celebrated Senior Night, since it was the last Blair meet for many of Class of 2013 swimmers. Senior co-captain Jennifer Arai explained that she would particularly miss Blair's supportive team. "I just like the atmosphere because as a team, we're pretty united," Arai said. "We do cheers for the other swimmers."

Many of the juniors are looking forward to being seniors next year, including Hannah Willis. "I feel like it's a different atmosphere when you're a senior. There's still the tension at the meets but at the same time you know everyone and you know what to do," Willis said.

Arai explained that despite the team's overall record, she believes that there has been a lot of growth over the course of the season. "The team has really improved this season. Of course there's always room for more improvement. However, people have dropped time and there have been less disqualifications this year," Arai said.