The Blair baseball season ended Friday afternoon in a painful 6-3 loss at Gaithersburg High School. Blair struggled against Gaithersburg's pitcher Anthony Felitti, a commit to the University of Virginia. The Blazers also were not helped by the number of defensive mistakes that put them behind.

The game was well attended by a raucous Blair crowd who made the treck to Gaithersburg for a midday game. The first base side of the field was crowded by loud and passionate fans clad in red. It looked as though Blair was on their way to an upset against the powerful Gaithersburg Trojans after leadoff hitter Max Salzman smacked a double into the gap. But with Salzman in scoring position, the rest of the Blair lineup failed to step up, as Gaithersburg retired three Blazers in a row. 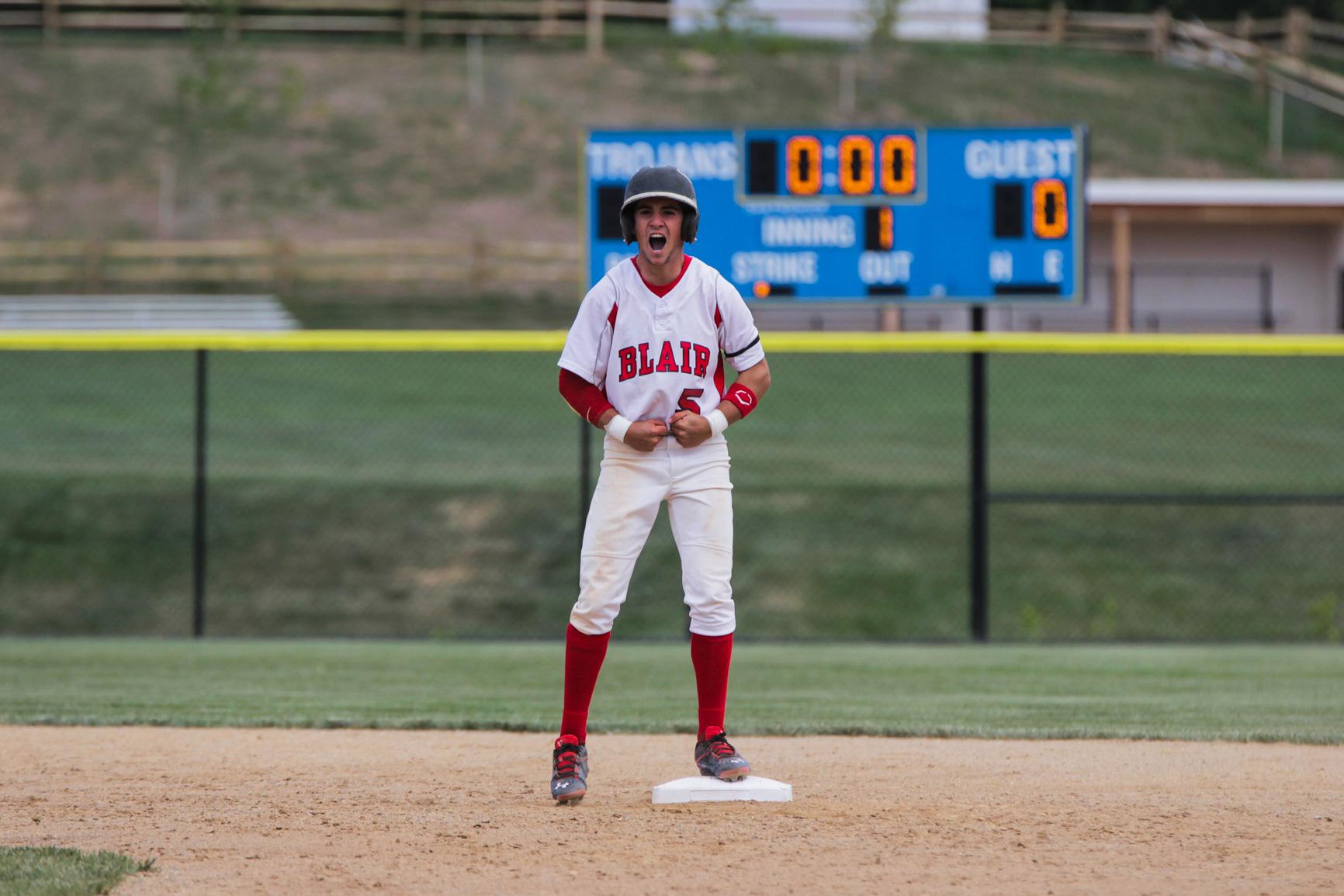 In the bottom of the first, Gaithersburg came out of the gate with offensive firepower. After the leadoff batter for the Trojans made in to first on an error by second baseman Ian Kiefhaber, Gaithersburg took starting pitcher Bobby Pfefferle for a ride on a two-run homer over the left field fence. And after acquiring two outs, Blair's defensive errors took a toll. After a Gaithersburg batter reached first on an error, two passed balls brought him to third base, and a third passed ball brought him home for a score of 3-0.

In the second, Blair's offense made little progress against starting pitcher Anthony Felitti. Felitti, a junior, is one of the best pitchers in the state and has already committed to playing Division I baseball at the University of Virginia. With startling velocity and pinpoint accuracy, Felitti dismantled Blair's offense. In the bottom of the second, Gaithersburg picked up another run on an RBI double.

By the top of the sixth inning, Gaithersburg had scored two more runs and Blair none for a score of 5-0. In the sixth, Blair made a little dent in their deficit, as senior Jorge Noda got a base hit and advanced to second on a bad throw to first. A bad pickoff attempt by Felitti brought Noda to third and a sac fly off captain John Ramsey's bat scored Blair its first run.

In the bottom of the sixth, Gaithersburg walloped another home run off of pitcher Ian Donaldson for a score as Blair went into the seventh inning. With Felitti out of the game, Blair achieved some momentum as the relief pitcher walked the first two batters. Salzman hit a single to load the bases. Donaldson came up to bat and hit a hard single into the outfield to score two runs. This momentum quickly dissipated after Salzman was caught stealing third on a questionable call by the umpire. The game ended after Noda grounded out. 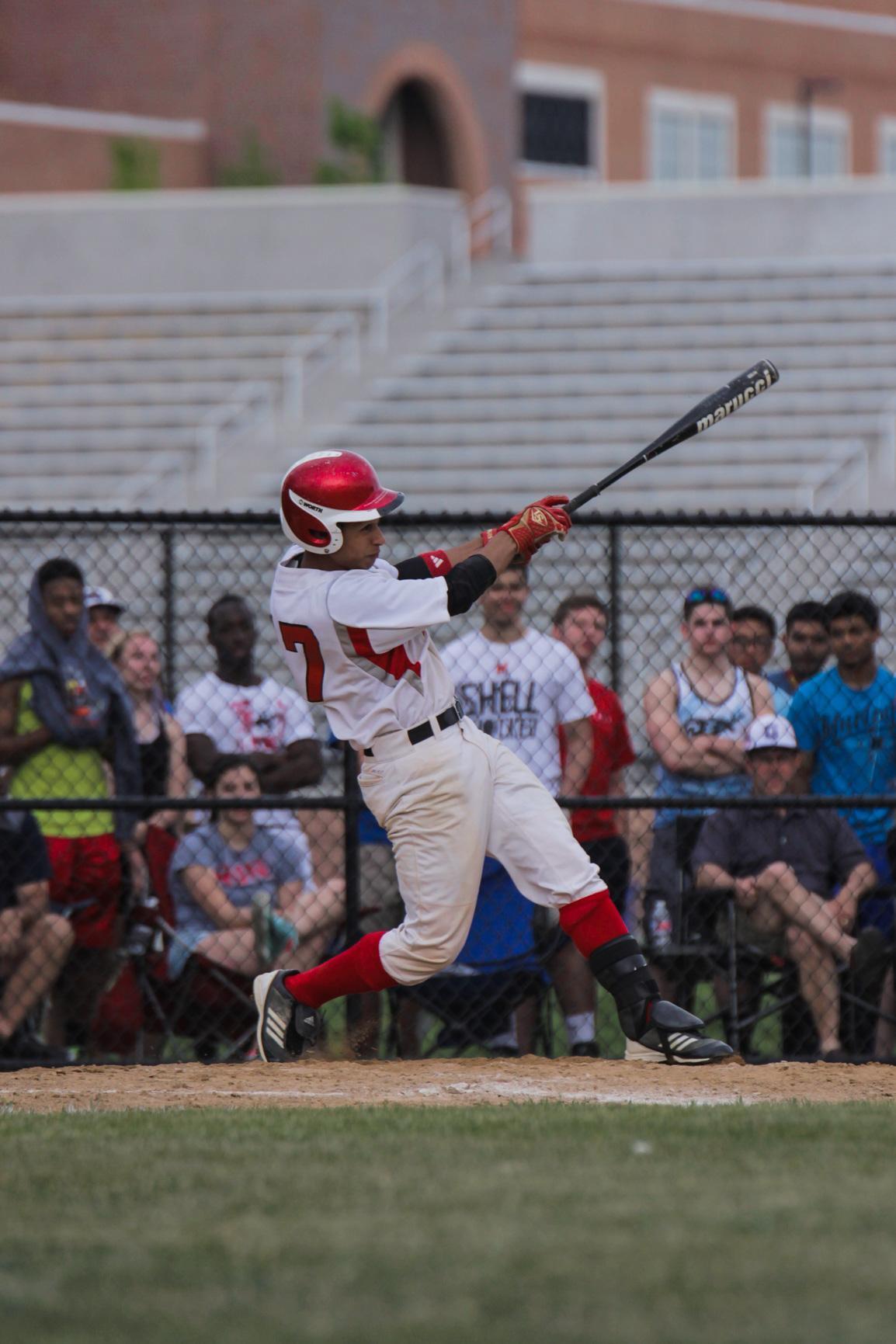 Both players and coaches agreed that Gaithersburg played a better game. "We made some mistakes. That's a really good baseball team and they played the game to win and we played the game to lose," said captain John Ramsey. "We got beat,” said coach Eric Zolkiewicz. "Their pitcher was lights out. We didn't quit and I'm proud of us for that but we still got beat."

Ramsey and Zolkiewicz both were proud of how Blair played this year. "It was a fantastic season. On every level, from every baseball aspect was fantastic and creating that family atmosphere was fantastic," said Ramsey. "It was unbelievable. It was a great ride," said Zolkiewicz.