Blair is one of 12 Montgomery County Public Schools (MCPS) to miss the Adequate Yearly Progress (AYP) mark for the 2010-2011 school year. This is the first time in four years that Blair has not met AYP. Blair also fell short of the High School Assessment (HSA) English standards by a margin of two students last year. 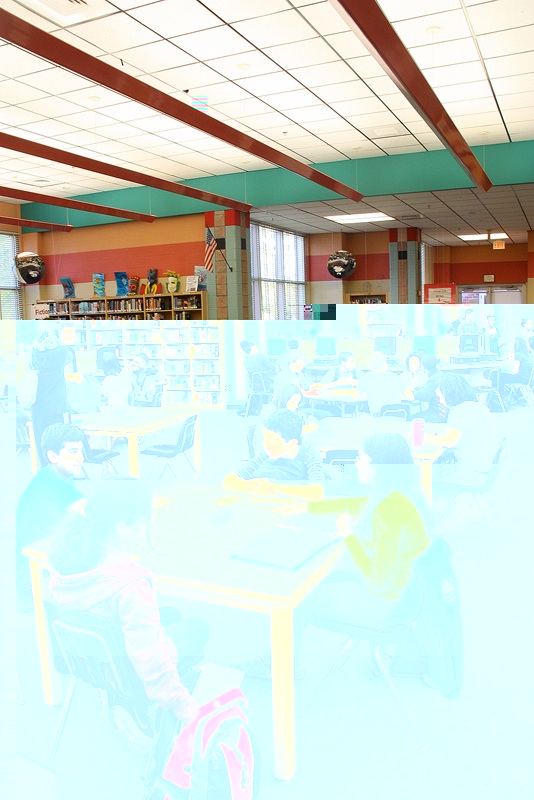 Photo: Blair did not meet AYP for the 2010-2011 school year. Here, students study in the media center.

Photo: Blair did not meet AYP for the 2010-2011 school year. Here, students study in the media center.

AYP, which was instituted as a part of the national "No Child Left Behind" school improvement plan, requires a higher percentage of students to pass the English and Algebra HSAs each year. Student populations are broken into subgroups by demographics and each subgroup has a certain percentage of students that must reach proficiency on the two HSAs called the confidence interval. In order to meet AYP, the percentages in each subgroup must average out to the Annual Measurable Objective (AMO), which was 79.5 percent this past year.

In 2011, Limited English Proficiency (LEP) was the only subgroup that did not reach the set confidence interval. The group needed to meet an interval of 65.4 to 93.6 percent and fell short by three points, a difference of two students.

According to Margarita Bohórquez, head of the ESOL department, the current AYP standards are unreasonable for ESOL students. "In essence, we're asking students, whose native language is not English, to read at a 10th grade academic level in English within only two to four years of having arrived in this country," she said. "Research shows that it takes the average student up to seven years to reach academic proficiency in a second language."

For this year's seniors, the AMO for the English HSA will rise to 86.3 percent, a 6.8 percent increase from last year. Bohórquez said that, due to the short time span between each round of HSA testing, the emphasis of the ESOL program has shifted to quantity over quality. Given what we're asking our ESOL students to achieve in such a short amount of time, our strategy is to accelerate their English language acquisition as much as we can," she said. "The students are under tremendous pressure to perform beyond reasonable limits."

Bohórquez also anticipates higher stress levels on the ESOL faculty in addition to the students. "The ESOL teachers are also under tremendous pressure to help the students perform faster and at higher levels," she said.

According to Principal Renay Johnson, the heads of staff are working on a system to ensure that Blair makes AYP in 2012. "I met with all instrumental leaders, and we have an AYP analyzer, a tool that the county gives to high schools as a predictor," she said. Based on these annual progress predictions, Blair administration can help target students that are struggling to pass the HSAs.

Assistant Principal Suzanne Harvey said that extra help has to be tailored to students. This is because the AYP data, which comes from the HSA performance of the senior class, relies on a constantly shifting pool of students and thus changes year to year. "Its not a set formula every year," she said.