The Blazers were again unable to take advantage of solid pitching, stranding runners and making too many defensive errors

The Blazers were unable to hold their own against Whitman (11-2) for their third straight loss on Friday, April 29, falling to 6-7 on the season.

Unfortunately, the Blair offense was unable to match Kraft’s dominance, tallying only three hits over the entire game and striking out 14 times. Junior outfielder Brian Robinette was one of the few offensive bright spots, reaching base in all three plate appearances with two hits and a walk. Sophomore infielder Logan Stillerman had the other Blazer hit.

Whitman immediately put pressure on the Blazer offense, scoring an unearned run after an error from sophomore shortstop Sebastian Guzman and a subsequent double. The Blazers were able to answer in the bottom of the second inning after capitalizing on errors made by Whitman, tying the game at 1-1. 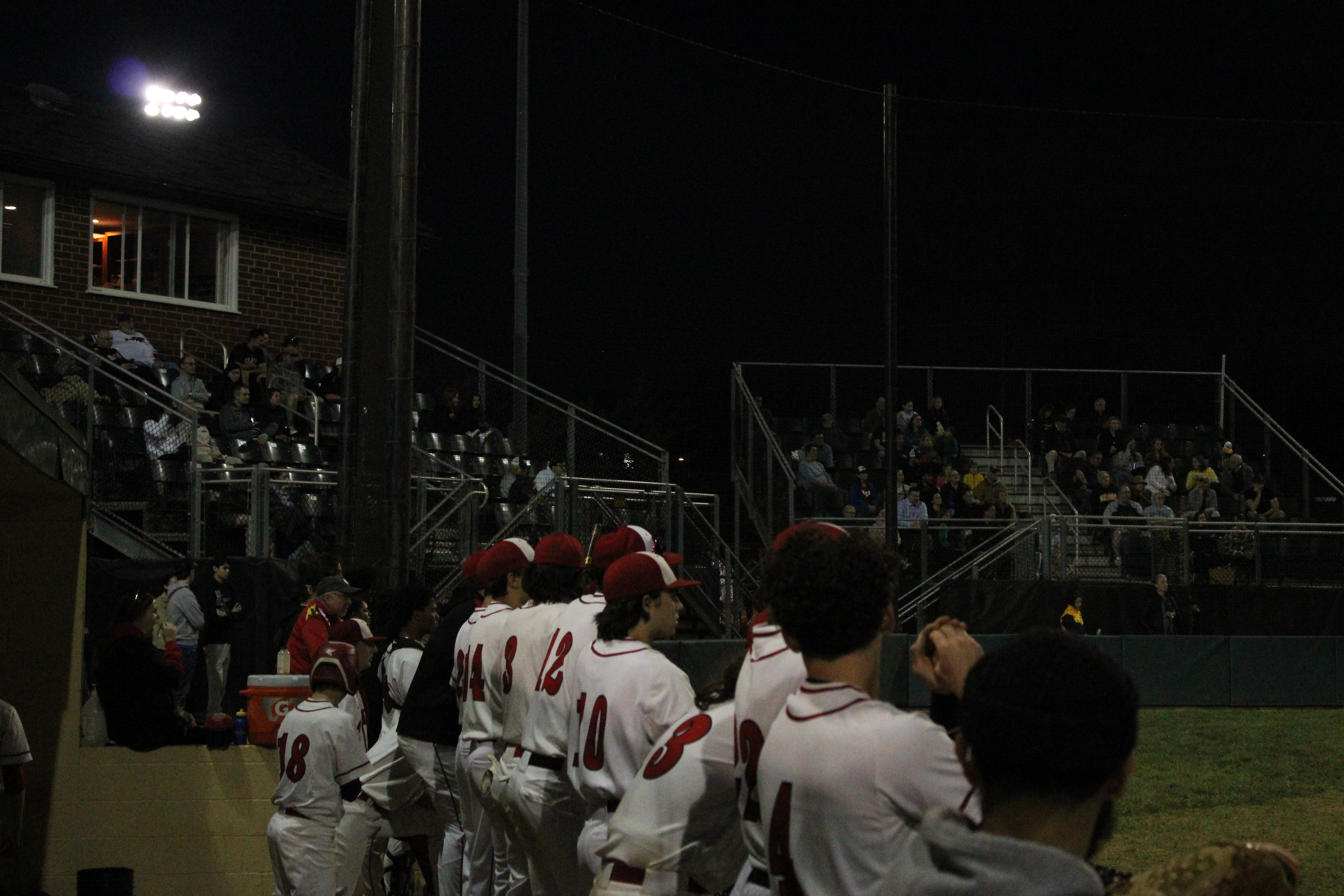 Photo: The team lines up by the fence to watch the game and support their fellow players.

Photo: The team lines up by the fence to watch the game and support their fellow players. Photo courtesy of Ethan Zajic.

In the bottom of the third, the Blazers were unable to take advantage of the runners at the corners and no outs, stranding both. On the defensive side of the ball, Kraft settled in and maintained his dominance over the Vikings, limiting traffic on the basepaths.

The game remained a pitchers duel into the 7th inning. Unfortunately, Whitman was able to break the tie and chase Kraft out of the game for senior Yasha Van Praagh after three straight Whitman singles.

A fielding error by junior infielder John Ernst allowed Whitman runners on first and second. Then, consecutive errors on the same play by junior outfielder Aiden Niemerski allowed three runs to score, letting Whitman pull away with a 6-1 lead. The inning ended on a groundout to second.

In the bottom of the 7th, the Blazers went down quietly, striking out twice to end the game.

Blair’s next home game is on Monday, May 2 at 7pm against Northwest. They will also play the following day versus Northwood at 7 pm.

Jonas Laufer. Aside from being a member of the photo staff, I'm a Junior in the CAP program and a student pilot. More »