The Blair Blazers (2-2) defeated the Einstein Titans (0-4) in a 9-0 thrashing Friday night. After scoring three times in a solid first half, the Blazers turned up the heat in the second and slid past the Einstein defense for six more goals.

Wasting no time in getting Blair on the scoreboard, senior forward Amy Nguyen knocked in a goal after less than 3 minutes of game time. Junior midfielder Marike Pinsonneault followed with a goal of her own, increasing Blair's lead over Einstein to 2-0. Just before time was called for halftime, Nguyen snuck her second score of the game past the Einstein goalie with an assist by senior midfielder Marianne Benyamin.

Nguyen cited timing and communication as two of the most important factors in her team's success against the Titans. "We just knew where to be at the right time,” she said.

With the Blazers controlling possession for most of the game, the Titans wore down as they were constantly forced back into their defensive positions. Benyamin opened the scoring in the second half, and senior forward Kellyn Barber put Blair out in front by five soon after. Head coach Megan Lusby said that keeping control of the ball was part of the Blazers' strategy. "We tried to control the tempo by controlling possession,” she explained.

Barber's goal kicked off a barrage of Blazer scores. Sophomore midfielder Addie McDonough found the back of the net, then junior midfielder Feline Neyndorff, assisted by Pinsonneault, scored Blair's third goal in a span of just over six minutes. A second goal by Neyndorff and then a goal by senior midfielder Nika Seider capped off the strong second half performance by the Blazers, in which Blair racked up an astounding ten corners. 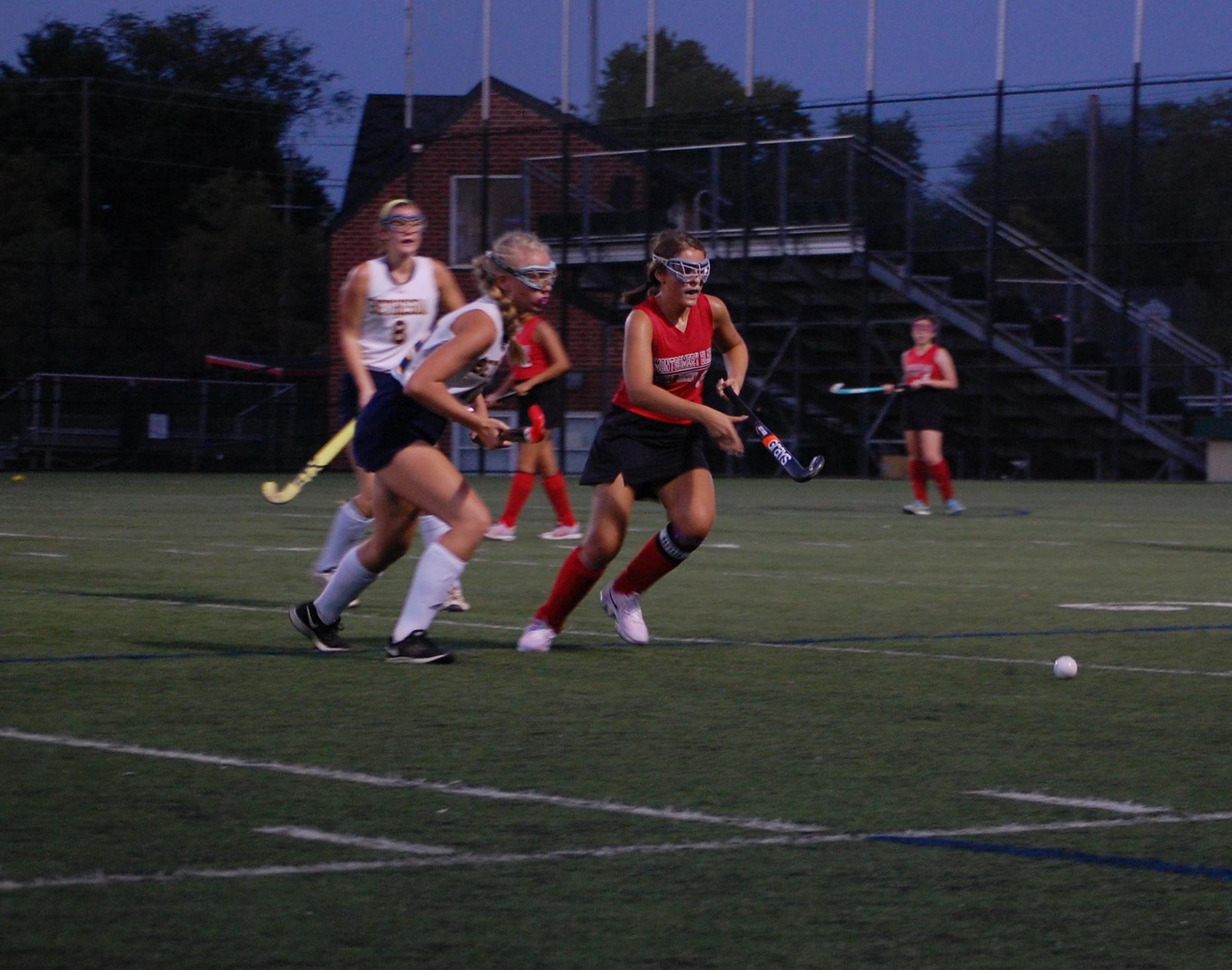 Nika tries to get the ball

Goalies Talia Stern and Charlotte Cook combined to record Blair's first shutout of the season. The game was largely uneventful for them, however, as the Blazer defense prevented the Titans from taking a single shot on goal.

Although the Blazers won handily, Lusby still found lessons for her team to take away from the game. "We have a lot of work to do, including taking quicker starts and quicker free hits,” she pointed out.

Still, Lusby was thoroughly impressed with her team's 9-goal victory. "We worked hard this past week on tweaks in our individual gameplay and the girls definitely brought that to the field,” the head coach explained.

Next Matchup: The Blazers will face a stiff challenge this week when they travel to Potomac to take on the Churchill Bulldogs (3-0) on Tuesday at 5:15 p.m.