The Blazers’ defense smothered the Titans to secure their second win, 34-6 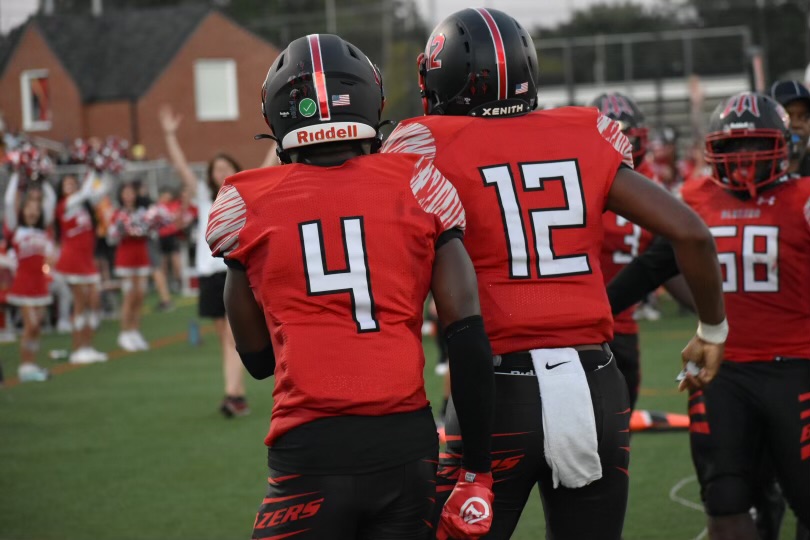 On September 9, the Blazers (2-0) decimated the Einstein Titans (0-2) with a score of 34-6. Blair’s defense triumphantly overpowered the opposing side on home turf and handed the Titans their second loss of the season.

Einstein’s offense began to struggle against the devastating Blazer defense from the very first snap. Their quarterback narrowly avoided a sack within the first minute of the quarter. They took a chance and tried to convert on fourth down, but their offensive line was quickly penetrated by Blair’s defense, forcing Einstein’s QB to throw away the ball and hand Blair possession.

Blair’s offense came out the gates with high energy plays. Blair senior quarterback Kendall Anderson (a recent commit to Division one football at the United States Army Academy) took advantage of the Blazer defense’s hard work and zoomed past the Titans for an easy QB-rush touchdown to make the score 7-0 Blair.

Einstein’s offensive frustration continued, which forced them into a punt after a few snaps. On the defensive side of the ball, the Titans started to show a spark towards the end of the quarter and were able to retrieve a Blair fumble. However, their defensive effort amounted to nothing and ended the first quarter down a touchdown with the score still 7-0.

Blair’s offensive composure started to crack at the beginning of the second quarter. Einstein’s defense managed to trap them into a turnover on downs right next to their own endzone. 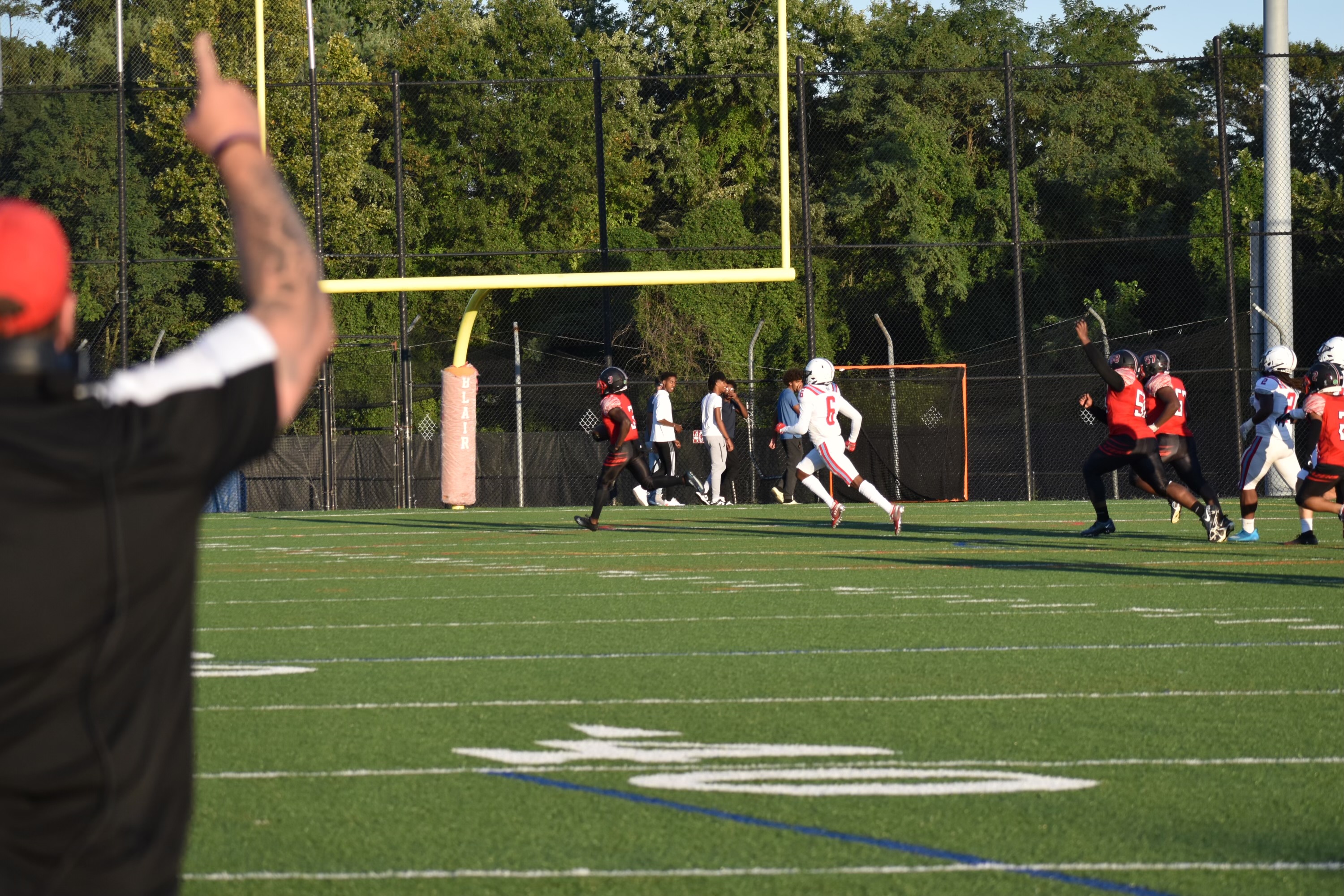 Despite their defensive success, Einstein’s offense couldn’t seem to get themselves together and immediately threw an interception right into the hands of Blair’s strong safety and running back senior Kameron Reynolds. Blair gained several yards off the interception and reached the 20-yard line.

Blazer running senior back Tariq Taylor then trucked his way through the defensive line to run into the endzone, but a flag was thrown. The touchdown was reversed, which resulted in an eruption of angry chants from the crowd.

The insane amount of energy coming from the fans fed into the tenacity of the Blair offense. Anderson redeemed the referee’s robbing with another QB rush touchdown. The crowd erupted once more, as the two teams ended the half with a score of 14-0.

After a first half with several touchdowns but many avoidable penalties, the Blazers stayed on fire in the third quarter. A thrilling rush by Anderson sneaked him into the endzone for the fourth Blazer touchdown of the game. A converted free kick made the final third quarter score 21-0.

Anderson began to play through Einstein’s defense easier as the quarter went on and managed to throw a bomb of a touchdown pass. With two touchdowns and successful field goals, the Blazers increased their lead to 28-0 by the end of the third quarter.

The Titans found themselves on fourth down and 11 with 9:46 left in the fourth quarter. In a desperate attempt to score, Titans completed a hail mary throw and advanced to first and goal. Just a minute and a half later, with 8:01 left, the Titans scored their first touchdown, tacking 6 points on the scoreboard 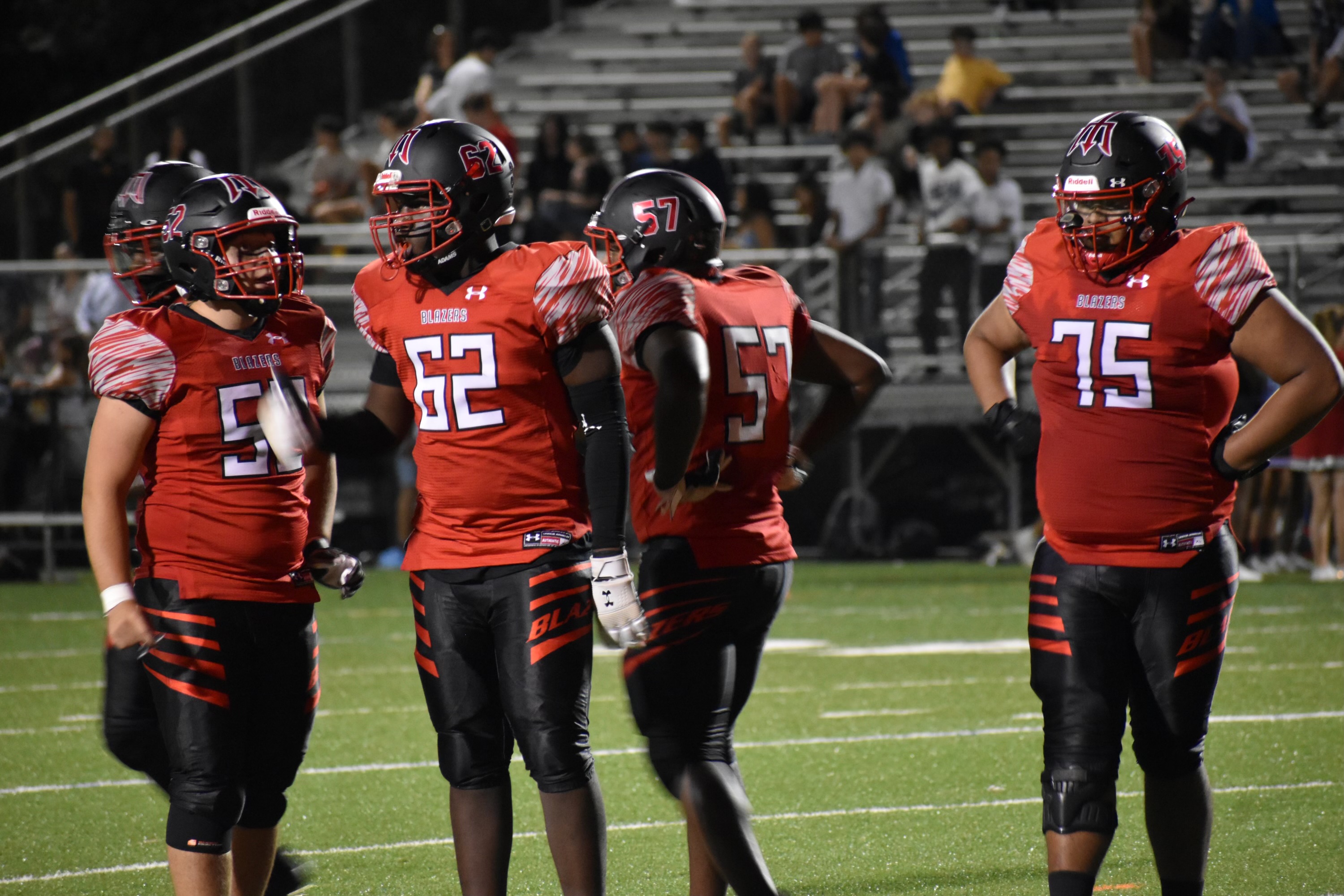 With the Blazers now back on offense, senior Blazer wide receiver Jamal Worrell caught a 20 yard pass from Anderson. On the next play, Anderson threw another pass to Worrell, who was right outside of the endzone. Worrell effortlessly maneuvered around Einstein’s seemingly lost defense to find an opening and make a picture perfect catch, right outside of the endzone. Despite his frustration in not scoring the touchdown on the play, Worell redeemed himself the very next play and scampered into the endzone, bringing the score 34-6, the final game score.

Anderson discussed his team’s ability to perform on both the offensive and the defensive side in their win versus Einstein. “The offense always plays really well, the defense played really well, so all around it was good,” he said.

Blair head coach Samuel Nosoff commented on the team's penalty-heavy first half performance. “It was a little lackluster in the first half…we’ve just got to correct some of the simple mistakes, we can’t be getting penalties in the first half, we can’t be moving backwards. Everything we do has to set up for the next play,” Nosoff said.

The electricity and energy brought by Blair’s student section was evident during their home opener. Whether it was the chants that could be heard on the other side of the school or the Poms squad showing their skills to the crowd, the Blazer spirit was everywhere. The immediate and automatic rush to get to the fence separating the players from the ecstatic student section and the Blazer chants that echoed throughout the stadium once the game clock hit 0:00 make a clear case for why everybody wishes they were a Blazer.

Blair’s next home game is on Friday Sep. 23 against Paint Branch, one of the top teams in the county. Tickets can be found here.