Judging by the fact that the Blair Blazers (6-1) held the Sherwood Warriors (7-0) to just nine passing yards, one might guess that the Blazers came out on top. However, Sherwood didn't need a strong passing game to achieve offensive success, as the Warriors put up 456 rushing yards and six rushing touchdowns en route to a 43-26 win.

Sherwood wasted no time building a lead over Blair, as quarterback Michael Mbony and running back Travis Levy each scored a rushing touchdown in the first quarter to help the Warriors jump ahead 14-0. In the second quarter, Levy, who is committed to Boston College, pounded in another score from one yard out to give Sherwood a commanding 21-0 advantage.

Levy's dominance over the Blazer defense was key to Sherwood's win. "He outworked our kids over the past 12 months. He was bigger, stronger and faster,” Blair head coach Andrew Fields said of the Sherwood running back.

Despite facing a large deficit early in the game, Blair was not willing to let the game get out of hand. Just before halftime, quarterback Desmond Colby scrambled into the end zone as the pocket collapsed around him to cut Sherwood's lead to 21-7.

Although Colby was able to run for a score on that drive, pressure by the Sherwood defense stifled the Blair offense's ability to make plays for much of the game. Colby, who was repeatedly forced out of the pocket by the Sherwood defense, often rushed to find a receiver. Still, Colby stressed that struggles with protection were not due to any one player. "It was communication that was the issue,” he said.

The Blazers continued their comeback attempt on the opening drive of the second half, as running back Eric Zokouri powered into the end zone to make the score 21-14. However, just as the Blazers seemed to be gaining momentum, the Warriors started to pull away. Levy rushed for a two yard touchdown and followed it up by running in a two-point conversion. Although Blair responded with a 45 yard touchdown strike from Colby to wide receiver Chris Butler, a fumbled snap on the ensuing extra point left Blair still down two possessions, 29-20. 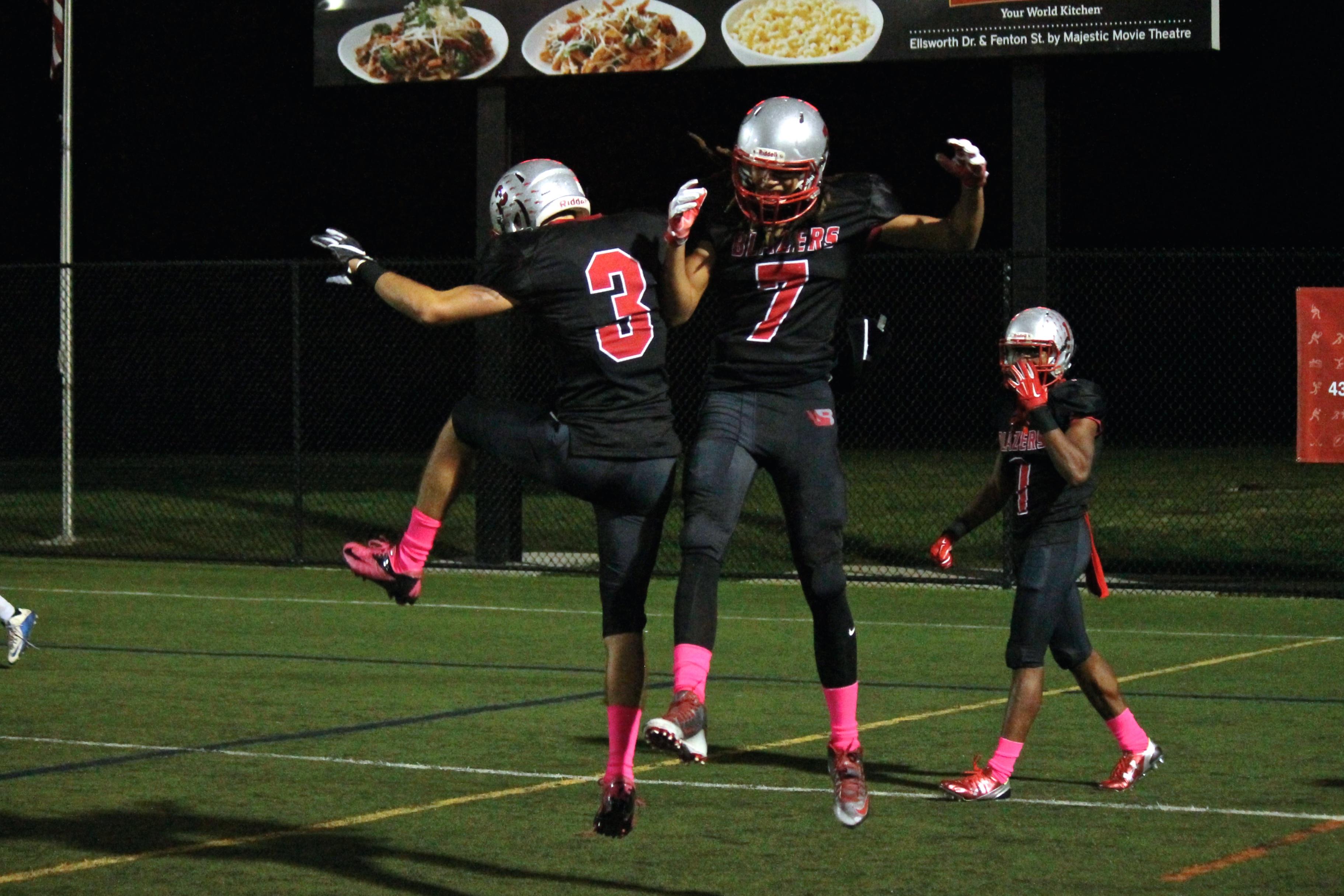 Levy found his way into the Blair end zone once again to give the Warriors a 16 point edge over the Blazers in the fourth quarter. Blair appeared as if they would take the game down to wire as Colby connected with Zokouri for a 66 yard touchdown pass, but the Blazers were doomed by their failure to convert the following two-point conversion. The conversion would made it a one possession game, but instead they faced a nearly insurmountable ten point disadvantage with just four minutes remaining.

Sherwood tacked on a rushing touchdown by Mbony before the clock ran out to cap off their 43-26 victory. Mbony finished with 242 rushing yards on the night, to go with 214 yards by Levy.

Even though the Blazers lost their undefeated record to the Warriors, Colby maintained an optimistic view on the rest of the season. "We are going to bounce back,” he said.

Next Matchup: The Blazers hope to return to their winning ways in their homecoming game against the Kennedy Cavaliers (0-7) next Friday at 6:30 p.m.