Blair football takes down Kennedy in a nailbiter

The Blazers move up to 4-3 after close win

On Oct. 19, the Blazers' varsity football team (4-3) defeated the Kennedy Cavaliers (2-5) by a score of 14-13 after being shut out in their last three games. This win keeps Blair at fourth place in the Montgomery County 4A North division and helps the Blazers remain in playoff contention.

In the first quarter, Kennedy scooped a fumble from junior quarterback Khalif Welch, giving them good field position to score an early touchdown. A missed extra point would keep it a 6-0 lead for the Cavs. Blair came right back with a long run from senior running back Chris Watkins, which would lead to a rushing touchdown from Welch, giving the Blazers a 7-6 lead. Just a play later, Kennedy would take the lead right back and score on a 78-yard run. After a few scoreless possessions, junior defensive back Braxton Peck would lay a thunderous hit on a Kennedy ball carrier, forcing a fumble, which was recovered by senior defensive back Alex Zokouri. Zokouri returned the fumble for a touchdown, giving Blair a one point lead going into the half.

After a sloppy second half, with little offense and several penalties, Kennedy got the ball with 1:50 remaining in the game and a chance to win. A long pass put the Cavs inside the five-yard line with 30 seconds left, but with no timeouts. With the clock running, Kennedy ran the ball, which was stopped by the Blazers. The clock continued to run, and with enough time for one play, the Cavaliers' running back was stopped once again at the goal line. Junior defensive lineman Jaden Jackson forced the ball out, which would be recovered by junior defensive end Victor Clarke in the end zone for a touchback with zeros on the clock. Jackson knew the team fought too hard to lose at that point in the game. "I was just thinking we had come too far to lose now. I had enough trust in my team to recover the ball because I knew they felt the same way," Jackson said. 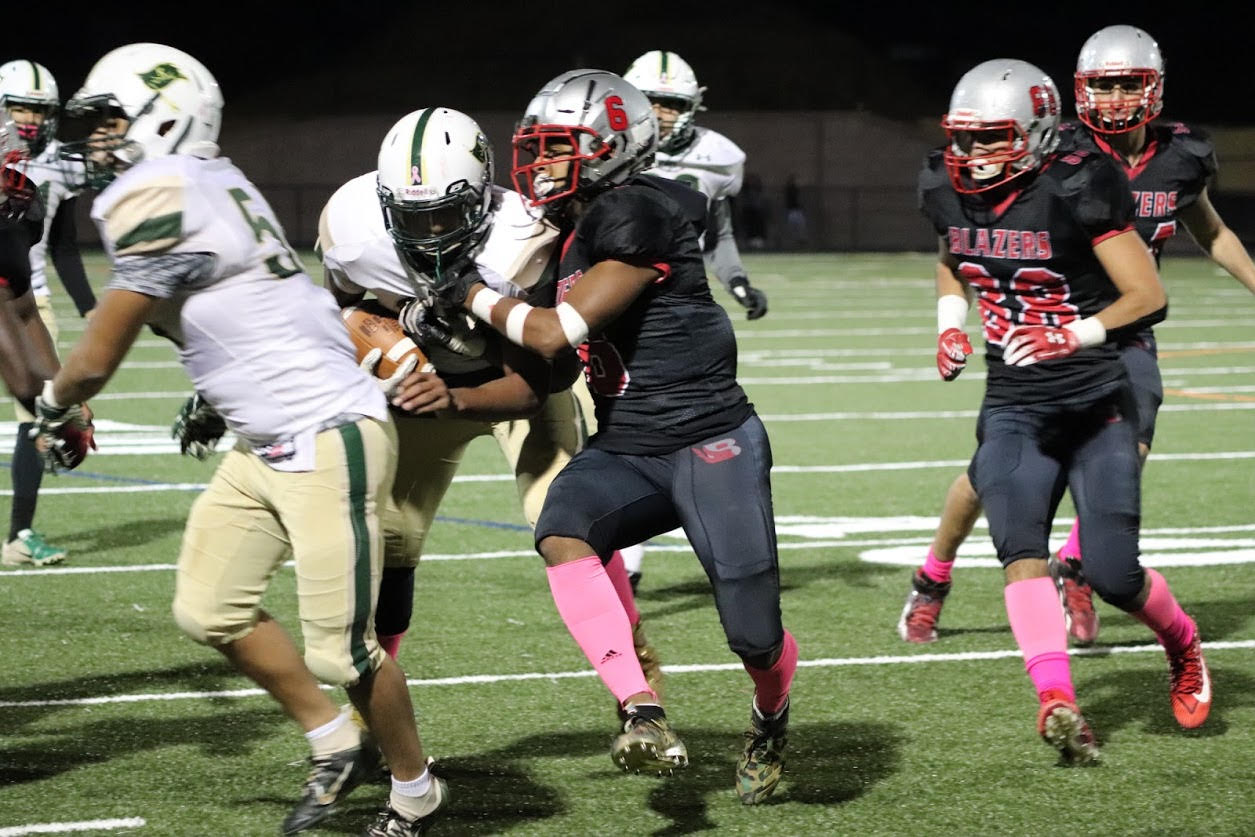 Following three losses, it's refreshing for the team to finally get back in the win column. "I feel like I'm on Cloud 9 right now, this is the best feeling in the world right now," head coach Samual Nosoff said. Although the win feels good, the Blazers need to keep working hard to keep a potential playoff spot. "It feels good you know, but never be complacent, as they say, gotta keep working, come back out against Northwood next week, hopefully get a dub, do the same against Damascus and go into the playoffs with a winning streak," Welch said.

The Blazers play their next game in the Battle of the Boulevard against the Northwood Gladiators on Oct. 25 at 6:30 p.m. at Northwood.