The Blair Blazers (11-4) defeated the Paint Branch Panthers (4-10) with a score of 8-0 in their first playoff game on Friday. Blair got off to a slow start, but senior captain Janie Pitner and junior Seren Sarkozy-Banocsy soon each scored a goal for the Blazers. The team had lots of offensive opportunities, but some of their passes didn't connect, preventing them from truly dominating. However, Pitner, assisted by sophomore Marlee Ginyard, and senior captain Noa Dorah, assisted by senior Dede Greenfield, were each able to score and give Blair a 4-0 lead at the half. 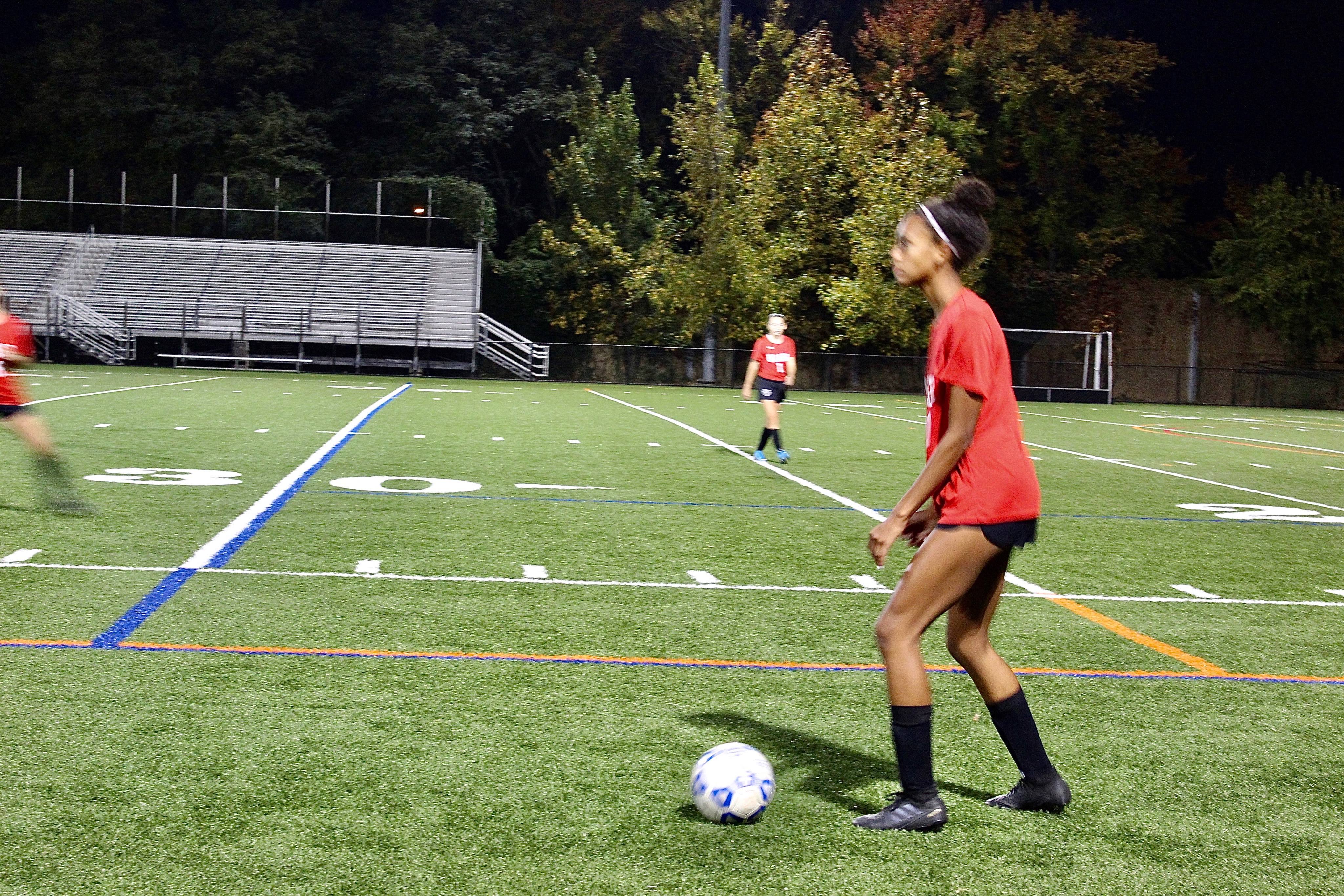 Photo: Junior Jadyn Harvey looks up the field to find someone to pass to (courtesy of Nathalie Molina).

Photo: Junior Jadyn Harvey looks up the field to find someone to pass to (courtesy of Nathalie Molina).

The second half was much more physical than the first. A Paint Branch forward slammed junior Indigo Suchar, who played solid defense throughout the entire game, to the ground. Suchar thought the referees made some bad calls. "The reffing was a little sketchy, there were definitely some calls that were incorrect," she said.

Pitner and Dorah both had to come out of the game for a few minutes after being aggressively fouled by the Panthers. Despite the physicality she faced, Dorah scored two more goals to get a hat trick. In addition, Sarkozy-Banocsy scored another goal and Ginyard scored off an assist from junior Emilie Vigliotta.

Blair ended up taking an 8-0 victory, despite having five players who were unable to play due to injuries. Suchar hopes that more of them will play in the next game. "It's a little worrying that we have so many injuries, so hopefully that doesn't continue," she said. The Blazers will advance to play Sherwood in the regional final next week.

The Blazers will play their next home game against the Sherwood Warriors on Tuesday, Oct. 29 at 5:15 pm.