The Blair Blazers (9-2) defeated the Sherwood Warriors (5-4) 3-0 on Monday, Oct. 7 in their second-to-last conference game of the season. Coming off of four straight wins with scoring in the double digits, the Blazers saw a more formidable opponent in Sherwood than in some of their recent games but still managed to win handily through strong defense and passing. 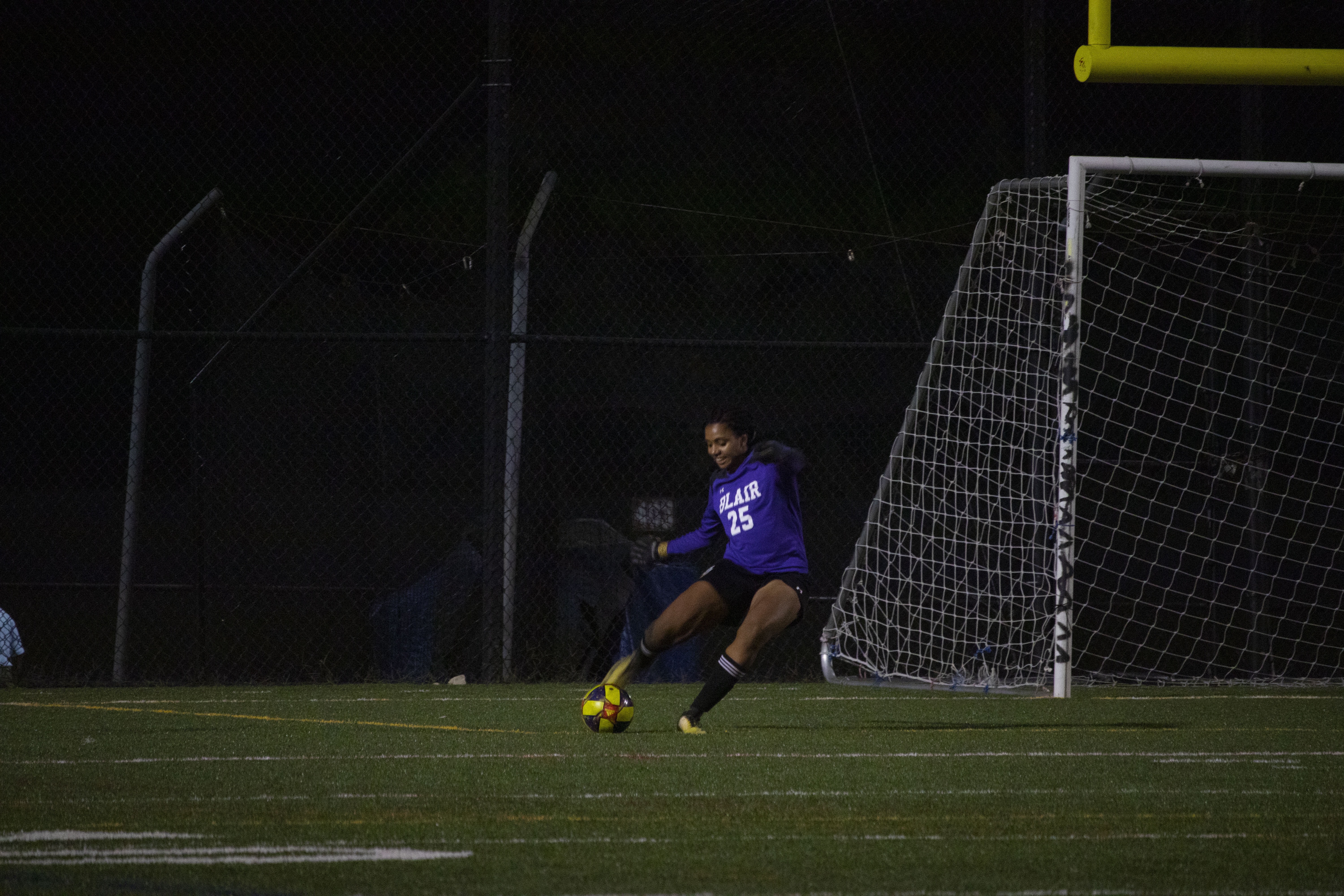 Both teams played solid defense in the first half. Junior defenders Indigo Suchar and Jadyn Harvey recovered quickly whenever Sherwood got the ball, preventing the Warriors from getting many scoring opportunities. Senior goalkeeper Zoë Abramson made several saves, helping to keep the game scoreless. Sherwood's defense played well until junior Emilie Vigliotta had a well-placed goal that she shot between two Sherwood defenders with less than five minutes left in the half. Vigliotta wasn't originally planning to shoot, but scoring in a close game like this one felt amazing for her. "I was going to pass at first, but I saw the opening and took it, and that was one of the best moments of my life," she said. The Blazers were able to keep up that momentum in the second half, as they put the pressure on Sherwood both offensively and defensively. Senior captain Noa Dorah took several shots, one of which the Warriors' goalkeeper missed and a defender accidentally tapped in when trying to save it, giving Blair their second goal of the night. Dorah later scored a goal of her own off an assist by senior co-captain Janie Pitner. The Blazers' defense was able to hold off Sherwood for the rest of the night to earn a 3-0 victory. The team will play their final conference game of the season this Thursday, Oct. 10 at 7:15 p.m. at Northwood. Vigliotta and the rest of the team have high hopes of winning their conference and for the post-season. "We're going to states," she said.

The Blazers play their next home game against the Walter Johnson Wildcats on Tuesday, Oct. 15 at 7:15 p.m.