The Blair Blazers (3-1) beat the Northwest Jaguars (1-2) 2-1 in their first official home game of the season on Monday, Sept. 9. It was a close game with several fouls and strong offensive runs on both sides, but the Blazers' continuous offensive pressure helped them take the victory.

The Blazers started off strong, scoring off of senior captain Janie Pitner's corner kick in the second minute. However, Northwest quickly responded with a goal only two minutes later. The Blazers had several more offensive opportunities, including many combinations between senior captain Noa Dorah and sophomore Marlee Ginyard, but couldn’t find the back of the net until Ginyard got around a Northwest defender and tapped the ball in for another goal halfway through the first half. The rest of the half remained scoreless. 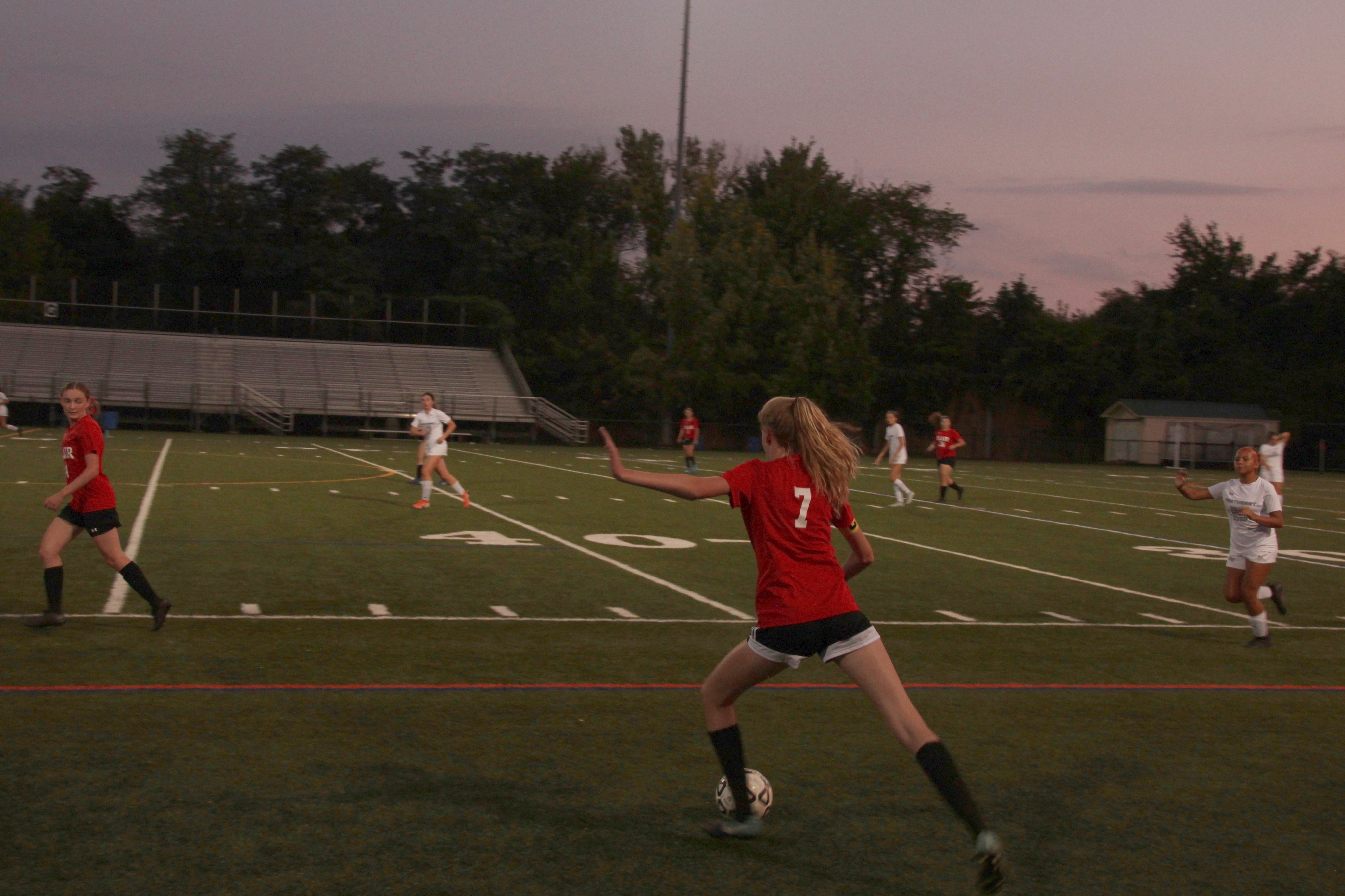 Blair kept putting on the pressure in the second half. Dorah had more close shots, and junior Sophia Kim also created scoring opportunities for the Blazers. Junior Molly Salpekar aggressively fouled a Northwest forward with less than fifteen minutes left in the game and received a yellow card, but not before stopping the player from scoring. Blair kept the ball on Northwest’s half for most of the final minutes, and the game ended without any more goals.

Head coach Robert Gibb was happy with the outcome of the match, but expected more from his players. "We made a lot of mental errors, particularly on our free kick situations," he said, "They're things we've gone over, so I was a little bit surprised at how we were seemingly clueless on those things."

Gibb thought that the team didn't look quite as fluid as they had in preseason. "We didn't click the way that we have in some of our previous scrimmages," he said. Overall, though, he was happy with their performance.This was the first time that the Blazers beat the Jaguars in at least three years. Two years ago, they lost 2-1 in overtime, and last year they lost 2-1 in an intense game. This season, the team was excited to finally earn the 2-1 win for themselves.

The Blazers play their next home game against the Gaithersburg Sr. Trojans at 5:30 p.m. on Friday, Sept. 20.