Blair’s defensive players prevent opponents from scoring throughout the game 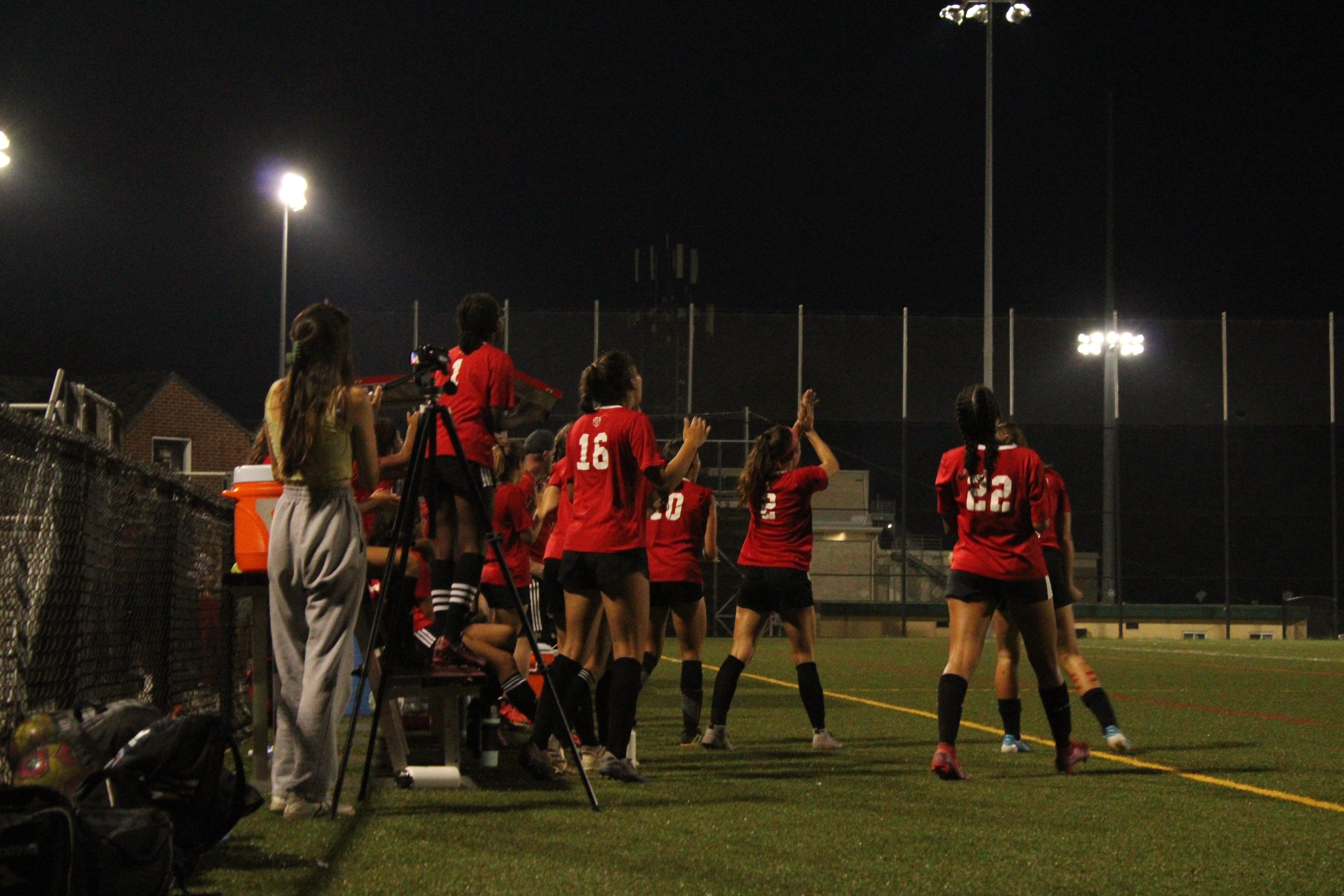 Photo: The Blazers cheer their teammates on from the sidelines.

Photo: The Blazers cheer their teammates on from the sidelines.

On Sept. 30, the Blair Blazers (5-1) clinched another win, defeating rival Northwood Gladiators (4-2) with a score of 3-0. This win marks another game in which Blair’s stellar defense prevented the opponent from scoring any goals.

The first half started slowly as both teams shared possession of the ball for relatively equal amounts of time, and steals were frequent and quick. This also resulted in the majority of the game being played close to the center line. Both teams resorted to strategically kicking the ball past the end and sidelines to keep the ball away from opposing players. 12 minutes into the game, the Blazers’ quick passes near the goal area confused the Gladiators’ defensive players, and sophomore Simone Hargrove, Blair’s striker, scored the first goal of the game.

Blair’s utilization of man-to-man marking made goal attempts difficult for the Gladiators. With 25 minutes remaining in the first half, Hargrove made two more goals.

As the game continued, players on both teams stumbled multiple times, a result of aggressive playing. The Blazers’ speed gave them an edge on the field, making it harder for the Gladiators to play defensively. Senior Gaby Guzman was an exceptional example of this throughout the game, regularly sprinting to bring the ball across the field.

Ten minutes remained in the first half, and senior Hannah Tudge attempted to score a goal, but it was blocked by Northwood’s goalkeeper. Junior Zaida Willis commented on the challenges the team was facing in scoring more goals in the first half. “I feel like we weren’t playing as a united team. We were way too predictable,” Willis said.

Neither team was able to score during the second half. With seven minutes left in the last half of the game, the Gladiators committed a foul after tripping Tudge, and she was awarded a free-kick by the referee. The attempt was successfully blocked by Northwood’s goalkeeper. Northwood committed a second foul at 3:47 minutes left. Tensions were high at the final minute, and Northwood substituted players twice in a last-ditch attempt to score a goal.

The Blazers ended up winning the game, but the team admitted they did not play their best. Senior Danielle Kashkooli, Blair's goalie, expressed disappointment over their performance. “A win is a win, but we definitely could have worked to have more control over the ball. It feels good, but at the same time we have more work to do,” Kashkooli said.

The Blazers will play their next home game against the Sherwood Warriors on Monday, Oct. 11 at 7:15 p.m.