The Blazers won 5-0 to advance to the state bracket

The Blair Blazers (12-4) triumphed over the Sherwood Warriors (7-7) 5-0 in the regional championship on Tuesday. The Blazers put their best foot forward with a goal from junior Sophia Kim assisted by senior Dede Greenfield about ten minutes into the game. Shortly afterwards, senior captain Noa Dorah put one into the back of the net. 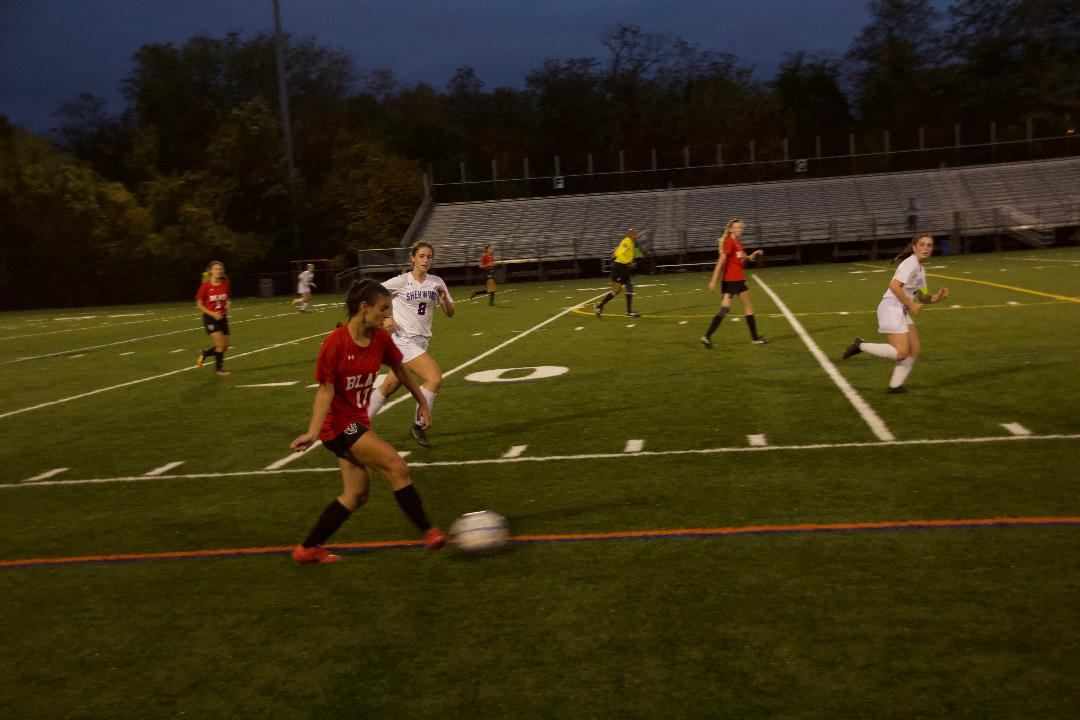 Blair continued to play as a unit for the remainder of the half, taking seven shots on goal and limiting Sherwood to only two. They took many offensive opportunities, and the defense placed a lot of pressure on the Warriors' forwards and mids. They finished the first half with a 2-0 lead.

Sherwood came out much faster and more aggressive in the second half, but couldn't keep up with Blair. Kim scored another goal off a corner kick by senior captain Janie Pitner, and less than a minute later, Dorah scored again with an assist from Pitner.

The Warriors tried to make a comeback, but struggled to get through the Blair defense. Blair junior defender Indigo Suchar used her speed to prevent anyone from getting by her. Kim found the back of the net one more time to get her first hat trick of the season. "I'm just over the moon," Kim said. "I didn't think that I'd be able to score a hat trick this season, and in the regional final, I'm just so happy."

The Blazers came out with a 5-0 victory and the 4A North Region II title. Along with the other seven Maryland 4A regional champions, they will be reseeded into a new bracket to play for the state title. Kim has high hopes for Blair to make it far this postseason. "It's time to buckle down and get a deep run into the playoffs," she said.