The Blair hockey team (6-4-1) thrashed the Blake Bengals (4-7) 8-0, asserting their offensive and defensive dominance throughout the game and clinching a playoff berth on Feb.8.

Photo: Offensive tenacity was the key to Blair's success in the match against Blake.

Photo: Offensive tenacity was the key to Blair's success in the match against Blake. Photo courtesy of Emma Howells.

Once the game started, it didn't take long for momentum to swing Blair's way as sophomore co-captain Max Kronstadt scored a goal in the first minute of the game. Less than a minute later, fellow sophomore co-captain Sebastian Rubinstein scored another goal to put Blair up 2-0 within the first four minutes of the game. "We came into the game just wanting to get pucks in the net early in the game," Kronstadt said.

The Bengals tried multiple times to comeback, but the team was constantly marred by penalties and spent a large amount of the game down a player. Even though officials played a larger part of the game than in others, both players and coaches alike agree with the calls. "It can get out of hand real quick if the refs aren't making calls," Rubinstein said. 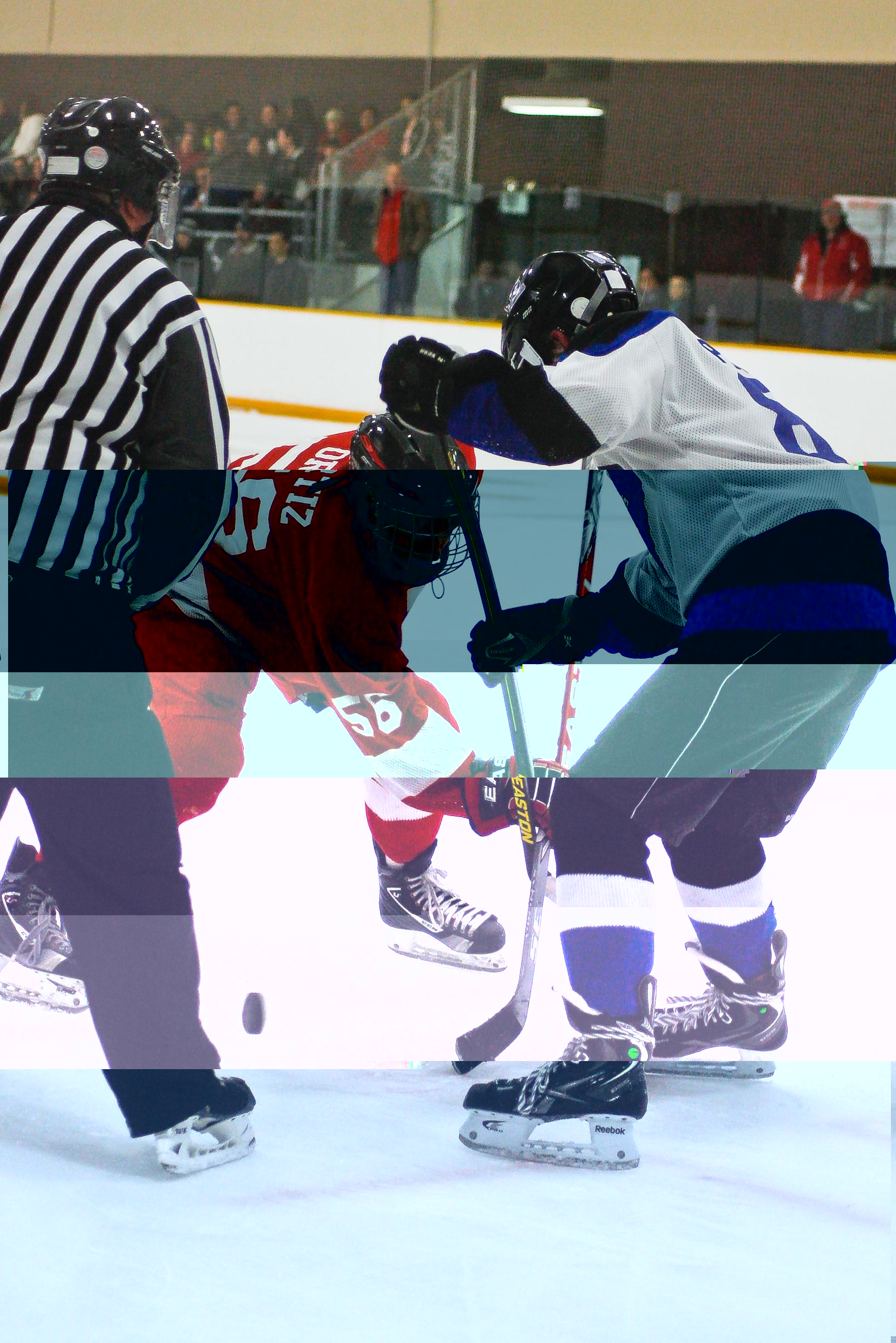 Photo: Senior Alex Ortiz faces off against a Blake Defender

Head coach Kevin McCabe agreed with the Rubinstein's statement claiming that the penalties were necessary so players could understand that the officials wouldn't take any cheap shots. Regardless of officiating, a stellar Blair defense, lead by multiple clutch saves by senior goalie Michel Devynck ensured that the Bengals wouldn't be able to mount a comeback.

McCabe was excited with the win on Blair's senior night. "We knew we needed to get traffic in front of the net to score and we did just that," McCabe said. "I always have my seniors end their last [regular season] game on the ice, and it's great that they could win."
With the win, the Blazers were able to secure a spot in the playoffs. "It feels great to get in the playoffs and regardless of whether we win or lose, I'm glad we're here," Rubinstein said.

Come out and support Blair Hockey as they take on number one seed and defending state champions Washington County on February 14.