The Blair varsity hockey team (2-1) won a lopsided game against the Damascus Hornets (0-3) by a score of 6-2. Two juniors led the Blazers in scoring, captain and defenseman Sebastian Rubenstein tallied four points with two goals and two assists while captain forward Max Kronstadt also had a four point night with a goal and three assists. The Blazers also outshot the Hornets 42-26.

Although the first period was probably Blair's best, it didn't start off too well when forward Ian Jackson took an early penalty for a hit to the head. The Blazers managed to turn it around, however, on the play of Javi Lopez, who drew a tripping penalty just 13 seconds after the blazers fell shorthanded. Lopez then scored on the ensuing four on four to give the Blazers the all-important first goal. 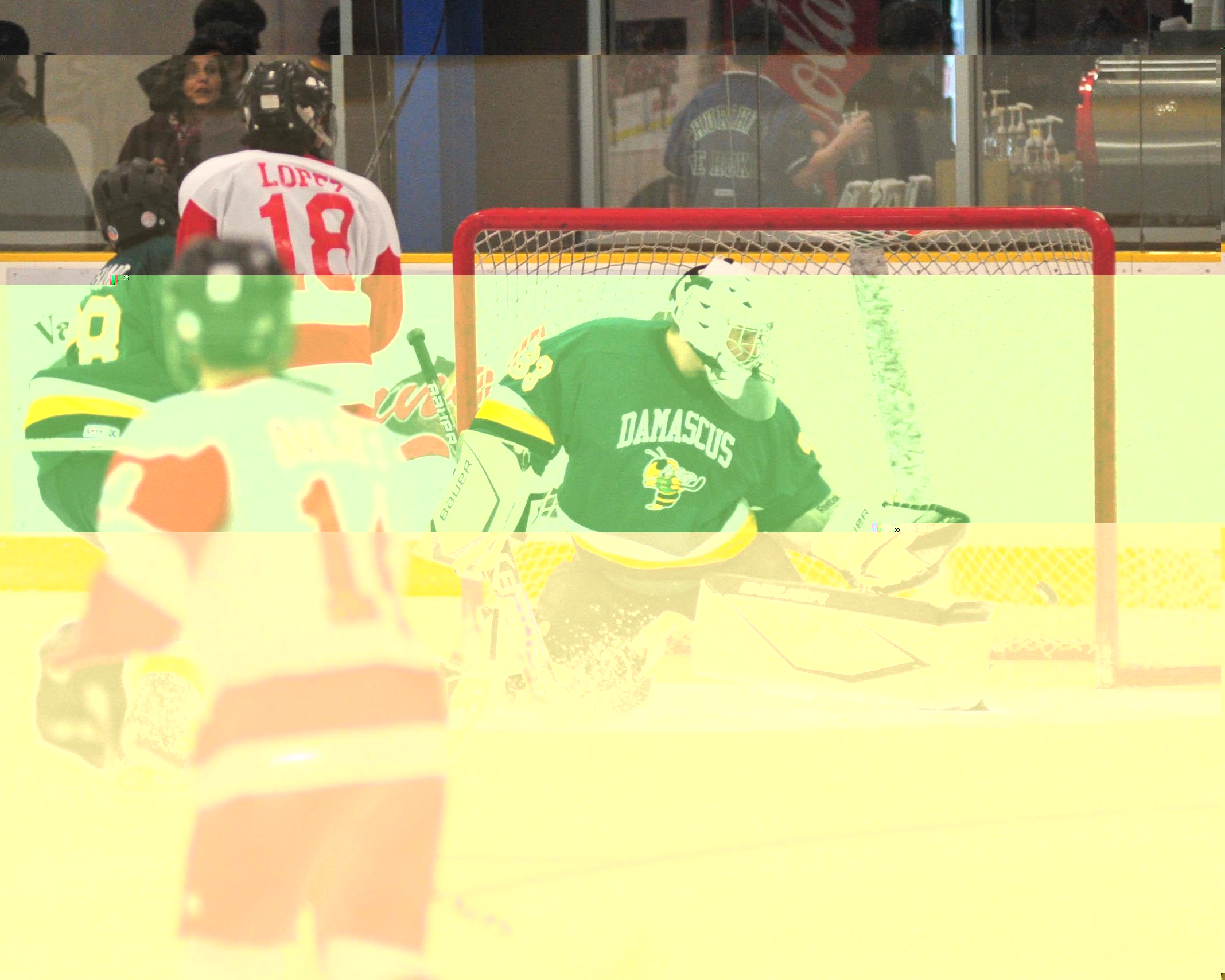 Photo: Blair's offense was firing from all cylinders, scoring six times in the game.

Blair's offense was firing from all cylinders, scoring six times in the game.  Photo courtesy of Benjamin Zastrow.

Blair kept the pressure on when defenseman Eddie Ilgenfritz from Einstein added two more first period goals to give the Blazers a 3-0 lead after one period.

In the second period, Damascus scored on a shot from the point to make it 3-1, but the Blazers quickly answered with a highlight reel end-to-end rush by Rubenstein who deked the defenseman and slotted the puck into the bottom corner to restore the blazers' three goal advantage.

Damascus scored for the second and final time with a snapshot, but Rubenstein would again answer this time with a point shot in the final minute of the period. Kronstadt would score the only third period goal to cap off Blair's second win of the season.

Blair also emphasized the importance of not getting too comfortable after having an early three goal lead. "It's a three period game," Jackson said, "We have to keep scoring." "When you're up 3-0, the next goal is really important, you got to get that next goal," Kronstadt said.

There is room for improvement for the Blazers, however, particularly finishing and capitalizing on chances. "40 shots and only six goals," Rubenstein said, "we've got to finish." Jackson also referenced the need to score more for the rest of the season. "We need to work harder, put pucks in the net," he said.

The Blair Hockey team will play its next home game against Magruder High School at 9:00 pm on Friday, December 13 at Rockville Ice Arena.