On Jan. 30, female eleventh and twelfth grade Blazers attended a breast cancer awareness assembly in the auditorium during fourth period. Sponsored by Suburban Hospital, Hadassah Medical Organization's "Check It Out" program for teens included information about the definition of the disease, how to reduce risk and early detection.

Principal Renay Johnson introduced the program by emphasizing its necessity, calling it a "very important assembly." Blair math teacher and ten-year breast cancer survivor Caroline Lesho then took the stage to talk about her experience. 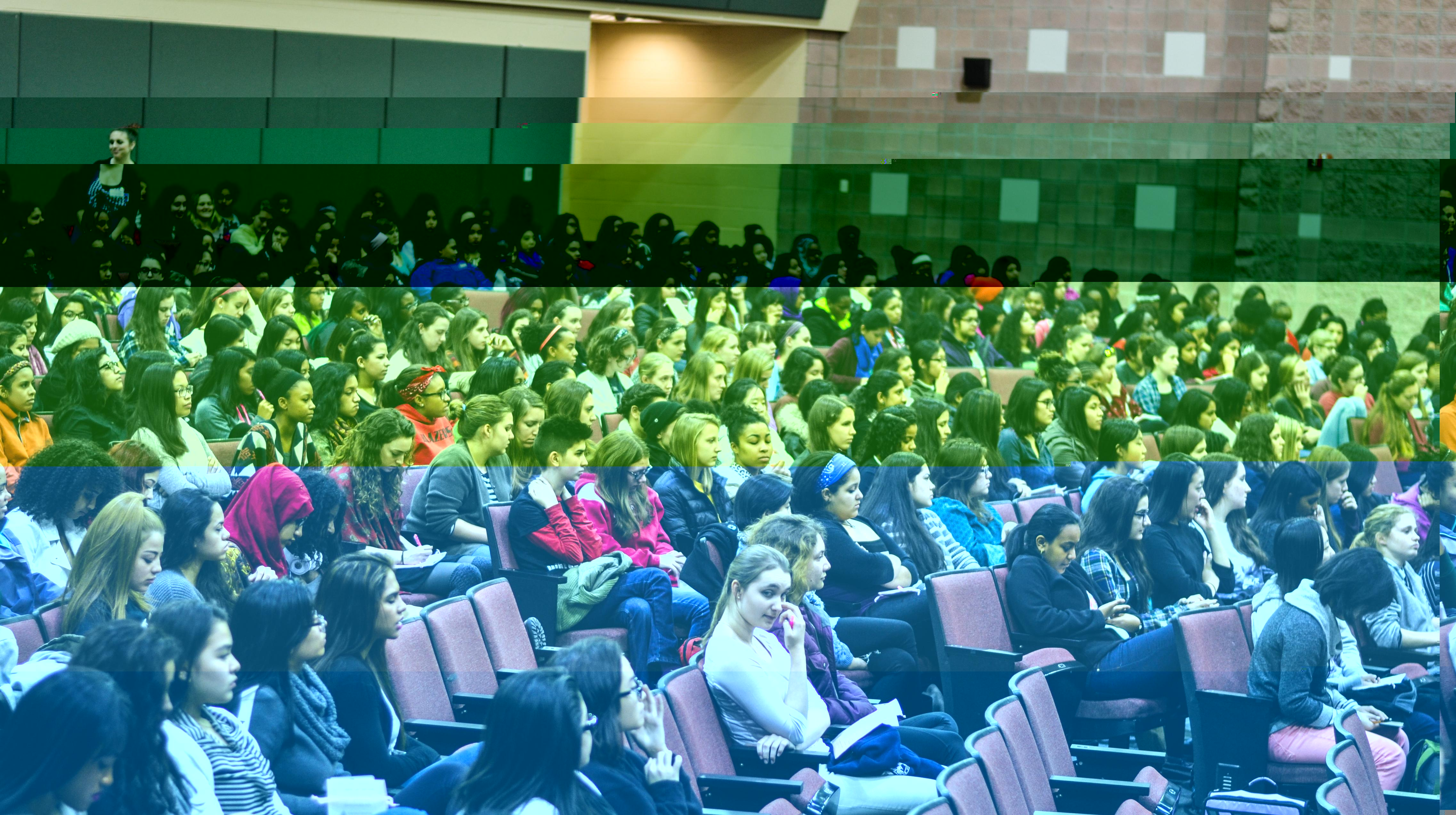 She began by naming the roles she plays in other peoples' lives to demonstrate the wide-reaching impact of cancer. "It had a big effect on those around me," she said. She stressed the importance of knowing one's family history, since her sister and several of her aunts also had breast cancer, as well as knowing how to detect early symptoms. "It's never too early to know your body and to start breast self-examination," she said.

Lesho ended her speech by announcing that she was recently declared cancer-free this year. She also invited any students with questions to talk to her. Senior Rosa Choe really appreciated the fact that Lesho spoke. "It was nice to hear about the experiences of a real breast cancer survivor," she said.

Afterwards, Suburban Hospital nurse Judith Macon presented more information on breast cancer. She explained that there isn't much people can do to prevent themselves from getting it. However, she noted, there are ways to reduce the risk such as maintaining a normal body weight, exercising three to five hours a week, not smoking and not drinking more than one alcoholic beverage a day on average.

She then discussed early detection. "If we can't prevent it, the next best thing is to detect it early," she said. She reviewed the three ways to detect cancer: mammograms, clinical breast exams and breast self-examination. Though women usually begin mammograms at age 40, she noted that it is never too early to begin breast self-examinations. "It's a good habit to start now," she said. She then explained how women perform these exams.

As students walked into the auditorium at the beginning of the assembly, volunteers handed little bags to them with more information about breast cancer, a pen and a quiz which students filled out during the talk. When they handed the quiz back at the end of the talk, they received lip balm.

Another breast cancer awareness assembly will be held again in two years. The Check It Out program is also presenting at 10 more schools in Montgomery County this year.