Editor's Note: Article Updated 5:49 a.m., Jan. 16. Corrections: The following incorrect statements were reported in the original article: the Stars first scored two minutes into the game, Ilgenfritz scored his first goal with four minutes left in the first period, Ilgenfritz is a Northwood sophomore, Kronstadt scored a goal, the game was tied at 5-5 with six minutes left in the third period, Kronstadt landed in the penalty box and the Stars snuck a goal past Blair with two minutes left in the game. The author also incorrectly named a player, "Blair goalie Ty Williams." The correct information has been updated in the article below.

The Blair community ice hockey team is not affiliated with or sponsored by the Montgomery Blair High School athletic program or Montgomery County Public Schools. The team is an independent group of Blair students, as well as a few Northwood and Einstein High School athletes.

The DC Stars (3-3) defeated Blair's ice hockey team (4-2) by a score of 6-5 on Friday night. The game ended intensely, as senior Alex Ortiz and sophomore Javier Lopez, fought alongside other teammates, in an attempt to score another point and tie the game. Unfortunately, the Stars were able to prevent the Blazers from scoring in the last few seconds with a sturdy defense. 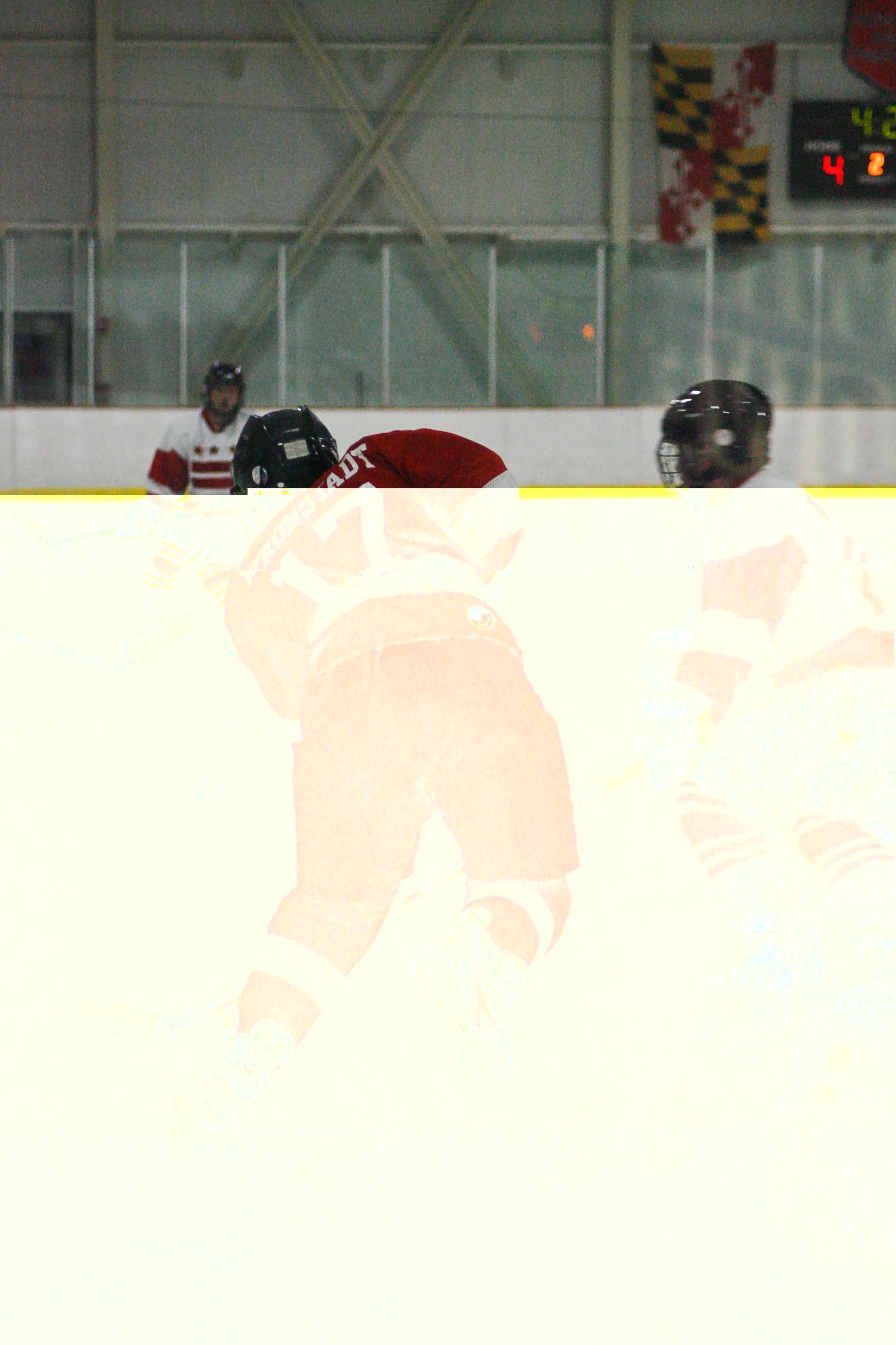 The game started aggressively as both teams used various stick maneuvers and blocking techniques to prevent the other from scoring. However, the Stars scored in five minutes into the first period putting them in a 1-0 lead. Luckily, the Blazers were able to keep their opponents from scoring again, with the aid of Ortiz and sophomore Max Kronstadt, who helped to keep the puck in Blazer possession.

Two minutes into the second period, Einstein sophomore Eddie Ilgenfritz snuck up and shot past the Star goalie, giving Blair their first point of the game. Although Lopez scored another point for Blair, the Stars proved to be offensively superior as they packed on three extra points in the second period all attributable to good team communication. By the end of the second period, Blair was behind 5-2.

However, head coach Kevin McCabe remained confident that the players wouldn't let the scoreboard bring them down. "My guys don't have any quit in them. When we get down a goal or two, they just don't look at the scoreboards and shrug their shoulders," McCabe said. "They just bite their lower lip and keep digging."

McCabe wasn't lying, as the team brought their A-game in the third period. The Stars were laying off defensively, offering the perfect opportunity for Blair to take control of the game. The third period brought out determination from Blair players as Ortiz, and Northwood senior Reed Herne and sophomore Sebastian Rubinstein each scored consecutive goals, ultimately tying the game with seven and a half minutes to go.

It was on. Both the Blazers and the Stars wanted the win and as the minutes dwindled down, both teams became more aggressive landing some players in the penalty box. Both teams kept up their defensive stamina and often alternated between stealing the puck, as both teams were unable to score against each other.

With only six minutes remaining in the game, the Stars were able to barely sneak a goal past Einstein sophomore goalie Ty Wilson, ultimately granting them the win.

Despite the loss, McCabe is content with the overall attitude and dynamic that the team holds. "Although we aren't the perfect team that has gone 6-0, I am still pleased with their chemistry and their drive," he said.

The Blair ice hockey team will have their next game against Damascus on Jan. 18 at 9:15 p.m. at Cabin John Ice Rink.