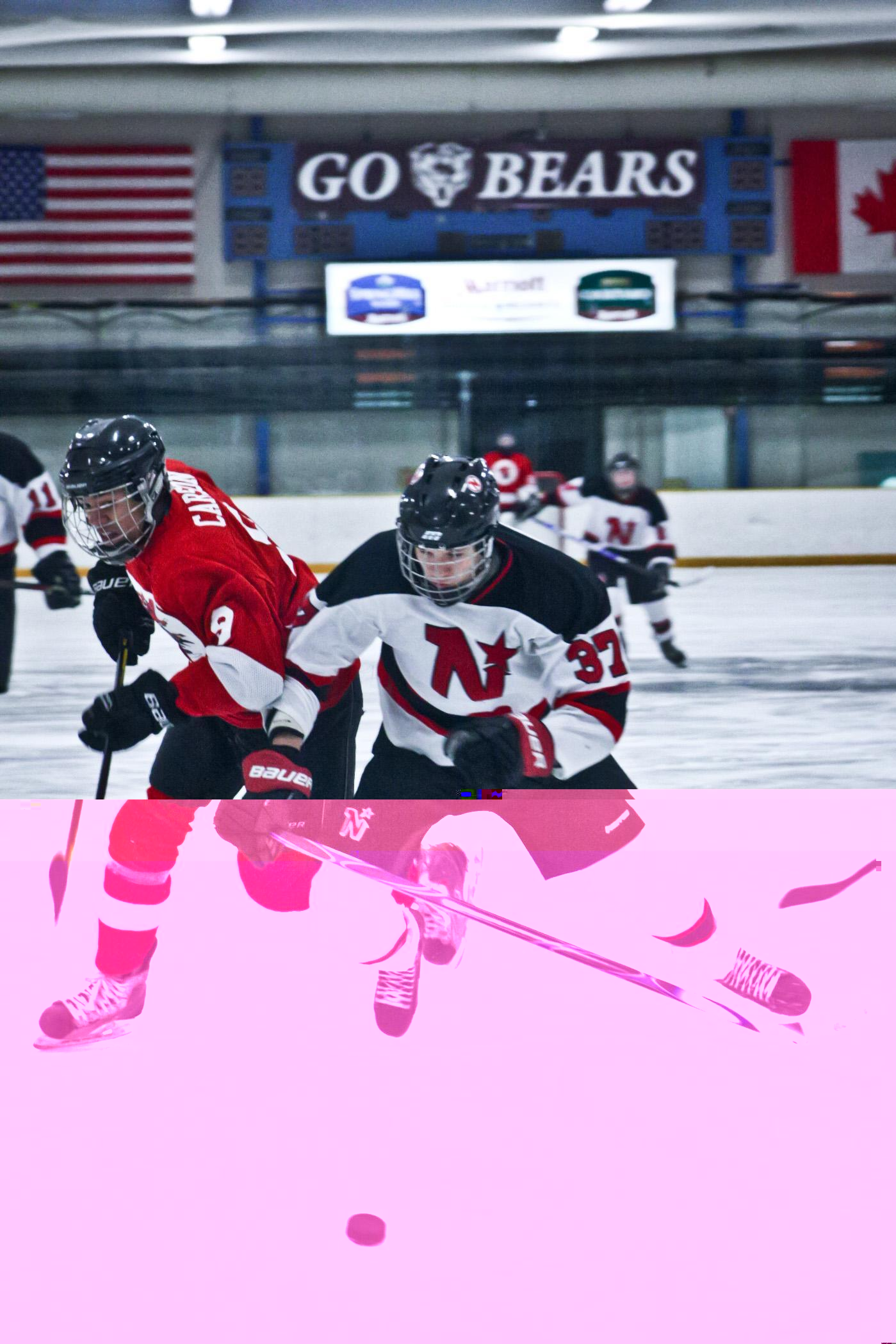 Photo: The Washington County North Stars defeated the Blair ice hockey team by a score of 5-1 on Friday night.

Washington County (WC) (16-2-1) beat out the Blair ice hockey team (12-4-0) in a playoff matchup on Friday night. Despite strong defense and powerful goalkeeping, Blair was unable to score in the first two periods and lost by a final score of 5-1.

"We had a lot of intensity but we just couldn't catch a break," head coach Kevin McCabe said.

The first period was scoreless for Blair while Washington County managed to score two goals. The period ended with six shots on goal for WC and four for Blair. "We didn't have real good opportunities to shoot," McCabe said. "The quality of shots just wasn't very good."

WC scored two more goals in the second period while Blair remained scoreless. "We haven't said this all season but we could've improved offense," senior co-captain Alex Stewart said. Despite 22 shots on goal for WC through two periods, Blair goalkeeper Michel Devynck held his ground and blocked most of the opposition's shot attempts.

Following a Zamboni break after the first two periods, both teams came back with more intensity. The third period remained scoreless until the last minute of the game when freshman defenseman Kenneth Johnson scored Blair's only goal from a Stewart assist. In the last 30 seconds, WC scored its fifth and final goal. The game ended with 33 shots on goal from WC and 14 from Blair. Despite the loss, the Blazers recognized that they were beaten by a great team. "They were a lot bigger and better," Stewart said. "They'd been playing their whole lives."

McCabe echoes his sentiment. "Washington County was very good," he said. "They were very fundamentally square in their defense." McCabe is happy with how his team played. "I'm proud of how they played and conducted themselves," he said. "There was no discontent on the bench even when we realized it probably wasn't going to go our way. It was very heartening as a coach."