Lack of energy results in 3-3 tie 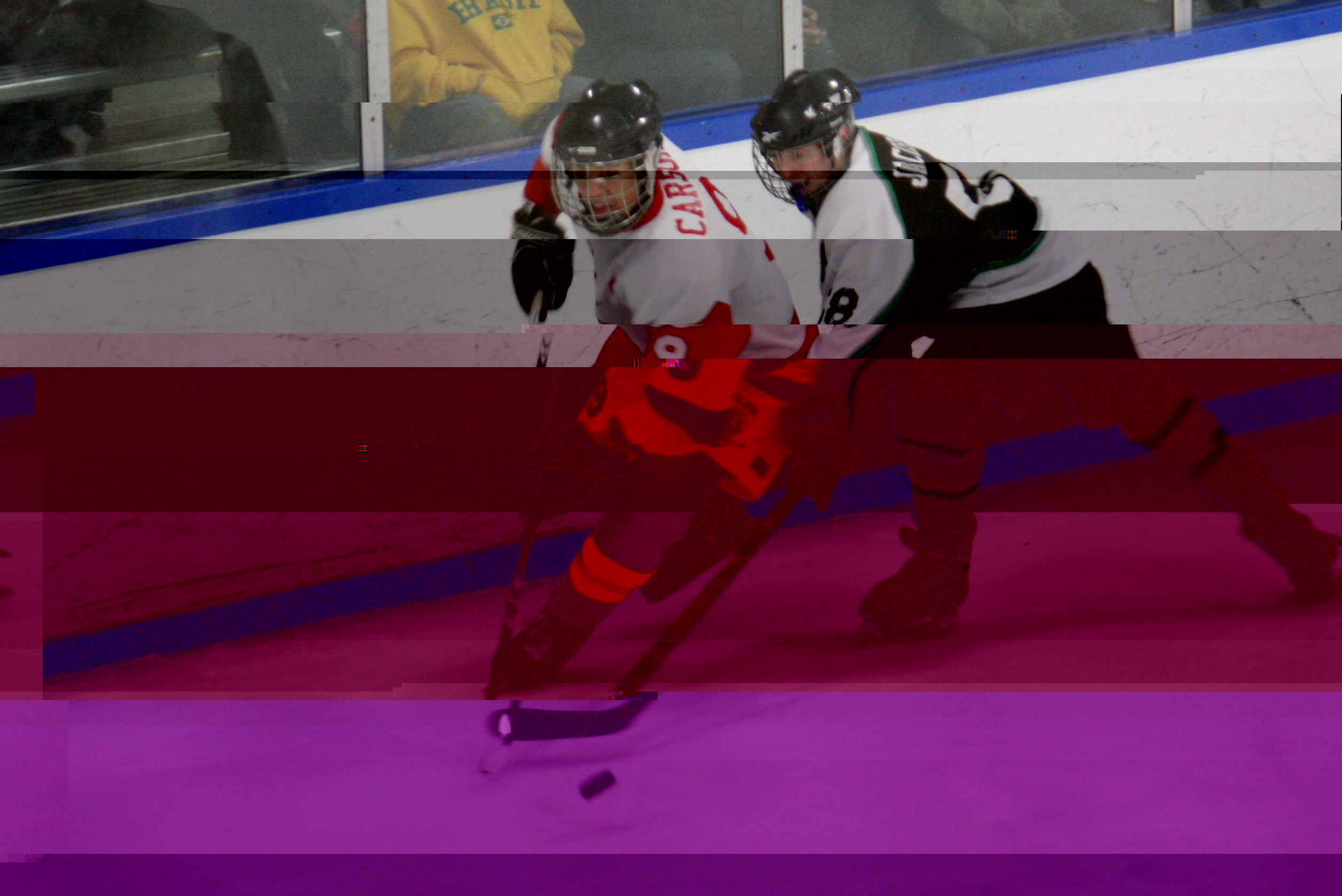 On Monday, Blair's ice hockey team (5-3-1) took on the Walter Johnson Wildcats (4-1-2). Although Blair played strongly in areas such as defense, a sense of lethargy kept the team from reaching its full potential, and the game ended with a 3-3 tie. Sophomore captain Rudy Carson scored all three goals for Blair.

"In this game, we didn't work hard enough," coach Didier Devynck said. "This was easily a game that we could have won, but we just didn't make it."

Senior assistant captain and defenseman Peirce Marston agreed. "Our team was very relaxed and not aggressive, leading to missed opportunities," he said. Still, Marston added, the game had its good points. "Our passing was good at times, and we played good defense," he said.

There were only minimal deviations in play throughout the periods. The score was close in the first period, and Blair tied the game late in the second period. After pulling ahead late in the third period, WJ scored the tying goal close to the end of the game.

According to Devynck, the team's lack of energy issue stemmed from a negative attitude. "The players got a little discouraged and I don't know what it is. We simply have to work better than that," he said. Upping the ante is especially important to Devynck, since Blair's next game is against Churchill, a league powerhouse. "Churchill is a very strong team and that's going to be our next big test," he said.

To improve in the Churchill game, Marston said, the team needs to rise to the occasion. "We need to be more aggressive. This was a game we should have won, but we laid back too much, and our special teams need to improve," he said.

The ice hockey team will play their next home game on Feb. 2 against Damascus High School at 6:45 p.m.