Paint Branch (6-1) and Blair (5-2) both came into Friday night's game with identical records. The fans were ready to witness a battle between two evenly matched teams. However, Blair fans were disappointed as the Panthers came out with the 25-14 win.

Paint Branch had to play outside of its usual strengths on Friday as they matched up against Blair's tough defense. The Panthers have relied mainly on their passing game to win games this season, but with Blair's strong pass defense, they had to switch to more of a running based attack.

The Panther's opening drive began with a 29 yard run by running back Darryl Hill Jr. that quickly moved Paint Branch from its 37 yard line to Blair's 34. Later in the drive, quarterback Danon Davis-Cray took the ball in himself for a two yard touchdown run for the first points of the game. 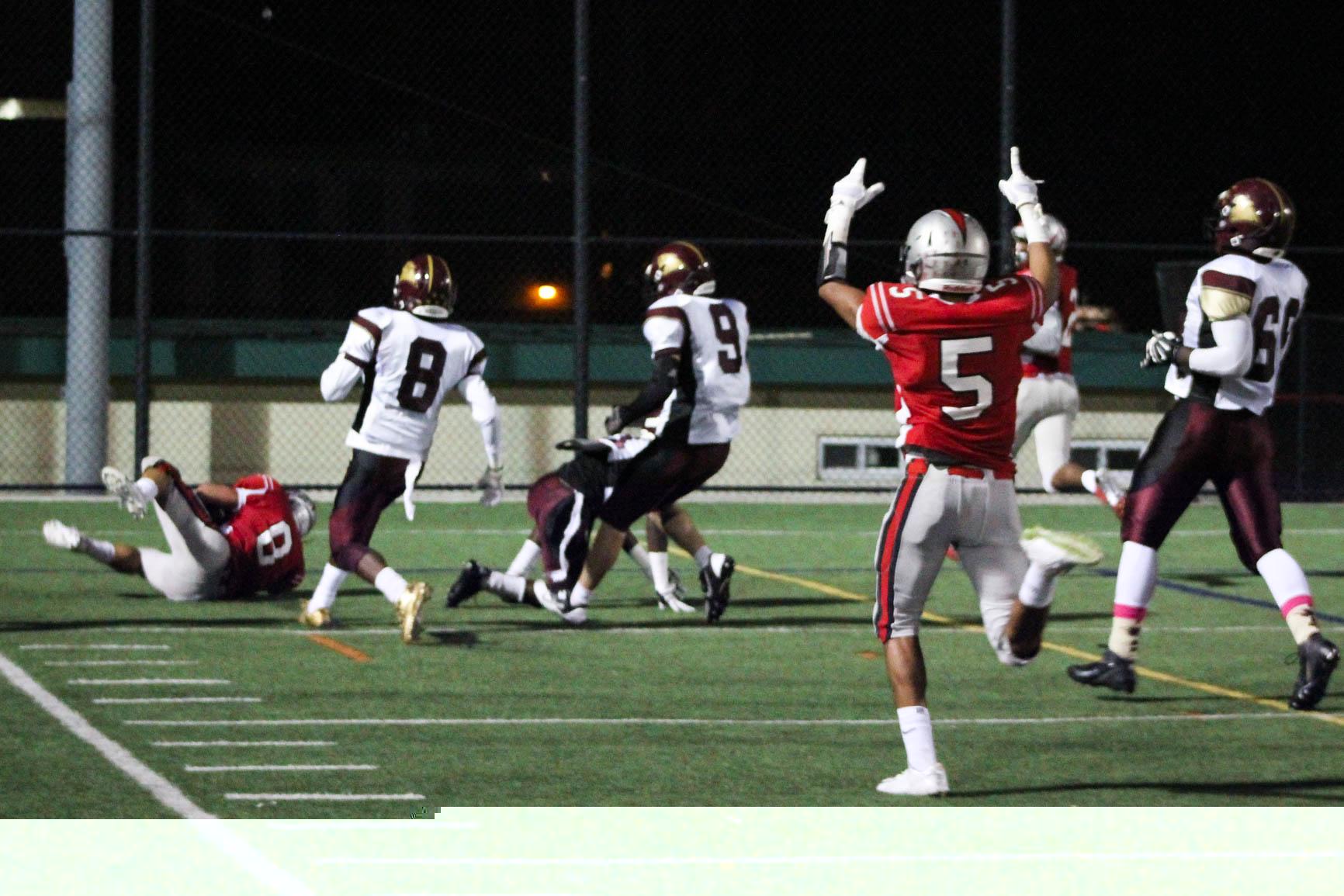 Near the end of the first, Paint Branch began another scoring drive as their running backs pushed down field through the Blazer's defensive line. With about a minute left in the first quarter Hill extended the Panthers' lead to 13-0 as he drove it in from the two yard line. Paint Branch had a dominant game on the ground as both Hill and backup running back Gibbs Tinne combined for 220 rushing yards on the game.

"It was tough to stop their running game," said defensive tackle Ibu Bundu. "We had missed tackles all over the place on defense. We just have to step it up next week and come back strong."

Blair countered the Panthers' attack with a 56 yard touchdown run by senior running back Yonis Blanco. This got Blair on the board and diminished Paint Branch's lead to six. It seemed like the momentum was shifting to the Blazers' side.

However, the momentum was quickly back with Paint Branch as a some blown coverage by Blair led to a 49 yard Panthers' touchdown pass. The touchdown came with ten minutes left in the second quarter and widened the Panthers' lead to 12. This was the only real offense pressure delivered by Blair.

The second half brought more running dominance from Paint Branch; especially from Hill. Hill finished out his strong game with a 30 yard touchdown run in the fourth quarter to make it a 25-7 Panthers lead. Both Hill and backup fullback back Gibbs Tinne combined for 220 rushing yards on the game. Hill had 135 of the 220.

With just a minute left, Blair had one last push. Sophomore quarterback Desmond Colby threw a 47 yard hail mary that landed in the hands of junior Chris Green in the end zone. However, this wasn't enough to overcome the huge deficit, as the game ended with a 25-14 Panthers victory. 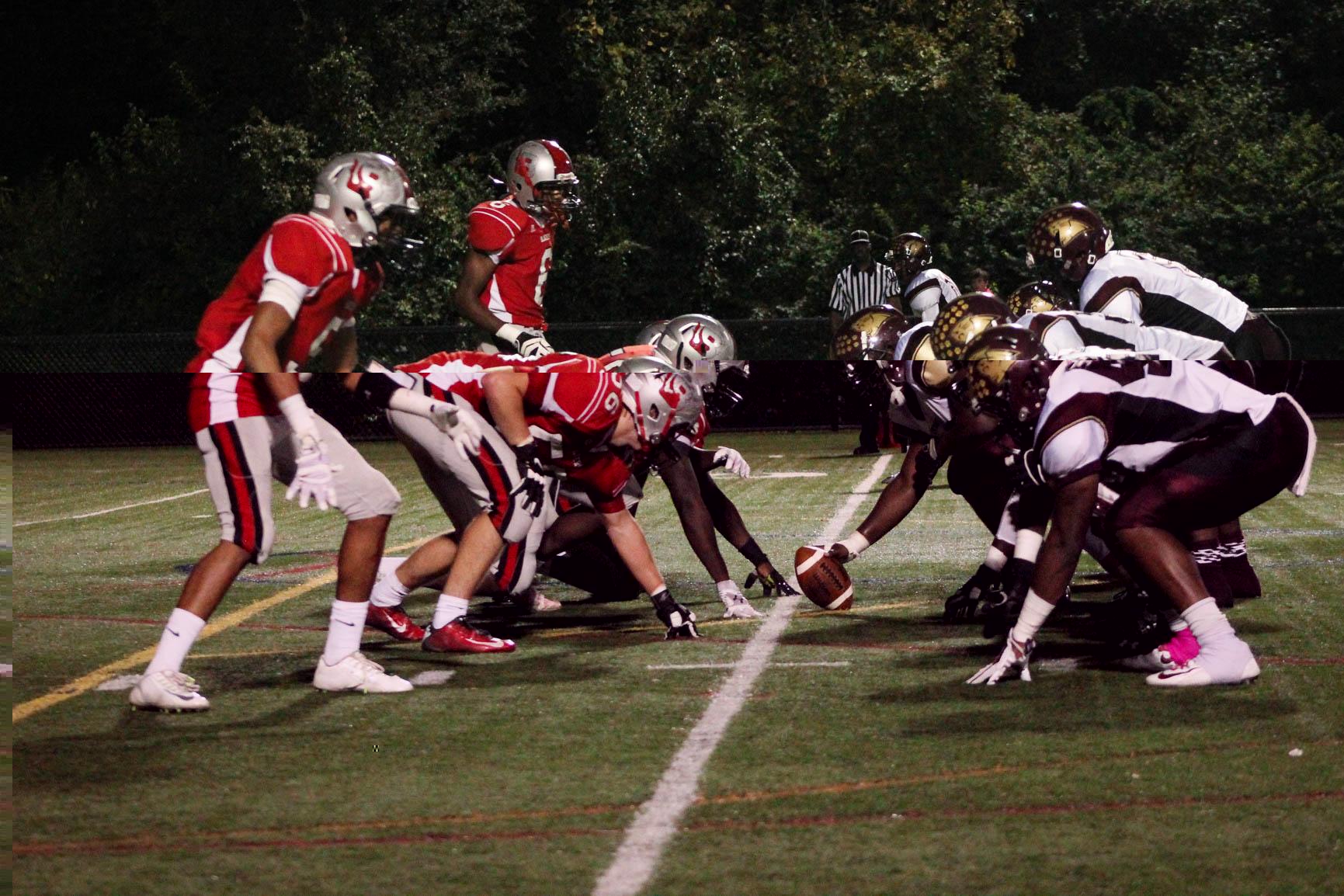 Photo: Blazers' defense gets set for a Panthers' snap.

"What we did on the field obviously wasn't enough," said Colby. "We had tons of missed opportunities. If we are given an opportunity, we need to find a way to capitalize and we didn't do that at all today. That's what we need to work on."

Coach Fields attributed the loss to the Panthers' to their aggressiveness on the field.
"They were just more Physical than us, which is something we haven't really had trouble with all year. They basically just beat us at our own game," said Fields.

Fields also expressed his thoughts on how this loss can humble and improve the team.
"This is all new territory for us. It was like a "game of the week" scenario," said Fields. "We need to learn from this experience and use it to our advantage in the future."