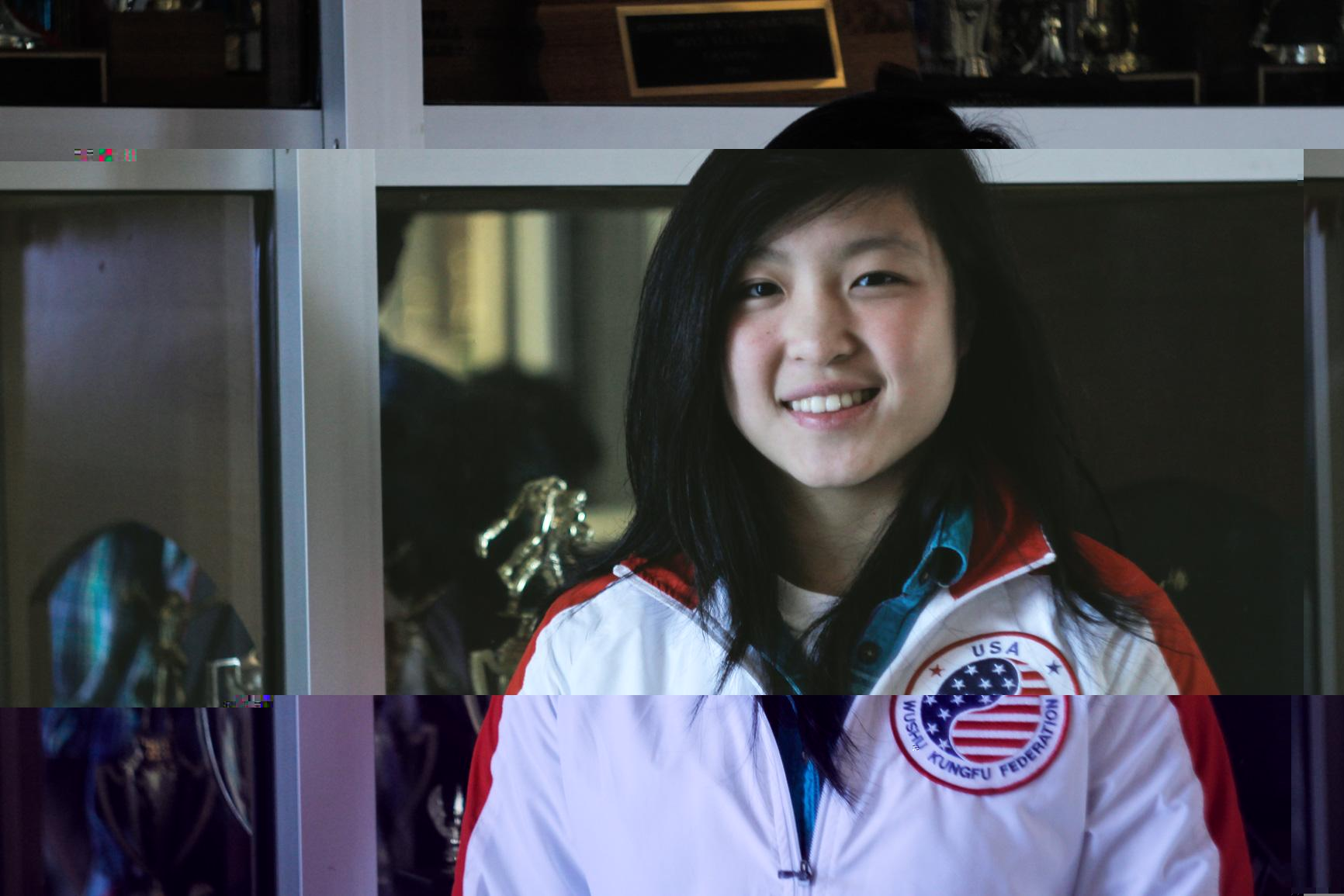 Li came into the Olympic Games ranked number one among juniors, under pressure to repeat her performance at the WJWC just a few months before. At the Olympics, competitors were able to choose between a variety of weapons. Li competed with broadsword and staff.

Li won first place in her first routine. However, after the initial excitement that came with the success, Li felt even more pressure to hold on to her lead. "I wasn't that nervous going into the competition, but the fear really set in after winning first in that first routine," she said. After winning gold, however, Li felt relieved and elated. "There were a lot of expectations, and I had been working really hard for many months before. It all went by so quickly, but when it was done it was like a dream come true," she said. Li loved her time in Nanjing both because of her victory and the people she competed with. "I would call this the highlight of my career. Everyone was super nice and supportive," Li said.

Amy Li is one of the world's best young performers of Wushu, which is derived from traditional Chinese martial arts. It was developed in 1949 in an effort to consolidate and standardize the various martial arts practiced in China into one discipline. Wushu, which means "martial art" in Mandarin, has since become an international sport with a strong presence in Europe and Asia. Wushu is divided into sanda, in which the competitors fight each other, and taolu, the individual- and performance-based discipline that Li practices. In taolu competitions, the performance can either be done barehanded or with weapons. At the Youth Olympic Games she performed with a spear for one stage and with a broadsword for another.

Li attributed her success at the Olympics to her coach. "She is from China and knows Wushu really well," she said. "Plus, she can focus on the individual and his or her needs." Li also attributes much of her own success to her stubbornness. "I keep working when someone tells me I can't do something, or if I get hurt. I think that's what really helps me," she said. In an interview with the Montgomery County Gazette, Calvin Wang, Li's classmate and teacher at O-Mei, agreed. "She's different from a lot of other kids that come out of our school in that she's not afraid of difficulty," he said. "She's not afraid of pain, she's not afraid of hard work."

After her two wins, Li is taking a break from Wushu, focusing more on her schoolwork. She doesn't plan on returning to the World Junior Wushu Championship this year, instead opting to set her eyes on a spot on the U.S. national team, which she missed by one spot in 2013. "I don't really want to do World Juniors again, because it's really just the same format. I'm focused on getting that spot on the national team," she said.