Blair knocks Churchill out of first round of playoffs

Surrounded by the chill of late fall and bleachers filled with dedicated fans, the Blazers (8-3-2) defeated the Churchill Bulldogs 1-0 in their first playoff game. 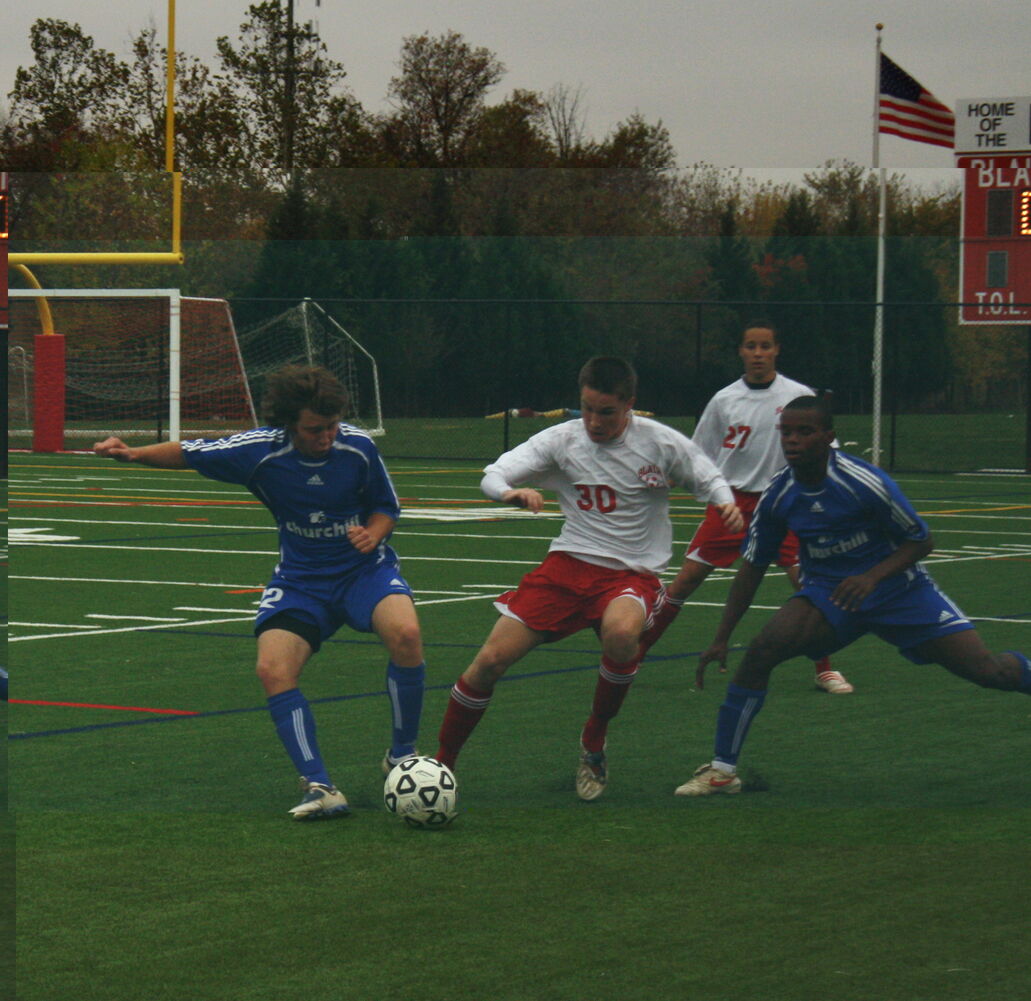 Coming off six straight shut-out games, the Blazers were surging on a winning streak. But no one was more aware than this team of how hard they had to work to beat Churchill. In the first round of playoff games for last year Blair led Churchill 3-1 at halftime but ended up losing 4-3. This year's Blazers came determined to settle the score. "They wanted it really badly," head coach John Haigh said of his team. "Nobody gave up."

The first goal was scored by senior co-captain Aaron Baldwin. The Blazers had possession of the ball close to the Bulldog's goal, and as the Churchill goalkeeper blocked a shot, he accidentally bobbled the ball. In all the confusion, junior defender Ben Kaufman managed to feed the ball out to Aaron Baldwin, who quickly booted the ball into the net before the goalie had time to recover.

At the beginning of the game, the Blazers seemed to be tense, undoubtedly from the pressure of a playoff game and an opponent as formidable as Churchill. After the goal, the Blazers were able to loosen up a little on the field and make things happen, Haigh said. "The start was slow," Haigh said. "If we could come out 100%, and play like we did in the middle and end of the game, we could play a lot better."

Senior midfielder Jamie Thomas played an impressive game and served as a major contributer to his team's force. Thomas was a consistent player, stepping to the ball and helping his teammates drive downfield. Frequently, Thomas intercepted Churchill's passes in the midfield and played an excellent defensive game, at one point stopping two consecutive shots on goal. 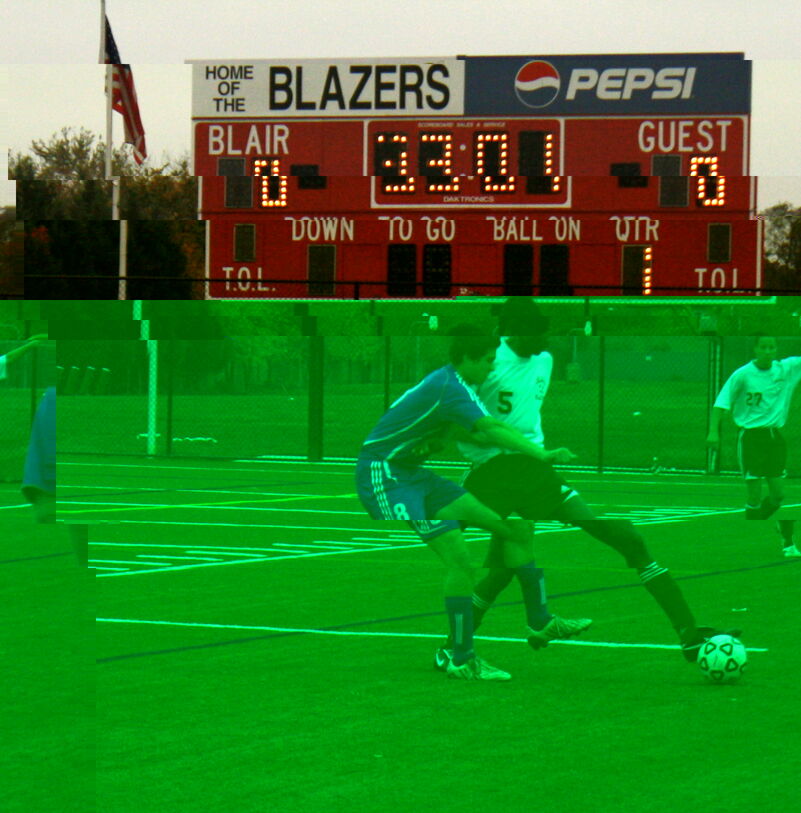 The two teams were evenly matched throughout the game. When the Bulldogs got too far into Blazer territory, a Blair defender would swoop in and send the ball sailing back to the midfield, and it would be the same story almost every time the Blazers tried to push past the Bulldog defense, who proved to be every bit as tenacious as their namesakes. For Haigh, there was no doubt that beating Churchill would be a difficult task. "They passed the ball well and had some good speed," he said. "They were dangerous."

The Blazers are already preparing for the next game and plan on improving different techniques. "We had an issue with our defenders beating the strikers to the ball," Haigh said. The captains remain excited and optimistic about their playoff chances. "We're just getting better with each game," Aaron Baldwin said. "I think we can go as far as we want to."

The boys' soccer team plays their second playoff game at home on Tuesday, Nov. 3. Time and opponent are TBD.