Blair placed first out of 678 teams in the world in the 53rd biannual Knowledge Master Open (KMO) held during 5A and 5B lunch Wednesday in room 215. The last time Blair placed first was in the fall of 2000. Blair earned 1,797 points out of a possible 2,000, according to official KMO results released on Dec. 3. 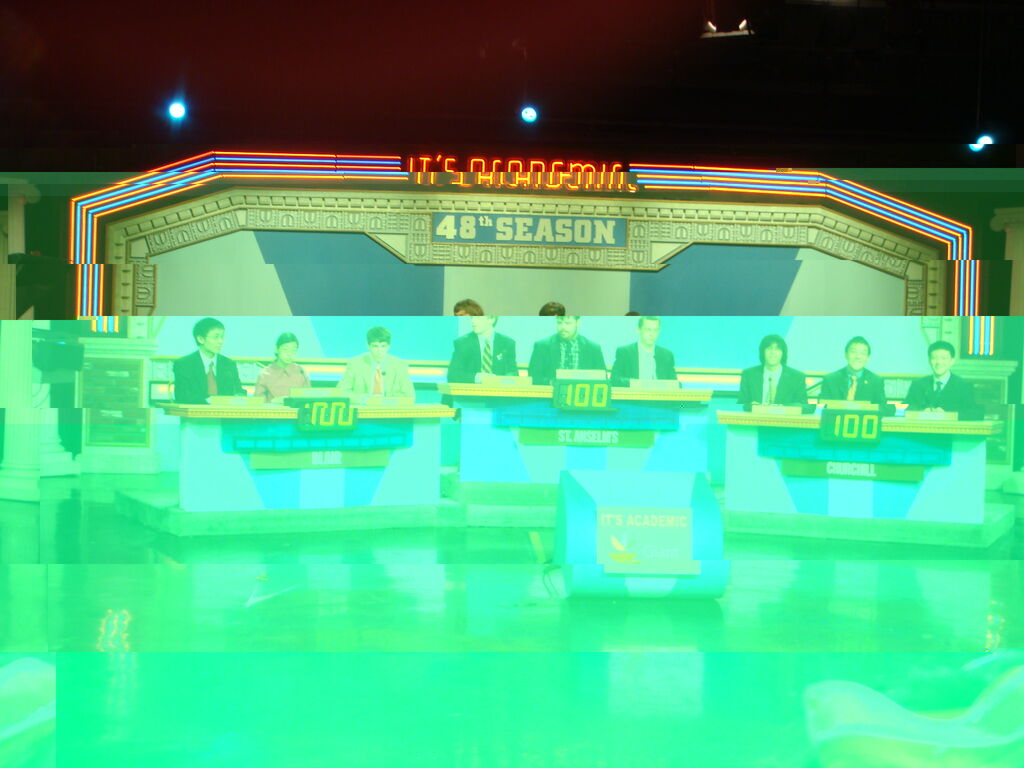 The KMO is a 90-minute contest testing students' analytical abilities and knowledge of 14 curriculum areas including history, current events, math, science and literature. There are 200 multiple choice questions, 188 of which Blair answered correctly on the first try. Students had two chances to answer each question, but bonus points could only be earned for quick responses on the first try.

The 160 Blazers who participated in the KMO as a part of Blair's team included members of It's Academic, student volunteers and those whose teachers decided to let their class participate. The turnout was much larger than in previous years, according to It's Academic captain and senior Jeremy Fallick. "This year the room, which is fairly large, was absolutely packed," he said. "I've been doing KMO since I was a freshman, and I don't recall ever having a turnout this big."

Fallick reported that Blair's speedy responses allowed the team to rack up dozens of bonus points. "The majority of questions were quick answers, either within the first seven seconds, which earns the maximum 10 points, or between eight and 12 seconds, which earns nine points," he said. These timely responses can be attributed to the team's strict answer policy, according to senior and It's Academic member Jacob Hurwitz. The policy requires silence for the first four seconds of each question. Students who choose to answer during the next six seconds must be completely confident in their response.

It's Academic coach and quantum physics teacher James Schafer agreed that Blair's answering system was key to its success. "Having 160 students is potentially a disaster," he said. "Because of the large amount of cooperation we were able to have a very successful day."

Blair accumulated hundreds of points above the average team score, which is around 1,200 according to Schafer. Despite this accomplishment, Schafer insists that there is still room for improvement. The team's goal going into the contest was to achieve a score of 1,800, a benchmark it narrowly missed. "We came close but…there's still work we can do," Schafer said.

Nevertheless, he is pleased with the outcome of this fall's KMO. "I am amazingly proud of all the students that participated," Schafer said. "It's a testament to how hard the It's Academic students have been working and how academically talented our school is as a whole."

Blair achieved fourth place in the KMO held this past spring, according to Hurwitz. The team has consistently placed among the top schools in previous contests. Blair's size and diverse student body contributed to its success in the KMO, according to Fallick. "We have a vast pool of talent and diverse knowledge to draw from," he said.