Blair players to present "The Mikado" 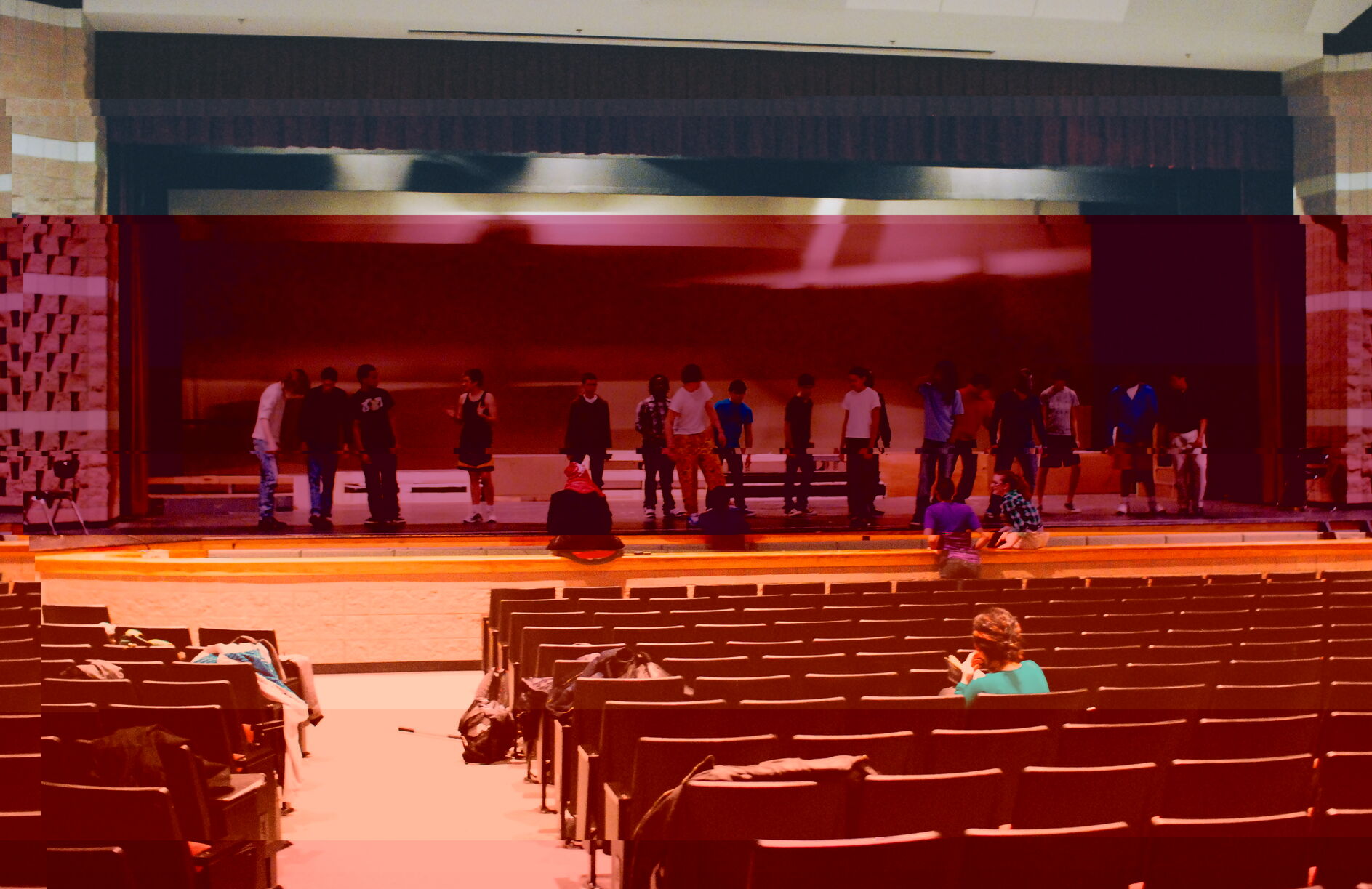 Photo: Blair Theatre meets in the auditorium, learning and practicing choreography and more for the upcoming musical "The Mikado."

Photo: Blair Theatre meets in the auditorium, learning and practicing choreography and more for the upcoming musical "The Mikado."

Director Kelly O'Connor chose "The Mikado” to see how Blazers would respond to another play written by Gilbert. After the Blair players performed Gilbert's "Pirates of Penzance” in 2007, she said that audiences enjoyed it so much she wanted to try another Gilbert play. "It was a smash," she said, and is excited to see how audiences will react to "The Mikado." "I've loved the show for about twenty years now."

O'Connor explained that Blair's version of "The Mikado" will have elements that differ from the original version including jazz and hip-hop dancing. "Why not take it a step further and make it more modern?" she said. The dancing was mostly directed by senior Tina Munoz-Pandya and junior Elizabeth Spilsbury. "[They] have put together terrific choreography," O'Connor said.
She also noted that many new students signed up for this year's auditions. "We have a very diverse cast," she said.

Munoz-Pandya said that the music for "The Mikado" is different that other musicals she has performed in before. "It's difficult to sing and memorize but it's really fun," she said.

Munoz-Pandya explained that although not many students know what "The Mikado” is about, they should come to find out. "Even though they don't know what it is, it's going to be hilarious," she said.

Junior Michael Dalbello, a member of the cast, added that the play is interesting and easy to follow. "It's actually open and easy to understand," he said.

The Blair players will perform two teasers in school on Thursday and Friday, as well as an in-school performance for elementary school students in the area.

O'Connor encouraged Blazers to come see the show, adding that, as usual, there will be a reduced price for students on opening night. "We like to have a full house," she said. "It's a very kid-friendly show."

Tickets cost $10 for adults and $5 for students and senior citizens and may be reserved online at www.brownpapertickets.com.