The Blair American Red Cross club hosted a disaster-relief fundraiser last week from Monday to Friday outside of the Student Activity Center (SAC) during 5th and 6th period lunches. The club's goal was to raise money to help those displaced by the earthquakes in Turkey earlier this year. 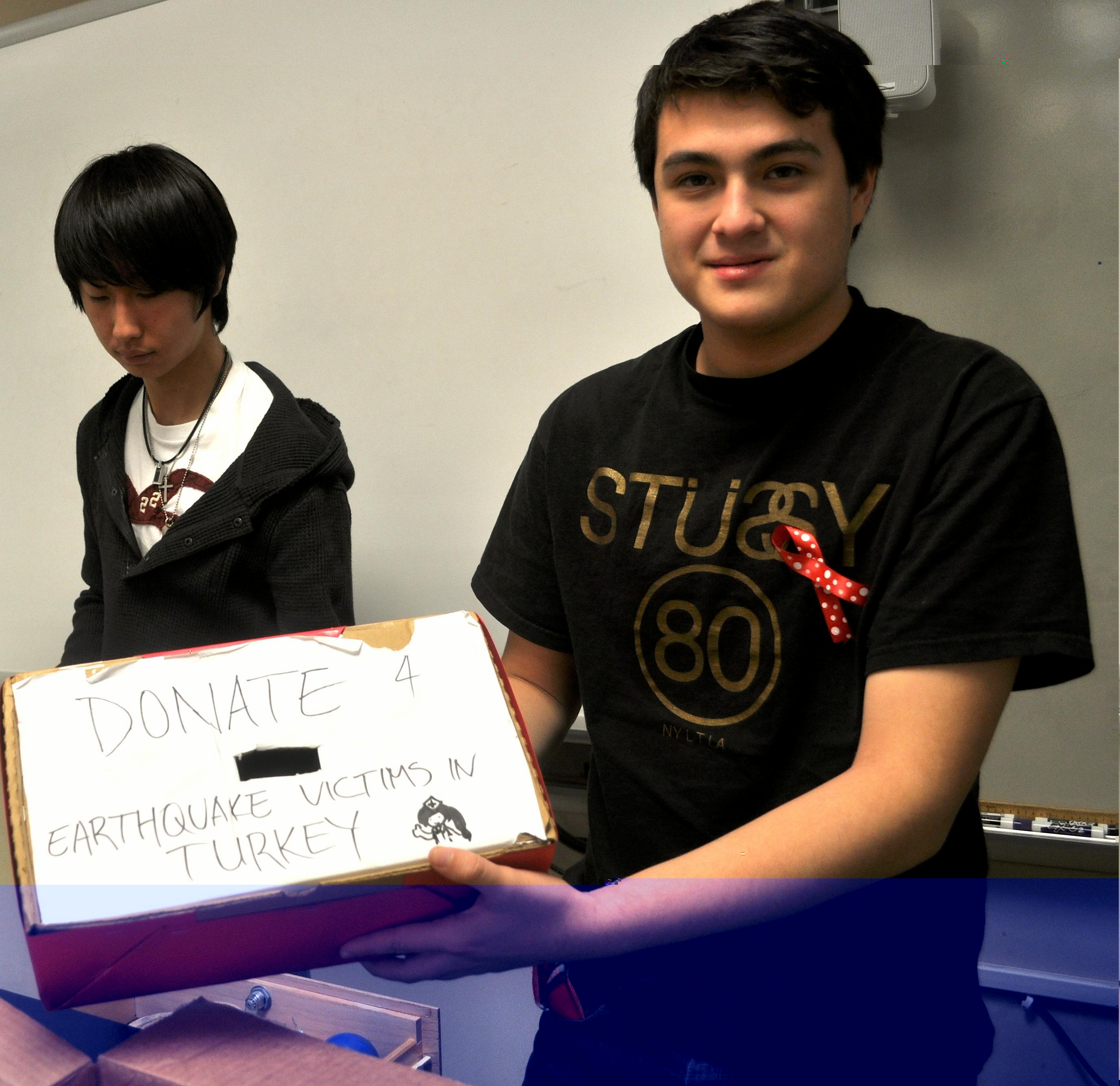 According to club sponsor Elizabeth Levien, the Red Cross Club collected a total of $270.79. All proceeds went to the American Red Cross, which has already given $1 million to the support the cause.

The Red Cross club began planning the fundraiser after the Oct. 23 and Nov. 9 earthquakes in Turkey. According to vice president and junior Ashley Yuen, earthquake relief is high on both the club's and the American Red Cross's list of priorities. "There are still tens of thousands of people who are still homeless," she said.

To advertise the fundraiser, the club created hand-made posters and put them up around the school. Last week, they set up a table outside of the SAC, decorated a large money box and asked for donations during both lunches.

The fundraiser surpassed the club's expectations. "Our goal was $200, so we were pretty happy when we got more," Yuen said. "A lot of people were interested in donating."

Levien stated that she was impressed by the club's efforts. "The club members, especially at its core, are very devoted and passionate about the cause," she said. "I am delightfully surprised at how adept they are at getting their fellow students to be so generous."

Both students and staff contributed to the fundraiser's success. Sophomore Allison Chen decided to donate because she supports the cause. "Even a little money would help make a difference," she said. Similarly, senior Leila Farrer believed it is a worthy cause. "This disaster deserves as much attention as the ones in Haiti and China," Farrer said.

To support those displaced by the Turkey earthquakes and other disasters, donate to the American Red Cross.