&featureThe Blair Robotics team placed seventh out of 63 teams at the For Inspiration and Recognition of Science and Technology (FIRST) Robotics Competition in Washington, D.C. on March 25. Blair won eight of their 10 matches. 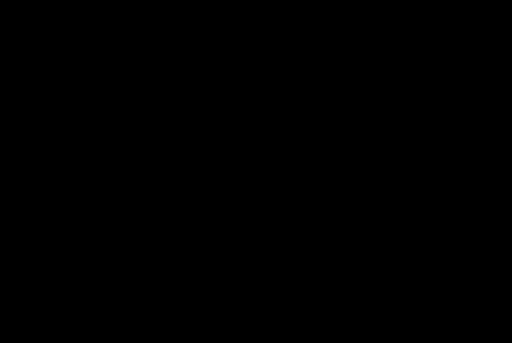 Photo: LogoMotion consists of shaped tubes that the teams must place on racks in order to earn points.

Photo: LogoMotion consists of shaped tubes that the teams must place on racks in order to earn points.

LogoMotion, the theme for this year's competition, consisted of alliances of three robots, each from three different teams. The teams must have placed shape tubes on scoring racks located on alliance walls. The tubes could have been placed anywhere, although placing tubes to form a logo earned additional points.

According to team leader senior Aaron Tucker, the team experienced relatively few mechanical failures. However, they made several notes for improvement for the next regional competition, such as improving construction. "Our main problems were that the towers that we deployed the mini-bot on were raised slightly, unlike our testing tower. So we had to fix that for deployment, and the mini-bot, to work," Tucker said. "On top of that, our gripper kept on knocking off tubes on the way down, and the drivers had viewing angles that we didn't practice driving with."

Tucker also noted that Blair worked under the fifth seeded alliance captains going into the quarterfinals because higher seeded teams chose some of the lower seeded teams, including Blair, to be captains for higher ranked alliances going into the final rounds. Of the 63 teams that competed in the event, only one alliance of three robots went to the finals. That alliance was composed of Teams 233, 768 and 2377, teams from Cocoa and Viera Beach, FL, Baltimore, MD and Pasadena, MD respectively. 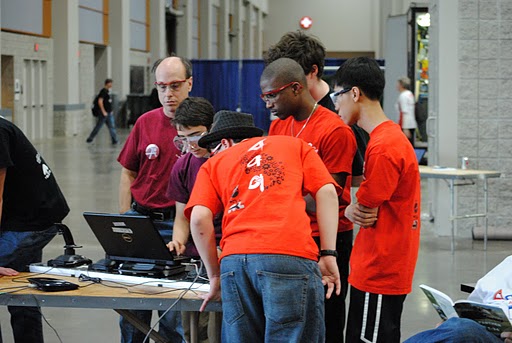 Photo: Members of the Blair Robot Project review strategy before the competition.

Photo: Members of the Blair Robot Project review strategy before the competition.

Overall, both Tucker and junior member Marcus Clarke were pleased with the turnout of the D.C. regional. Clarke found the competition thrilling and was interested even when the robots performed poorly. "[The] competition was great and really fun," he said, "It was full of exciting times such as setting the high-score at least once and having our mini-bot work for the first time and down times like when the arm of our robot broke."

The team is now preparing for their next regional event, which will be held in North Carolina at Dorton Arena, on April 7. Clarke, who drives robot "Dr. Ahgun," believes that there are several aspects of building that his team needs to work on. "To place higher we will be doing 6 things: better communicating amongst drivers, fixing alignment and autonomous scoring, driving the robot more accurately, developing strategy and even showing more team spirit," Clarke said.

To find out more information about The Blair Robot Project, visit their website.