Blazers excel in their first year qualifying for Worlds

Time and time again, the Blair Robotics Team came up just short. They suffered a rough 2015 season, and a loss in the district finals ended their 2016 season early. But in 2017, the team finally broke through to the World Championships and made it all the way to the quarterfinals.

According to senior Urjita Das, Robotics president, additional time spent designing the robot was key to this year's success. "In previous years we always limited our design time to two days. This year, we took so long that I don't remember the exact time," she said. The team also created a computerized 3-D model of the robot design before building. "This helped us make sure that all the parts came together properly before built in real life," Das explained. 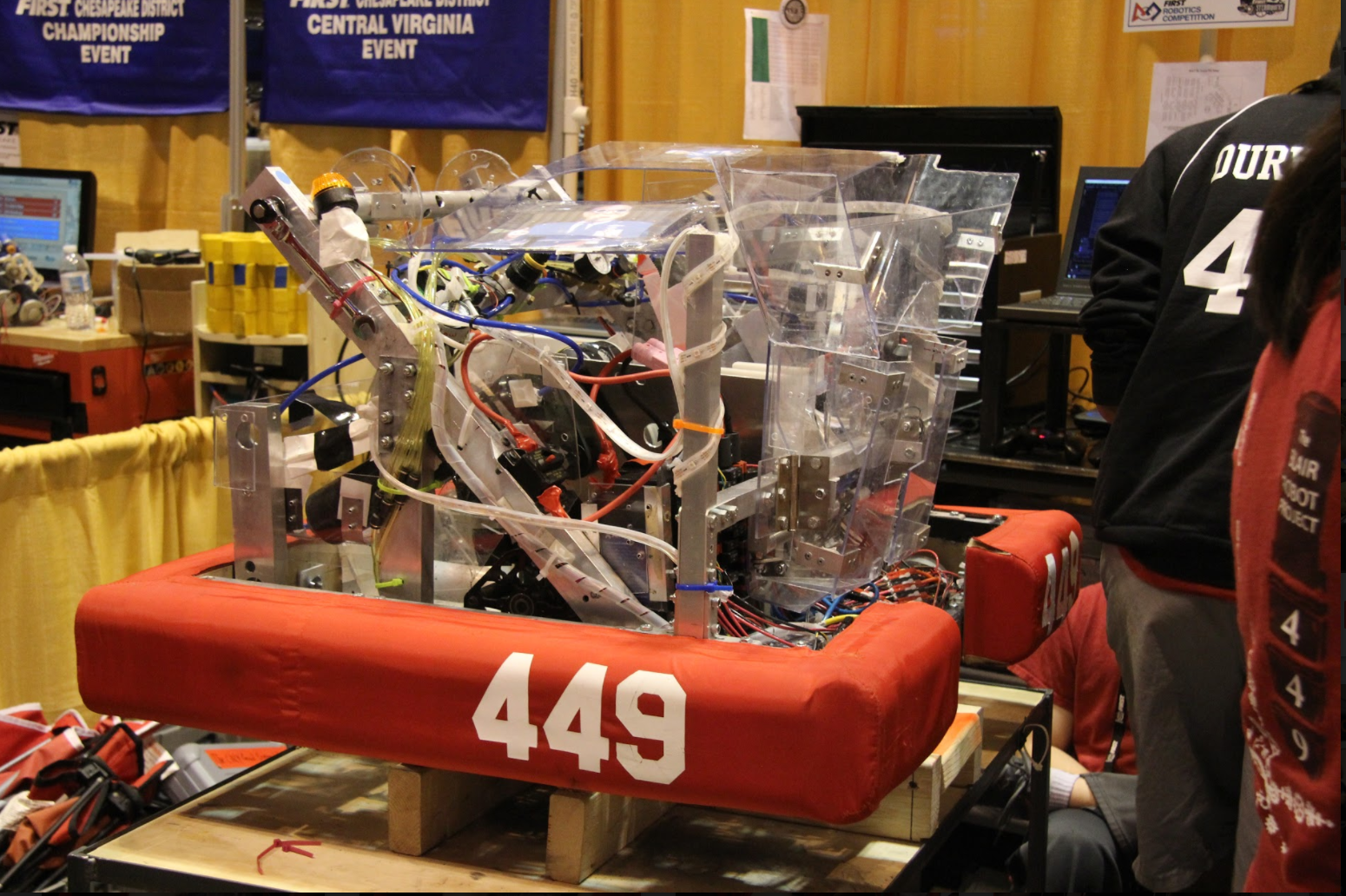 This year's challenge, "Steamworks", was to build a robot that could perform a variety of tasks, including collecting gears and placing them on a rung, shooting small balls into a basket and lifting itself up a tower by attaching to a rope. The alliance that scored the most points by completing these tasks would advance to the next round.

Junior Kevin Peachey, the leader of the Drive subteam for Robotics, said that adapting to difficulties throughout the building process enabled them to handle the challenge well. One difficulty the team encountered was how they would place the gears on the rungs. "We had problems with our passive gear mechanism, so we replaced it with an active gear mechanism," Peachey said.

Blair Robotics was also successful this year because of its organization. The team used an app called Basecamp that allowed members to post designs, due dates and other news on a team message board. In the past, each subteam would create their own design which sometimes caused disagreements, according to junior Ankitha Durvasula, Mechanics subteam member. Now the entire team works together to make the design using Basecamp, which has led to a smoother design process.

In the World Championships, after a set of preliminary rounds, teams are selected to alliances, with the top eight preliminary point-scorers as alliance captains. Captains select two other teams and an alternate to an alliance and any teams not selected are eliminated. A strong early performance by the Blazers allowed them to be selected by the fifth alliance. Although they fell 1-2 in a best of three quarterfinal matchup, the team was ecstatic with its achievement and qualification for the World Championships.

Despite performing so well this season, Peachey insisted that the best part of the year was the experience of going to St. Louis for the World Championships and meeting other top Robotics teams. "The achievement was great, but the real value was going and talking to these amazing people from all over the world," he said.