The Blair Robotics team attended the For Inspiration and Recognition of Science and Technology (FIRST) kickoff event for its 2011 Robotics Competition (FRC) this weekend. Blair's team, like thousands of other teams across the world, has six weeks to build a robot that can perform designated tasks laid out in this year's challenge. 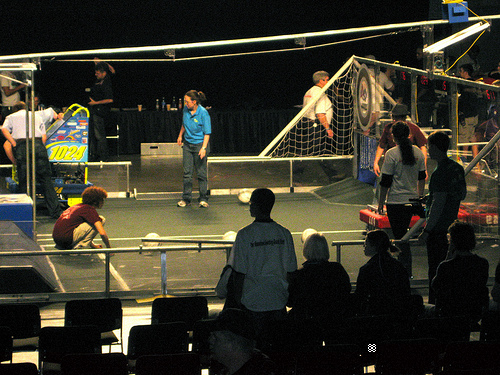 Dean Kamen, inventor of the Segway, founded FIRST, an organization that combines technology and sports. This year's FRC challenge, aptly titled "LogoMotion," celebrates FIRST's 20th anniversary. Competitors' robots must be able to hang inner tubes shaped as the FIRST logo – comprised of a circle, square and triangle – onto a wall. Teams will receive points based on how high and in what order their robot places each tube. As an added twist, teams have the option of building a mini-bot that can climb a pole to get extra points.

Though the competition is barely underway, the Blair Robotics Team has begun tinkering with early design plans and laying down the robot's basic mechanics. Specific groups within the team, such as Drive, Programming and Electronics, are focusing on individual functions of the robot. These functions include movement and turning, custom circuitry and tube manipulation.

Team leader senior Aaron Tucker was particularly interested in testing out the team's newest specialized group, Strategy, which intends to cut down on miscalculations. "FRC challenges are open-ended problems, and there's no guarantee that what we know is enough or that our design will work," he explained. "Strategy is a math-heavy way of trying to model a robot and come up with metrics for testing the success of a component."

Junior Kathryn Waychoff, head of Strategy, was confident that the group would enable a more exact method of testing the robot. "We needed to figure out a better way to play the game," she said. "With a sound strategy, the team can make decisions using numbers over gut feelings." 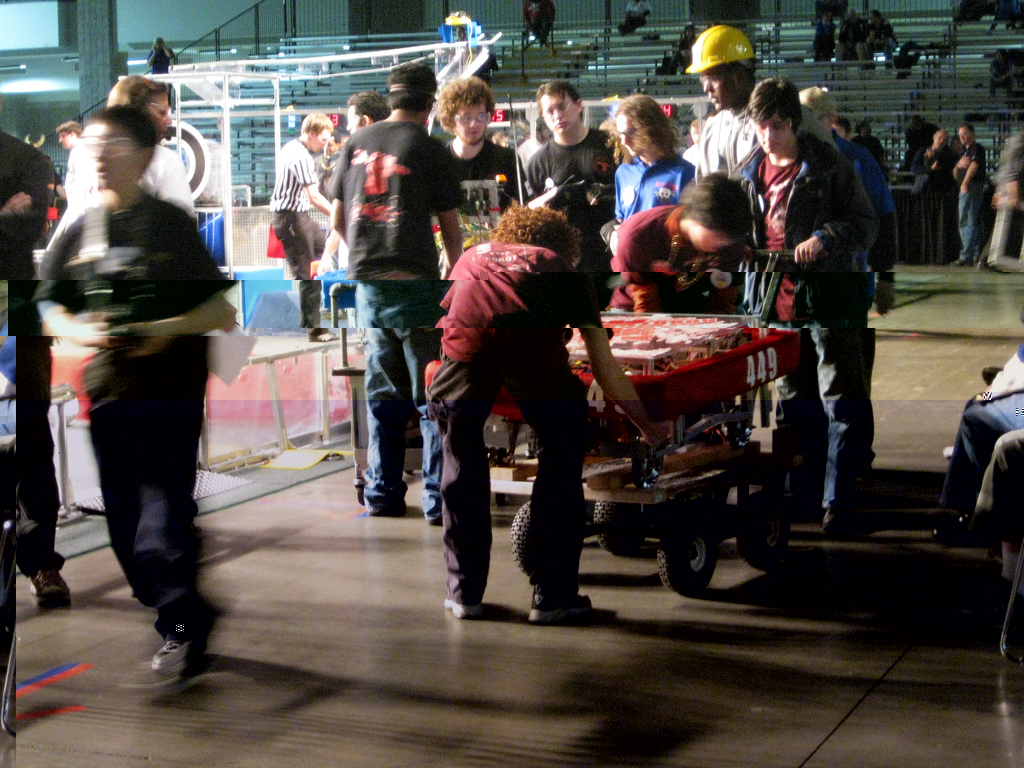 Photo: The Blair Robotics Team sets up their robot during last year's FRC. The team advanced to the semifinals in 2010.

Photo: The Blair Robotics Team sets up their robot during last year's FRC. The team advanced to the semifinals in 2010. Photo courtesy of robot.mbhs.edu.

This year's FRC is similar to the challenge from four years ago, but many participants are looking forward to the added mini-bot component. Blair alumni Katherine Bertaut, 2008 team leader and current mentor, said she liked the concept of the mini-bots because they give new members more of hands-on opportunities. "At a certain point, there are only so many people that can crowd around a single robot," she said. "Mini-bots give younger team members another element to work with."

Tucker mentioned that competition was as much about teamwork and cooperation as creating a robot from scratch. "You can't build these robots alone," he said. "Being on the team gives you transferable skills and participants learn how to communicate with others. When mentors teach younger members how to engineer the robots, there's a personal development factor."

Furthermore, the FRC fosters a feeling of unity between rival teams. "There isn't a sense of one-upmanship at all," junior Sally Barth, leader of PR, said. "It's a sporting event without poor sportsmanship." According to Tucker, during competitions there are two alliances composed of three robots each. "Basically, you're with two strange robots in every game, which forces you to hash out a strategy with the other teams depending on your robots' strengths," he said.

Though the competition season has just begun, Tucker is unconcerned with how far the Robotics Team gets. "I don't think people care where they end. It's nice to win, but we can have great seasons without making it very far," he said. "Playing the game and building the robot are completely different parts of the experience. The satisfaction comes from seeing the robot do what it was designed to do."

For more information about the Blair Robotics Team, visit their web site.