On Jan. 23, the Society for Science and the Public and Regeneron named 40 finalists for the annual Regeneron Science Talent Search. Of these 40 high school seniors from across the nation, four of them hailed from Montgomery Blair High School, an astounding one tenth of all finalists.

Seniors Andrew Komo, Alice Zhang, David Wu and Sarah Gao, were chosen "based upon their scientific research and also on their overall potential as future leaders of the scientific community," according to the Society for Science and the Public. Each conducted a scientific research project this summer for Blair's Senior Research Project class, part of Blair Math & Science Magnet Program, and submitted these projects for consideration for the Regeneron competition.

On Jan. 9, 300 students in the Regeneron Science Talent Search were selected as Scholars, earning $2,000 for them and their school. Of these 300, 40 of them, including the four Blazers, became finalists, earning a minimum of $25,000. 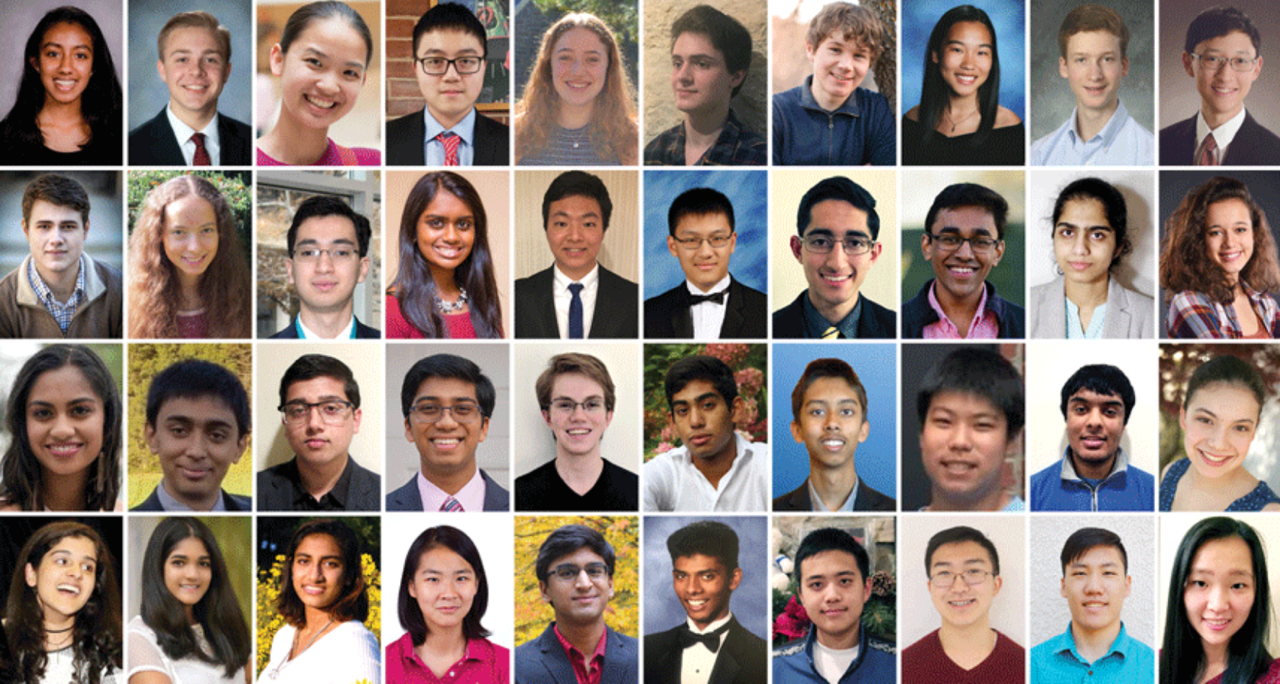 Photo: The 40 finalists for the Regeneron Science Talent Search.

Photo: The 40 finalists for the Regeneron Science Talent Search.

Komo, also the winner of the Siemens Competition in Math, Science, and Technology, conducted a project designed to protect the security of large, complex auctions. He recommends that Blair underclassmen consider performing a project of their own and applying for research competitions like Regeneron. "I learned a lot from this experience, and there is also always the chance of winning some money," Komo said.

Wu believes that his Regeneron experience will prepare him well for future endeavors. From his project, which involved connecting number theory conjectures to patterns in prime sequences, he learned "how to live, breathe, eat, sleep, and think like a number theorist," he commented. Given the amount of work required for his research project as well the time constraints for submitting it to the competition, he also learned to "cope with a high stress environment."

In March, the finalists will head to Washington D.C. for final judging, where they will show off their research to the public, meet notable scientists and compete to win the grand prize of $250,000.