Everything seemed to come together for Blair baseball on senior night. The last home game of the regular season was rife with strong defensive plays and quality pitching performances, all backed up with strong offensive play. Performing for a packed house of ardent fans, Blair took down Blake High School 6-1, to improve their record to 13-3 on the season.

The starting lineup Friday night was made up of all seniors. Starting pitcher senior Peter Berger put in an incredible performance, finally coming off the bench after recovering from an injury. Berger set the tone for the outing during the first inning, when he retired the side on a pop up, a line drive and a ground ball. Blair's bats came in strong in the bottom of the first, scoring two runs. Senior captain Max Salzman began what would be a standout night with a leadoff double deep into right field. Senior Cullen Morris followed up with a single past the outstretched glove of the Blake second baseman, scoring Salzman. Later in the inning, with captain John Ramsey and center fielder Jorge Noda on first and third, senior Sam Merrill grounded out to the shortstop, scoring Noda. 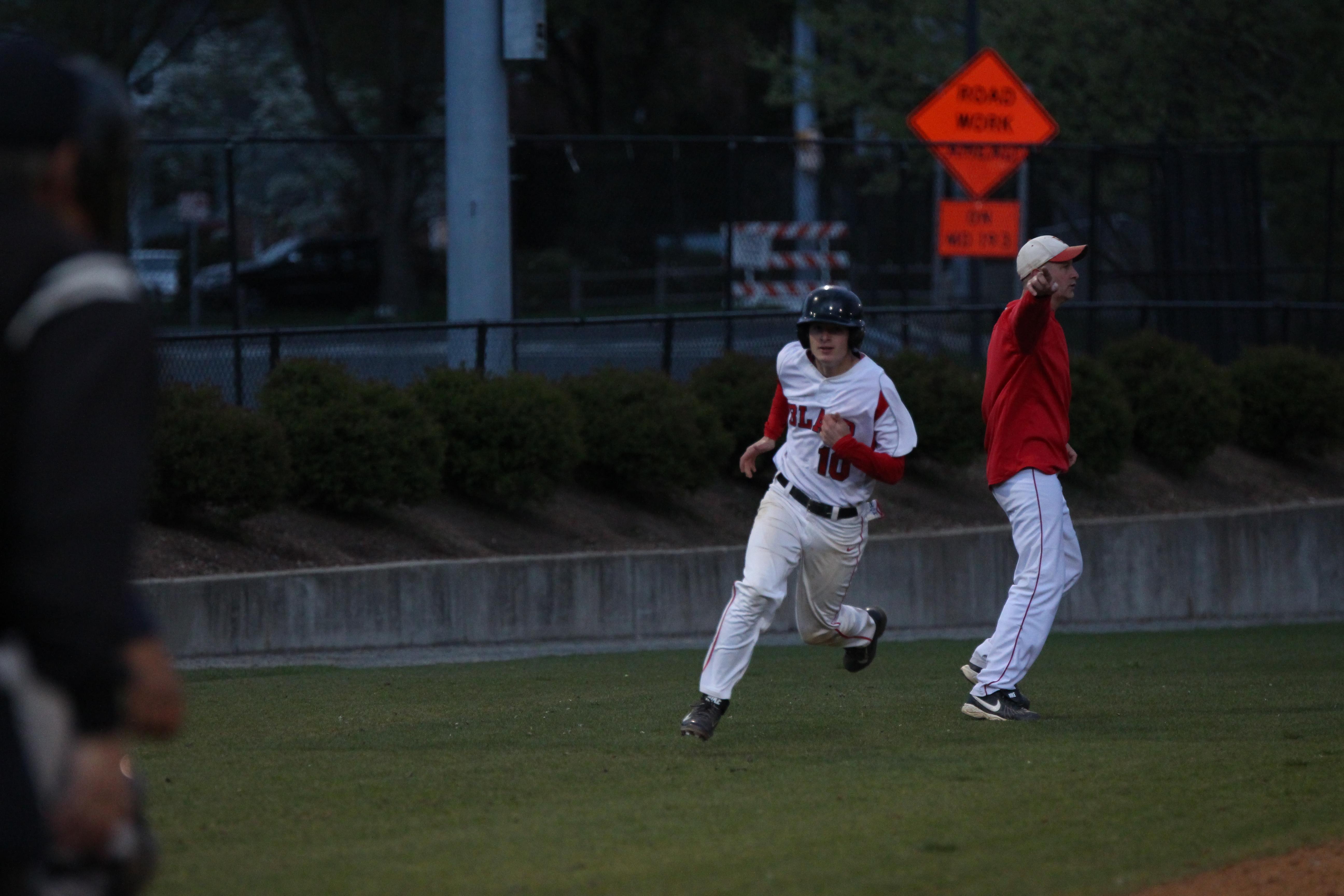 Photo: The Blazers enjoyed sweet success on their Senior Night.

Photo: The Blazers enjoyed sweet success on their Senior Night.

In the top of the second, Berger continued to perform strongly. After giving up a leadoff single, Salzman, Ian Kiefhaber, and Ramsey pulled off a brilliant 6-4-3 double play, with Ramsey nearly performing a split at first to receive Kiefhaber's throw. In the bottom of the second, Blair tacked on another run on an RBI double by Salzman.

In the fourth, after both sides were retired in the third, Blair scored twice more. With runners on second and third, Salzman continued his streak with a 2 RBI triple. Salzman was happy with his senior night performance. "This year has been a lot of ups and downs. I missed a couple games from my injury and I've really been in my own head. Tonight was about having fun, and when you play loose, you play well," he said.

Berger once again retired the side in the fifth. In the sixth, Blake tacked on their only run of the night, on a Blair outfield error. Coach Eric Zolkeiwicz was very impressed by Berger's performance. "I thought Peter did fantastic. He's been out a couple games, trying to recover from his injury, and I couldn't by happier with how he played."

After scoring one more run in the bottom of the sixth to make the score 6-1, Cullen Morris pitched in the seventh, the closing role in which he is most dominant. And he was dominant Friday night, striking out the side to give Blair a victory on senior night.

After the game, seniors reflected on their time playing for varsity baseball. "This group of guys is unlike any other," said Salzman. "I couldn't think of any other team I'd rather play for than Blair."