Blair slam poets move to their own beats

"Beautiful black women mother of the earth/A skin who's been embraced by the sun but led by a curse." These words begin senior Andy Mbala's poem entitled "Black Women."

Words trip off the tongue, thought after thought with no breaks —and they rhyme. Among the thousands that roam hallways, fifteen or so students meet each week to watch, talk and perform. This is Blair's Poetry Slam Club.

The meeting starts with an episode of HBO's "Def Poetry Jam." Students watch as professional poets on the show rattle off lines about war, gender roles and catcalls. Mbala says that this kind of slam poetry goes a lot deeper than wordplay. "Most people think it's just rhyming but it's not really that. It's really what's inside and how you're feeling," he says.

English teacher and club sponsor Michelle Edwards started the club earlier this year. When she attended the National Poetry Slam Festival over the summer, she was surprised that Blair was not among the high schools represented there. This inspired her to start the club in the hopes it would eventually develop into a team.

Edwards believes that poetry can serve as an outlet for expression, helping young people to handle their problems. "Slam poetry has a therapy feel to it because you're speaking from your heart about anything," says Edwards.

Like many of the Blair poets, freshman Naomi Weintraub joined the club because she likes the freedom of slam poetry. "There are no real rules or guidelines. You can express yourself however you want and really say your opinions," she says.

Club members cover a wide variety of topics in their original poems, but all focus on issues that have impacted their lives deeply.

Writing to a rhythm

Mbala's poem continues to say, "Beautiful black women I've compared you to female dogs and garden tools/We live in a corrupted society lead by lying fools." A beat plays as club members start to write. They've watched the professionals, and now many want to share their own work. Taylor says that the club's supportive environment makes sharing easy.

Senior Alison Kronstadt says that when writing poetry, she first develops a central idea and a clear opening. From there the poem comes naturally to Kronstadt. "Once you get started it's just about letting the words come out," she says.

This club also attracts many different types of people. Briggs appreciates the diversity of the Poetry Slam Club. "It shows that everybody can come together and not really worry about race or personality, but just worry about poetry and the expression of it," he says.

Poetry Slam Club hopes to reach out to the larger student body at Blair. Edwards thinks that by going to local competitions, the club could get the word out about Blair's poets. "There are a lot of talented people here at Blair and we don't always get to know each other's talents," she says.

Edwards suggests that increased slam poetry performances in the community could help improve communication between adults and students. "I think it's important for the adults in our community to hear the voices of young people and when it's done in a way that's constructive people will be receptive to it," she says. 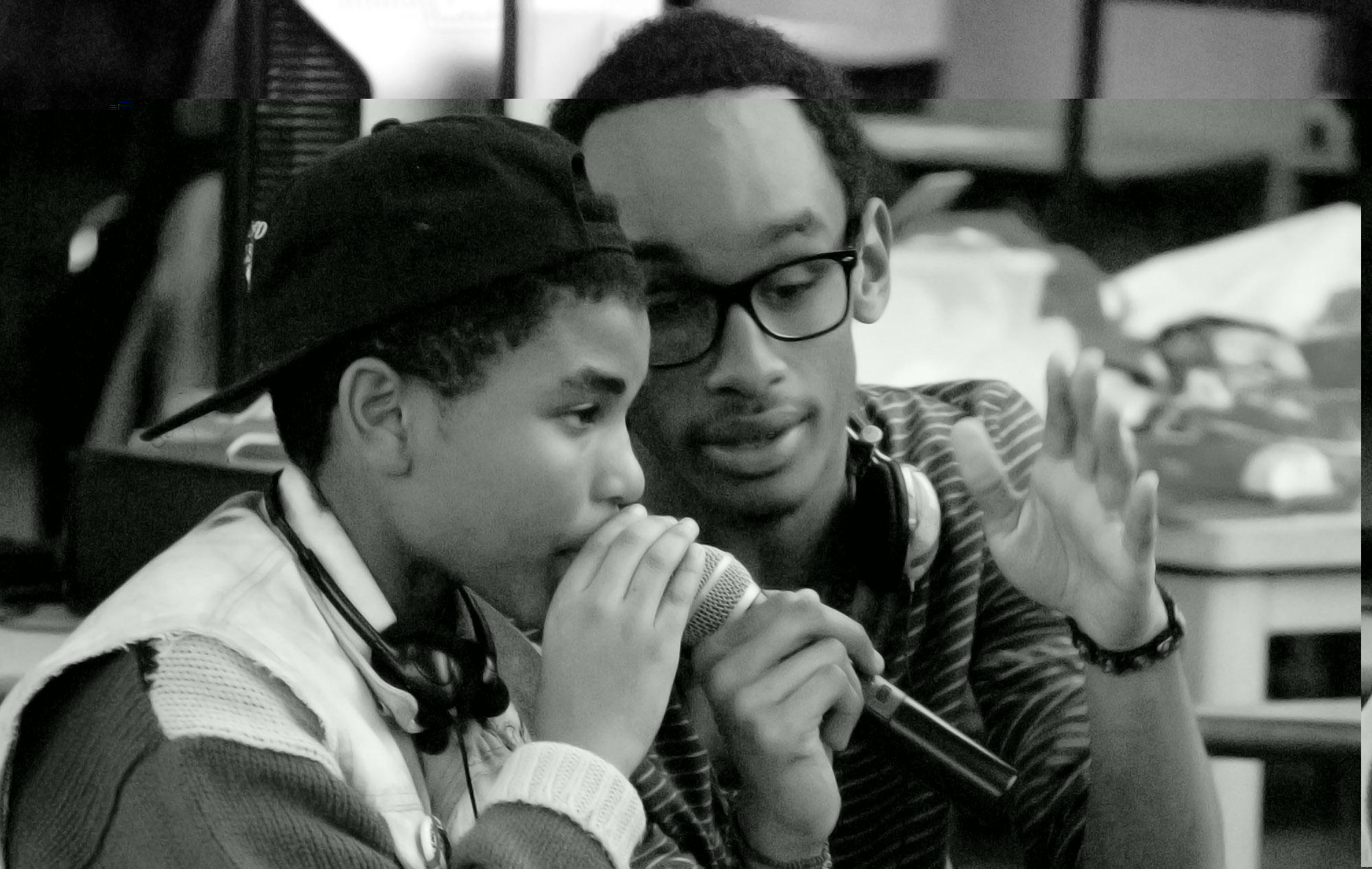 Briggs agrees that the club needs to be bigger to generate the kind of response the poets are hoping for. "If more people learned about poetry club, they could start writing more," he says. "They could start performing more and that would bring communities together and people together."

This expansion is underway, with the club planning to perform in an open mic in the next few months at Busboys and Poets, a restaurant and bookstore that frequently hosts performances.

For now, being involved in the Poetry Slam Club and being able to give and receive feedback is enough for these Blair poets. "I love the fact that you can write your own stuff and the fact that you can listen to other people's work and give your own impression," Briggs says. "Slam poetry can bring communities together and people together."