On Sat. Jan. 11, Blair faced one of their toughest opponents in division two. The Blazers traded points with the Patriots, a team who shared their undefeated overall record, before ultimately defeating them 196.5 - 173.5.

Just before the meet began, Wootton sparked a team-sprit battle as many of the Patriots donned angel-halo headbands to symbolize a counter theme to the Blair’s Blazer mascot. This would later prove ineffective as the Blair team consistently out-cheered Wootton as the first event began.

Diving gave the Blazers an early lead, as the girls took first and third while the boys maintained depth and placed second and third.

The 200-yard medley made it clear that the meet was going to be much tougher than others Blair had swum this season, with Wootton swimmers constantly on the trails of the boys and girls. The boys claimed the top two spots, while the girls secured second and third.

200 freestyle oversaw the first of many close battles of the meet, as senior captain Max Casey-Bolanos broke away to narrowly claim first in the last few meters of the boy’s heat. Wootton girls put up a much harder fight, allowing the Blazers to only claim third place in the event.

200 individual medley (IM) was another close race for the Blazers. The boys managed to claim the second and third positions, while Wootton locked the girls out of all positions but first.

50 freestyle was overall the closest(and quickest) event of the afternoon, passing by in the blink of an eye as swimmers from both the boys and the girls formed an almost straight wall moving across the pool. Despite this, the Blazers fell just short on points as Wootton claimed first and third for the boys and second and third for the girls. 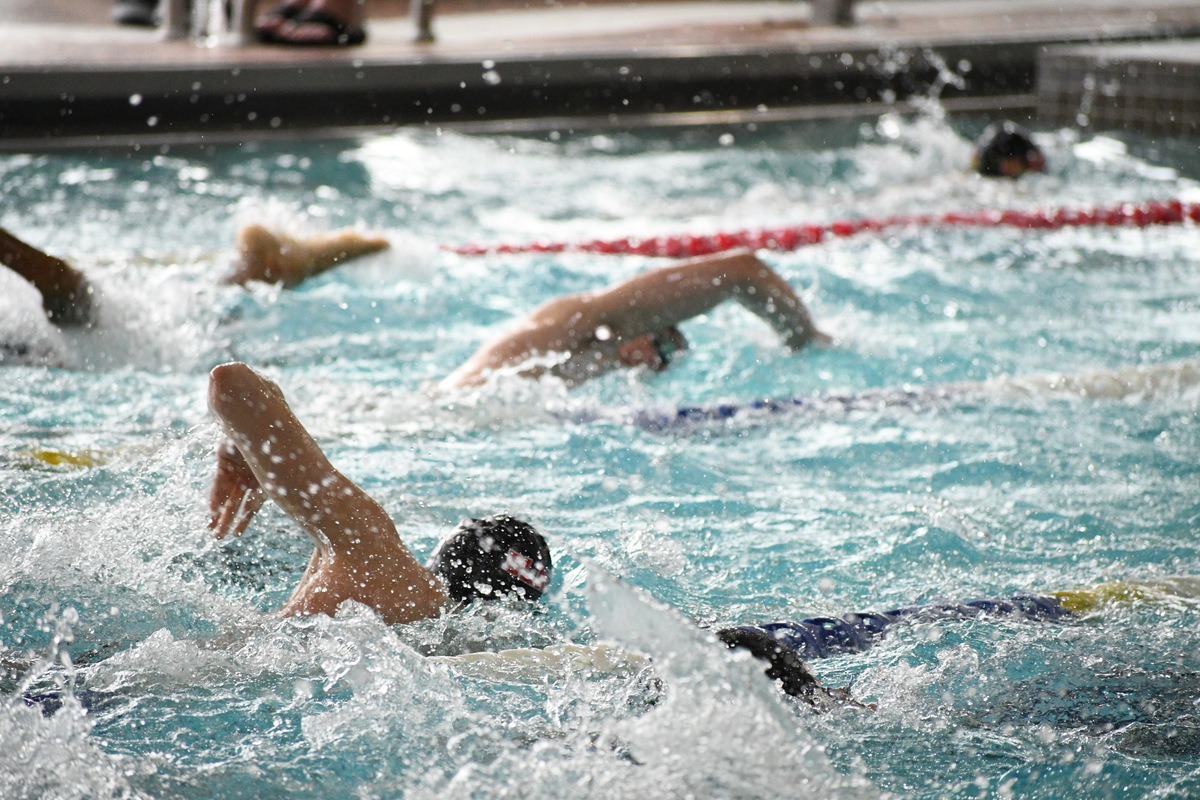 Photo: The Blazers triumphed over Wootton, a team that was similarly undefeated in division two. (Photo courtesy of Sam Levy)

Photo: The Blazers triumphed over Wootton, a team that was similarly undefeated in division two. (Photo courtesy of Sam Levy)

﻿The boys proved their superior overall stamina and were about to sweep 500 freestyle, but Wootton managed to swipe third place by a mere 0.05 seconds. The Wootton girls put much more pressure on the Blazers and fell just short of the position.

Wootton really pushed back for the boys in the 200-yard freestyle relay, only ceding second place to the Blazers. The girls dominated the relay and claimed the first and third position after another incredibly close battle for first.

100 backstroke was one of the team’s best performances of the meet with the boys and girls each claiming the first position in their respective heats. This was followed up by Wootton’s last major push in a close-as-ever 100 breaststroke. The boys narrowly claimed second and third but the Wootton girls kept the Blazers from making a top-three finish.

The final event of the evening, the 400 free relay was a near sweep for the boys with first place stolen from behind as a result of a gargantuan push from Wootton’s lane four swimmers. The girls closed out the event placing winning a comfortable second place.

Looking back at the meet, Casey-Bolanos thinks that the Blazers can improve their finishes in the meets and championships to come. “Today’s meet went well, but many of the races we lost were lost in the last 15 yards of swimming. So there’s definitely something to work on there.” he reflects.