At the beginning of this year, Blair Sports Academy (BSA) eliminated certain programs due to budget cuts faced by the Montgomery County Recreation Department (MCRD). 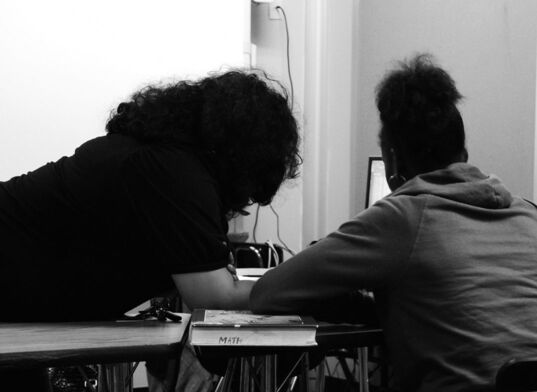 According to Jose Segura, recreation director in charge of BSA, BSA was forced to downsize its staff at the beginning of this year. "We kept the ones that were really connecting to the students," Segura said. The staff now includes about 10 adults to supervise the after-school program, which is a significant decrease from last year's staff.

Segura also said that the downsizing has increased the workload of each staff member. "Everybody is doing more day-to-day operations with less money," said Segura.

Among the programs to be cut was the weekly student talk with local policemen, according to Segura. Before this year, policemen used to show up weekly to BSA and talk to the students in attendance, Segura said. The program was intended to help students to build a positive relationship with law enforcement officials in order to encourage productive behavior, he said. According to Segura, the policemen were intended to provide students who may be struggling in school with role models. "It is a great partnership with the school and the police," said recreation supervisor Stephanie White.

According to senior Nathan Ipanag, who has been a member of BSA for four years, policemen would occasionally play ping pong or basketball with the students. Policemen would also occasionally break up fights or discourage rowdiness, said Ipanag.

BSA has not been the only program to be downsized. Budget cuts have extended beyond BSA and into the MCRD. According to MCRD Regional Manager Terry Blount-Williams, program reductions are due to statewide budget problems.

The most obvious impact of the budget crisis has been the downsizing of the department, Blount-Williams said. A number of MCRD employees have been transferred or replaced due to the budget situation, according to recreation director Emily McDonnell. Offices within the MCRD are being either combined or downsized, leading to a number of office and position switches within the organization over the past several months.

For example, whereas Segura used to report to the MCRD Teen Team, he must now report to the official in charge of recreation programs for the entire Montgomery County region. 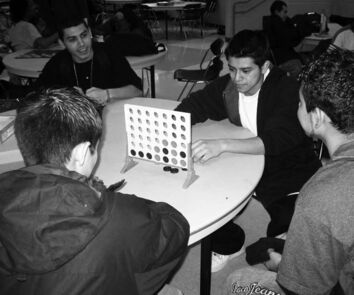 Although the county budget crisis has forced BSA to eliminate several programs and staff, the academically-oriented programs have gained high priority, and some have been added, Segura said. The Blair administration has decided to partner with BSA in offering a lunchtime support option for struggling students. According to Segura, about twenty students have consistently shown up for help within the first week, and he expects the number to grow in the coming weeks. BSA's after-school program survived the financial cutbacks.

Segura also said that BSA has added a "parent component." The aim of the initiative is to keep the parents of struggling students involved in their children's lives and education. Segura believes that the parent connection program will attain its goals of successful communication and involvement. "I think it's going to be successful," said Segura. He added that the administration would also be involved in the plan of connecting students and parents.

BSA's after-school program will continue, as it was not affected by the budget cuts. Segura said that this program is meant to give students a safe place to spend their time after school. "BSA is a fun place to go after school, if just to socialize or play ping pong," Ipanag said.

The program provides a number of sports, video games and snacks for students who do not have another activity after school or whose parents may not get home until later in the evening. "Kids who come to our programs would be out on the streets if not for this," said Segura.