Magnet senior Justin Kovac placed seventh in the 2005 national Intel Science Talent Search (STS) for his project "The Effects of Warm Core Rings on Hurricane Intensification in the Gulf of Mexico," according to a press release dated March 15. Ten national winners were chosen from a group of 40 finalists, among whom were four Blair students.

Kovac will receive $20,000 in scholarship money for his investigation of warm pools of water in the Gulf of Mexico called warm core rings and their interactions with hurricanes. Kovac believes that his findings are a step in ensuring more accurate predictions of hurricane strength. 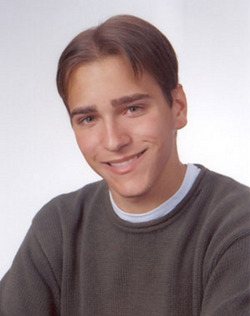 The three other Blair finalists, seniors Sherri Geng, Abigail Fraeman and Michael Forbes, will each receive $5,000 scholarships and an Intel® CentrinoTM mobile technology-based notebook computer. In all, Intel STS winners were awarded $530,000 in prize money.

The Intel STS is the oldest and most prestigious nationwide science competition. Competition winners have garnered over 100 of the most coveted science and math honors, including six Nobel Prizes, three National Medals of Science, 10 MacArthur Foundation Fellowships and two Fields Medals, according to the Intel press release.

In the past two years, two other Blair Magnet students, Anatoly Preygel and Gordon Su, were named among the top 10 Intel STS winners.

This year's first-place winner was David Bauer of Hunter College High School in New York. Bauer was awarded a $100,000 scholarship for his research and development of a method using "quantum dots" to detect toxic agents that affect the human nervous system.