Students at Blair participate in a wide variety of clubs, competitions, service projects and groups where they are able to win awards and make their mark on the world. The COVID-19 pandemic has stopped some of these competitions from happening or delayed them. For others, it has greatly altered how these groups interact with each other and their community. Despite these circumstances, Blair students have been able to persevere through these difficult times and win awards, help their community and more.

Senior Kevin Xu along with junior Leon Si, a student at Victoria Park Collegiate Institute Ontario, designed an app that won U.S. Representative Jamie Raskin’s Congressional App Challenge. This nationwide competition organized by Representative Raskin allows for students to submit an app design that they have coded themselves. The submission includes a video of the creators explaining their app and what they learned from the experience. In addition, the winning app is featured in a U.S. Capitol exhibit as well as the House of Representatives website. This competition is meant to encourage student’s creativity and participation in the Science, Technology, Education and Math (STEM) field. 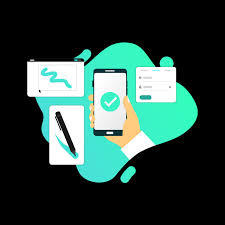 Photo: Senior Kevin Xu along with junior Leon Si, a student at Victoria Park Collegiate Institute Ontario designed the app Tabulo to aid teachers in the classroom (courtesy of Tabulo)

Photo: Senior Kevin Xu along with junior Leon Si, a student at Victoria Park Collegiate Institute Ontario designed the app Tabulo to aid teachers in the classroom (courtesy of Tabulo)

Their app Tabulo is a virtual whiteboard meant to aid teachers with online learning. The app connects a phone or other mobile device to a computer where users can draw or write on their mobile device and it will be immediately transferred onto the computer. In addition, Tabulo allows students to collaborate with teachers by allowing teachers to invite students to a Tabulo whiteboard. The app transfers drawings from a phone or other mobile device to the computer by connecting the two devices. Representative Raskin noted the app's importance at a press release. “[It will] dramatically improve the virtual learning experience for teachers and students during the COVID-19 pandemic,” Representative Raskin said.

Not only did Xu and Si win the Congressional App Challenge, but they also submitted their design to a Silicon Valley app competition. As a part of this competition, Tabulo won the award for Best App and Best Education App. The panel of judges included Steven Chen, a co-founder of Youtube and the Head of Product at Uber’s self driving car initiative.

Blair students have not only succeeded in the STEM field but also in music and the arts.

Two Blair students, freshman Karen Chao and junior Alena Hu won the National Philharmonic's Solo Bach Competition, which switched to a virtual format this year. The competition was open to students in the D.C. Metro area who play the violin, viola, cello and bass. Participants had to submit a video of them performing two movements from a partita, sonata or suite written by J.S. Bach. Chao and Hu’s performances can be found here.

In addition, Blair’s music department as a whole has achieved many things despite the pandemic. Blazers accepted into the Montgomery County Public Schools (MCPS) Honors Ensembles will be able to participate in a variety of workshops in the coming months. Many Blair musicians were also accepted into the Maryland Music Education Association (MMEA)’s All State ensembles.

Both Doughty and Hao noted that practicing their instruments has not changed much. Doughty noted that being stuck at home has been better for her and her practicing. “I've had more time to invest in practice, which is really nice, but I really miss meeting in orchestra in school,” Doughty says. However, Hao explained how online school and the pandemic has made participating in bands more difficult. “we don't have the experience of being surrounded by other players and hearing the ensemble as a whole,” Hao says.

Junior Dhruv Pai was also selected for MCPS’s all-county virtual chorus. Being a part of this chorus isn’t the only thing Pai has achieved this year. Pai and junior Matthew Casertano are founders of Teens Helping Seniors, an organization that is working to help seniors during the pandemic. On Dec. 22, Pai and Casertano worked with several other service groups to spread the holiday spirit by distributing gifts to seniors and veterans. Earlier in the month, Pai and Casertano were featured on Disney Channel for their work. In their Disney Channel appearance Pai spoke about why they founded Teens Helping Seniors and what they do. “[We have] a goal of providing contactless deliveries of necessities like groceries and medications to seniors and to other populations including the disabled and veterans in our community,” Pai says. The non-profit which originally started with only Pai, Casertano and five volunteers has grown to 750 volunteers spread out across the U.S. and Canada.

Blair’s Academic Team which participates in Quiz Bowls and Academic competitions competed in a virtual quiz bowl competition. Four team members led by Mr. Culver participated in this competition that will be televised and aired on Saturday, Feb. 20, 2021 at 10 a.m.

The pandemic has taken a toll on the Blair community, but it has also demonstrated the resilience and perseverance of Blair students. Despite the challenges faced Blair students have still been able to achieve many things. Through these achievements they have been able to aid fellow students and teachers and pursue what they are passionate about.