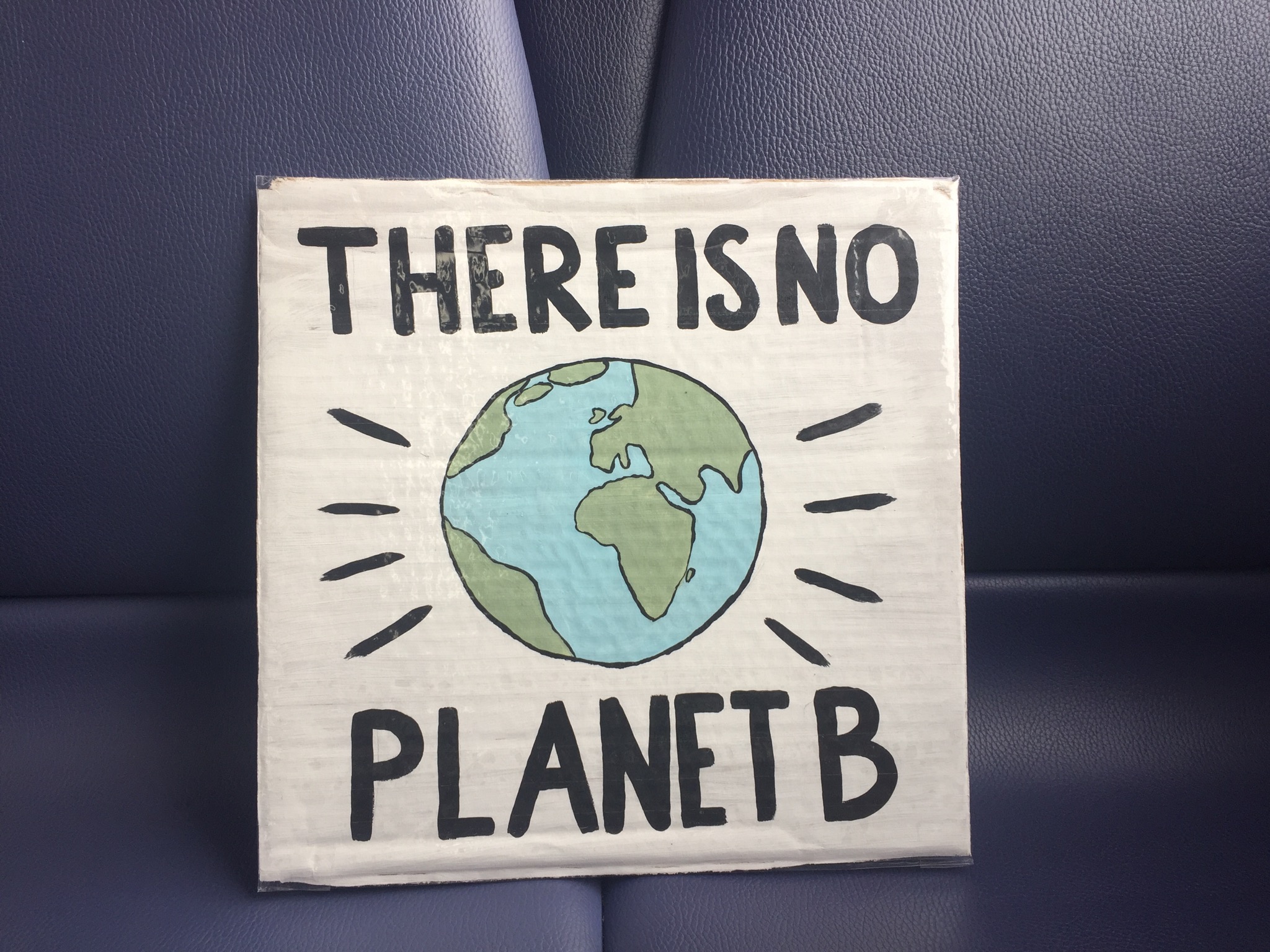 There Is No Planet B

On March 15, students from around the area attended a rally for climate action at the United States Capitol. The rally was part of the International School Strike for Climate. At 9:30 a.m., Blazers gathered at Blair and marched down Colesville Rd. to the Silver Spring metro station. As they walked, they chanted “Hey hey, ho ho, fossil fuels have got to go,” “What do we want? Climate action! When do we want it? Now!” and “Stay united, fight for our climate.” They made their way to the Capitol Building grounds, where they listened to speakers and performers.

Bella Garfield, a junior who takes AP Environmental Science at Blair, said that the environmental issues she has learned about this year motivated her to strike. “I’ve always been passionate about the environment. I think it’s really important for us to start taking a stand for our future because we’re the ones who have to deal with this," she said. 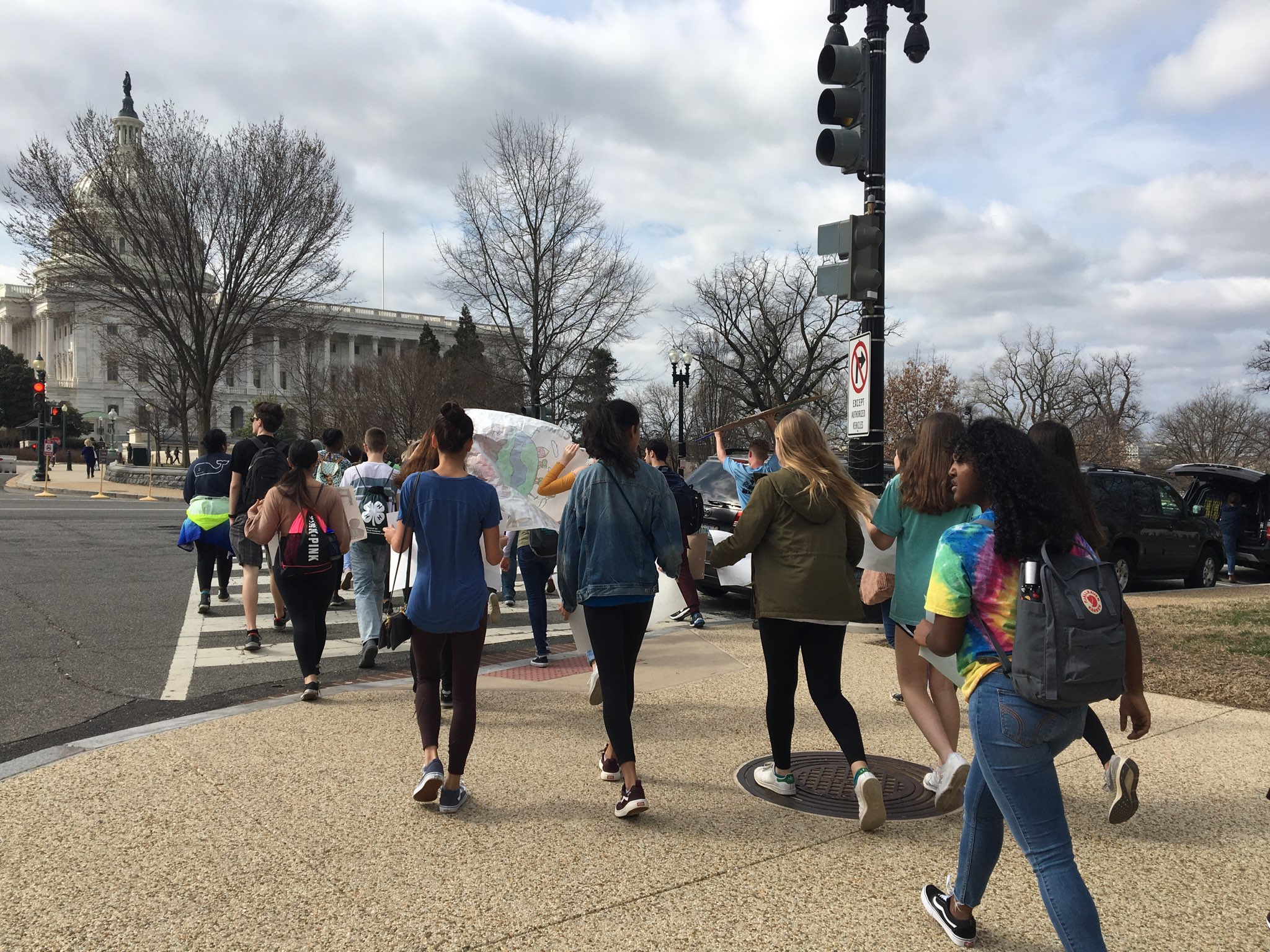 Photo: Students march on the streets.

Photo: Students march on the streets.

Blair sophomore Jordan McAuliff is involved in the Montgomery County chapter of the Sunrise Movement and helped organize Blair’s attendance at the rally. She is passionate about the intersectionality of the movement and hopes she can continue working with others across the world to take action. “I’m really passionate about how intersectional this issue is and how climate change affects people of color disproportionately,” she said. “Hearing people tell those stories and explain why this so specifically matters to them is so inspiring.”

Sophomore Rekha Leonard also attended to speak up for government action. “I’m here because I think it’s ridiculous that people in our government don’t even think climate change is real, and I want to change that,” she said.

Speakers at the rally included Rep. Ilhan Omar (D-Minn.), Isra Hirsi and Havana Chapman-Edwards (known as the Tiny Diplomat). Chapman-Edwards called for climate activists to be inclusive in their advocacy, citing her experiences of climate injustice around the world. Others called for teens to oppose corporations contributing to climate change. "We must not let the current administration prioritize corporate interests over the health of all of our communities," Omar said. 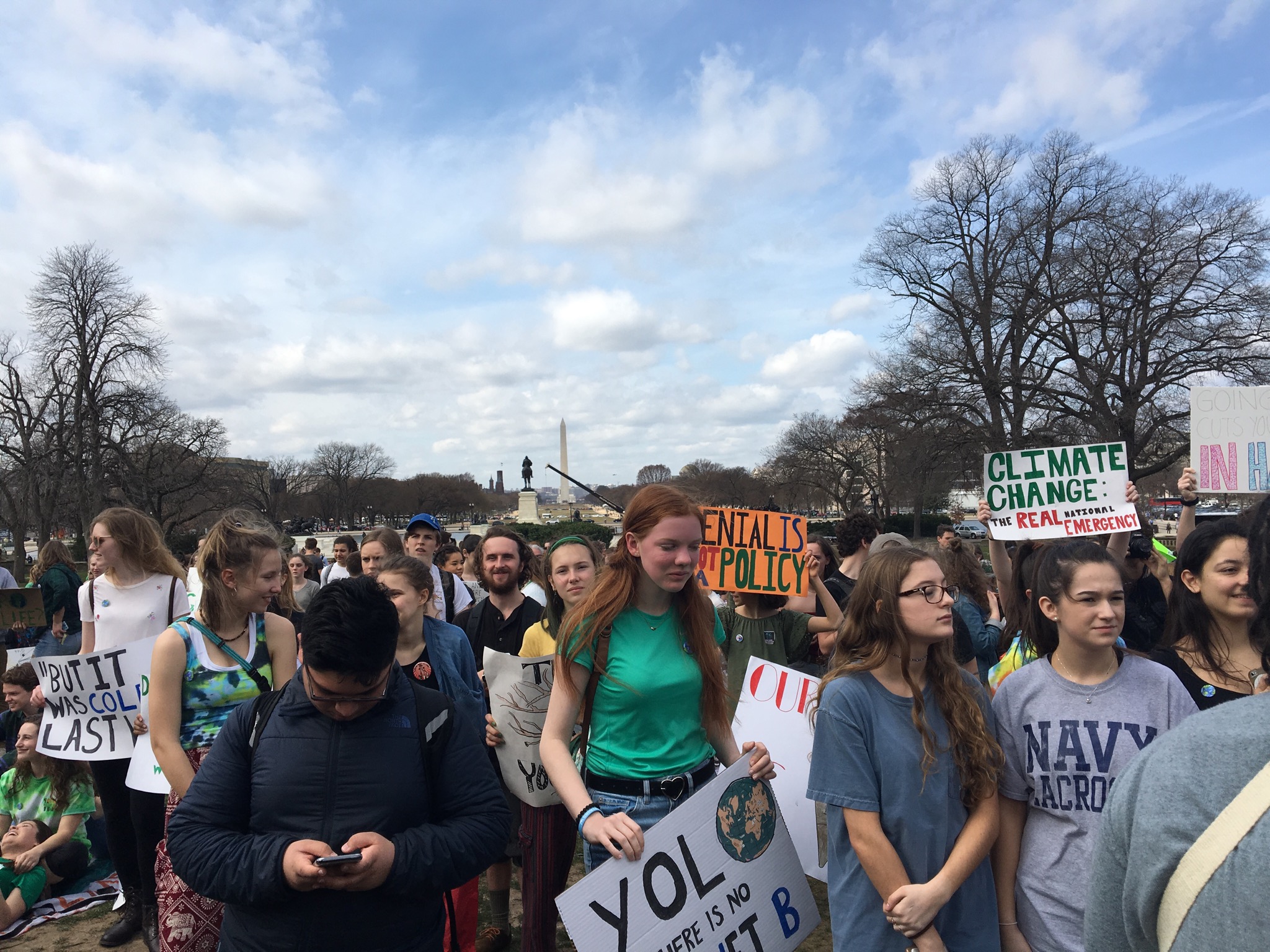 Photo: Blazers hold up signs for the strike.

Photo: Blazers hold up signs for the strike.

A number of student organizers also spoke. “In 11 years, the damage from climate change can not be reversed, and that is something I simply choose not to accept,” Karla Stefan, 14, said. “It is so great to see so many young lives committed to making change... we are the next generation of voters, the next generation in congress and the last generation to reverse the effects of climate change. We have no choice but to be the generation that creates change,” another speaker said. Strike co-director Haven Coleman, 12 called on the protesters to act now to avoid future mass displacement.

Between speeches, students participated in call-and-response songs and chants led by the student organizers of the strike. “Let them hear us!” the organizers chanted. “We strike for a planet on which we can live and prosper. We are the first generation that will be impacted by climate change and the last generation that can do something about it.”

The strike ended with 11 minutes and 49 seconds of silence to represent the 11 years left to take climate action and to remember the lives lost in the March 14 Christchurch mosque shooting. At 1:30 p.m, students left with a final chant as the rally dispersed.

Many strike participants hope to continue their activism in the future. "We want to change this climate crisis. Even if you're tiny, your voice is not, and you can change the world one step at a time," Chapman-Edwards said after the rally. Maddy Fernands, a sophomore at Edina High School in Minnesota, also wants the climate action movement to maintain momentum. "I think we're going to keep striking until something is done," she said. "We won't accept anything less than what's necessary," she said.