Proceeds of the Aug. 31 event will go to Hands On New Orleans

The Montgomery Blair Katrina Project (MBKP), formed by a group of Communication Arts Program (CAP) seniors, is hosting a five-kilometer race on Aug. 31 to benefit survivors of Hurricane Katrina in New Orleans. Registration begins at 7:30 a.m. at Silver Spring International Middle School and the race begins at 8:30.

Proceeds from the race, dubbed the Run-o-vation, will go to Hands On New Orleans, an organization that aids in the reconstruction of New Orleans. The run costs $18 for students, $25 for adults and $35 for day-of registrants. The 3.1-mile course will follow Sligo Creek Parkway from Wayne Avenue to Colesville Road. A free 1-kilometer Fun-o-vation run for children will be held after the race. 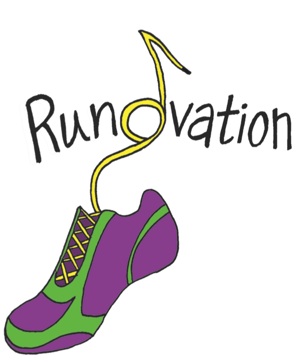 Gold and his team wish to raise a considerable amount of money for the cause. "We haven't really set a target goal because we've never organized a run before, " he said. They are aiming to raise between $3,000 and $5,000.

Gold recalled that the inspiration for helping victims of Katrina came last spring after he and fellow junior classmates in Kevin Shindel's CAP Guided Research classes watched Spike Lee's documentary "When the Levees Broke." "In the minds of most American citizens, Katrina is in the past," Gold said. "But, in reality, the school systems are still a mess and everything in general is still really, really bad."

Moved by the film, the students wanted to plan a series of events to raise awareness about the existing damage in New Orleans. Once they formed the MBKP, the initial concept was to have a weekend-long festival, to closely coincide with the third anniversary of Hurricane Katrina, which hit the Gulf Coast in August 2005. Difficulties with arranging and fundraising something of that magnitude caused the plans to fall through at the start of the summer, Gold said. Senior Neva Bowers thought of the idea for a race to raise money for victims and rebuilding efforts. "It was the part of the weekend that we could still see doing," Gold said.

The MBKP enlisted the help of Silver Spring businesses to arrange the event. Pacers, a running store, is assisting the group with race organization and official timing for the event. Downtown Silver Spring developer Peterson Cos. has helped with "event management, public relations and serving as a liaison with our merchants to enlist their support and donations," marketing manager Laurie Yankowski said.

In addition to race-day assistance, Peterson Cos. permitted the students to maintain a regular Friday-night booth in Downtown Silver Spring, where the group has raised $700. Gold said. Peterson Cos. was happy to help in the endeavor. "Downtown Silver Spring is committed to our community and when the students from Blair High School approached us for our support of their efforts, we felt this was a terrific group of students wanting to do wonderful things to help others in need," Yankowski said.

The MBKP also organized a benefit dinner at Noodles & Company on Aug. 27; 25% of the night's proceeds will go directly to Hands On New Orleans.

Gold and fellow organizers look forward to the race and hope that the upcoming run will not be the last of its kind. He hopes that after he and his classmates graduate, there will still be a student effort to help those in need. "It all depends on what future grades do and if they want to continue helping out with these kinds of causes," he said.

Register online for the Run-o-vation 5K.